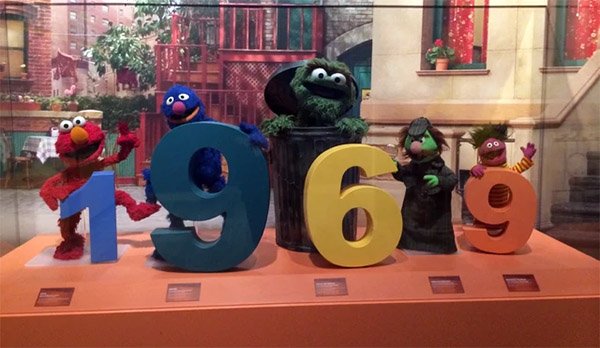 On November 10th, 1969, a television revolution took place with the premiere of Sesame Street. But did you know that other things happened in 1969? Things that were, and stick with me on this, also important? So, to celebrate Sesame Street’s 50th anniversary, I thought we could take a look back to when other moments from that year and the people that made them possible found themselves on the Street.

Perennial underdogs, then and now, the Jets stunned the football world by defeating the heavily favored Colts to win Super Bowl III. Before the game, Jets quarterback Joe Namath guaranteed the press that his team would be victorious, and he backed it up, winning MVP honors to boot. And while he wouldn’t win another Super Bowl, Namath did go on to appear in several Sesame Street inserts during the 1970’s, which is like winning the Super Bowl of television. 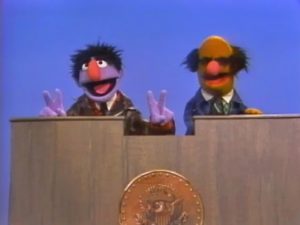 The only president (to date) to resign the office, Nixon’s first term began in early 1969. And while Nixon himself never appeared on the show, his famed “V” hand gesture was performed by Biff in the song “We Coulda,” as Biff imagines that he and Sully are Presidents of the United States. Of course, Nixon wasn’t the only one to use that hand gesture, but he the best-known President to use it. And while he was never on the show, he did send a letter to show creator Joan Ganz Cooney in 1970 praising Sesame Street, calling the show, “one of the most promising experiments in the history of [television].” I guess even Tricky Dick wasn’t all bad!

Arguably one of the greatest basketball players of all time, Lew Alcindor, better known as Kareem Abdul-Jabbar, had an amazing run as a player for UCLA, winning three consecutive NCAA tournaments from 1967 to 1969 and being named Most Outstanding Player in those same years. Later that year, he would make his debut in the NBA with the Milwaukee Bucks, having an amazing career as an athlete, actor, and author. One of the few people who can rival Big Bird in height, Abdul-Jabbar appeared in a 2013 episode of Sesame Street, teaching his feathered friend about subtraction.

July 20th, 1969 – Apollo 11 lands on the Moon, Neil Armstrong becomes the first astronaut to walk on the lunar surface

Arguably the defining moment of 1969, the Moon landing was a global event, transcending borders and boundaries to capture the imagination of the world. And nearly thirty years later, Sesame Street used footage from that milestone moment in Episode 3697, as Slimey learned he would be going to the Moon, while Gordon and Maria nostalgically recalled how the moment impacted them. And seven years later, one of the Apollo 11 astronauts, Buzz Aldrin, appeared on Sesame Street to explain to Cookie Monster that the Moon is not, in fact, a cookie. And let’s be honest, I think we need that reminder every now and then, which is probably why Sesame Workshop put the whole episode online. It’s truly a public service.

One of the most iconic concert festivals in history, Woodstock brought together some of the biggest music acts of the time in one place, many of whom still have legions of fans today, including Janis Joplin, Jimi Hendrix, The Grateful Dead, Joan Baez, Arlo Guthrie, Santana, The Who, and Jefferson Airplane. And of course, it’s also been parodied on Sesame Street as the Mudstock festival in Episode 3950, which Oscar’s Grouch band aspires to play. With celebrity appearances being part of the show’s DNA, it was bound to happen that a Woodstock artist would also perform on Sesame Street. As it so happens, the artist who opened the festival, Richie Havens, appeared on the show for several inserts in the mid 1970’s, counting to 20, and performing “Here Comes the Sun” and “Wonder Child.” 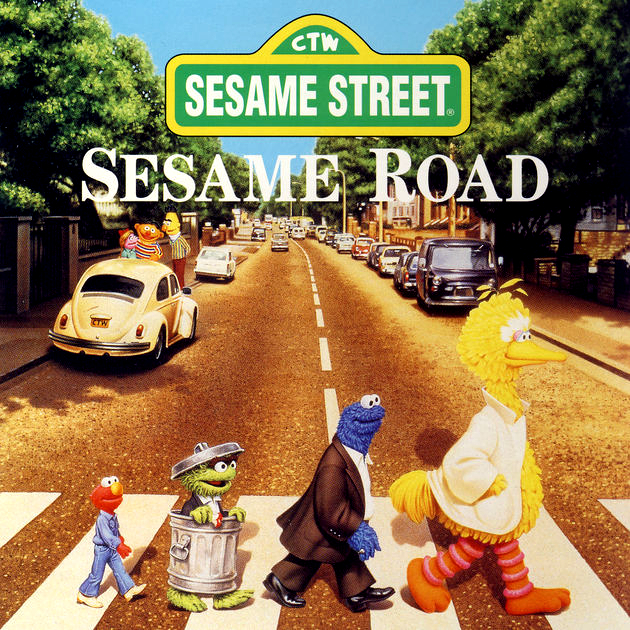 September 26th, 1969: The Beatles’ Abbey Road is released and The Brady Bunch premieres on ABC

One of the most celebrated albums in The Beatles’ history, one of the songs from the album, “Octopus’s Garden” was performed on Sesame Street just over two months after its release in Episode 0019. And of course, the iconic album cover was parodied with Sesame Street Muppets for the cover of Sesame Road.

And who can forget The Brady Bunch? One of the most singable television theme songs of all time was parodied in 1996 with “Telly’s Lunch.” More bologna, less Ann B. Davis. It’s a tradeoff. 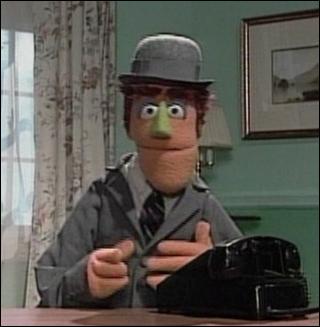 It’s…. hard to imagine comedy today without Monty Python. Without them, dead parrots wouldn’t be funny at all, there would be one less song about lumberjacks, and Spam would just be a luncheon meat. And while the more direct connections with the troupe can be found with other ends of Jim Henson’s creative world, Sesame Street paid tribute with the character Monty, a Muppet with a British accent who was rather silly. In his tenure on the Street, he introduced “flying circles,” had a conversation with a python, and talked about something “completely different.” It’s a pretty obvious reference, but I suppose a character named Dinsdale wouldn’t have had the same impact. 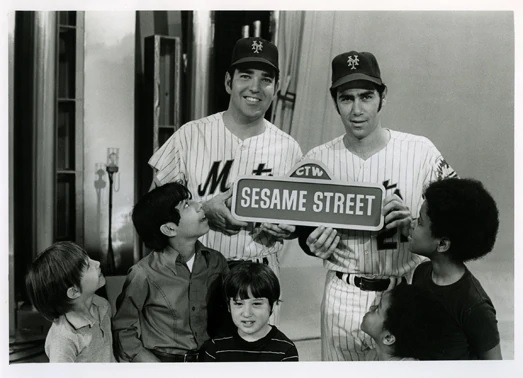 October 16th, 1969 – The New York Mets stun the baseball world by defeating the Baltimore Orioles to win the 1969 World Series

What is it with underdog New York teams defeating teams from Baltimore to win championships in 1969? But I digress. The Mets, known for having one of the worst starts to a franchise in baseball history, amazed everyone by winning the World Series in just their eighth season of existence. And of course, being a team from New York, two members of the ‘69 team, Ed Kranepool and Art Shamsky, did something with Sesame Street, though whether it was an onscreen appearance or just a photo shoot is currently unknown.

October 29th, 1969 – The first message is sent over ARPANET, the precursor to the internet

Hey, the internet sure is neat! Without it, the research for this article couldn’t have been possible. Heck, without the internet, you wouldn’t be reading this. And all these neat clips and pictures would just be files in a vault somewhere. So if you’ve read this far, thank ARPANET! And I’ll thank you. Enjoy this video of Sesame Street Muppets answering some of the internet’s most searched-for questions with my compliments.

And after all this, we’ve come full circle. So to close it out, I want to celebrate one of Sesame Street’s best self-parodies: Cookie World. Mostly because there’s never a bad time to watch it. Happy 50th, Sesame Street, and all these other great moments!

Click here to defeat Baltimore and win a championship on the ToughPigs forum!