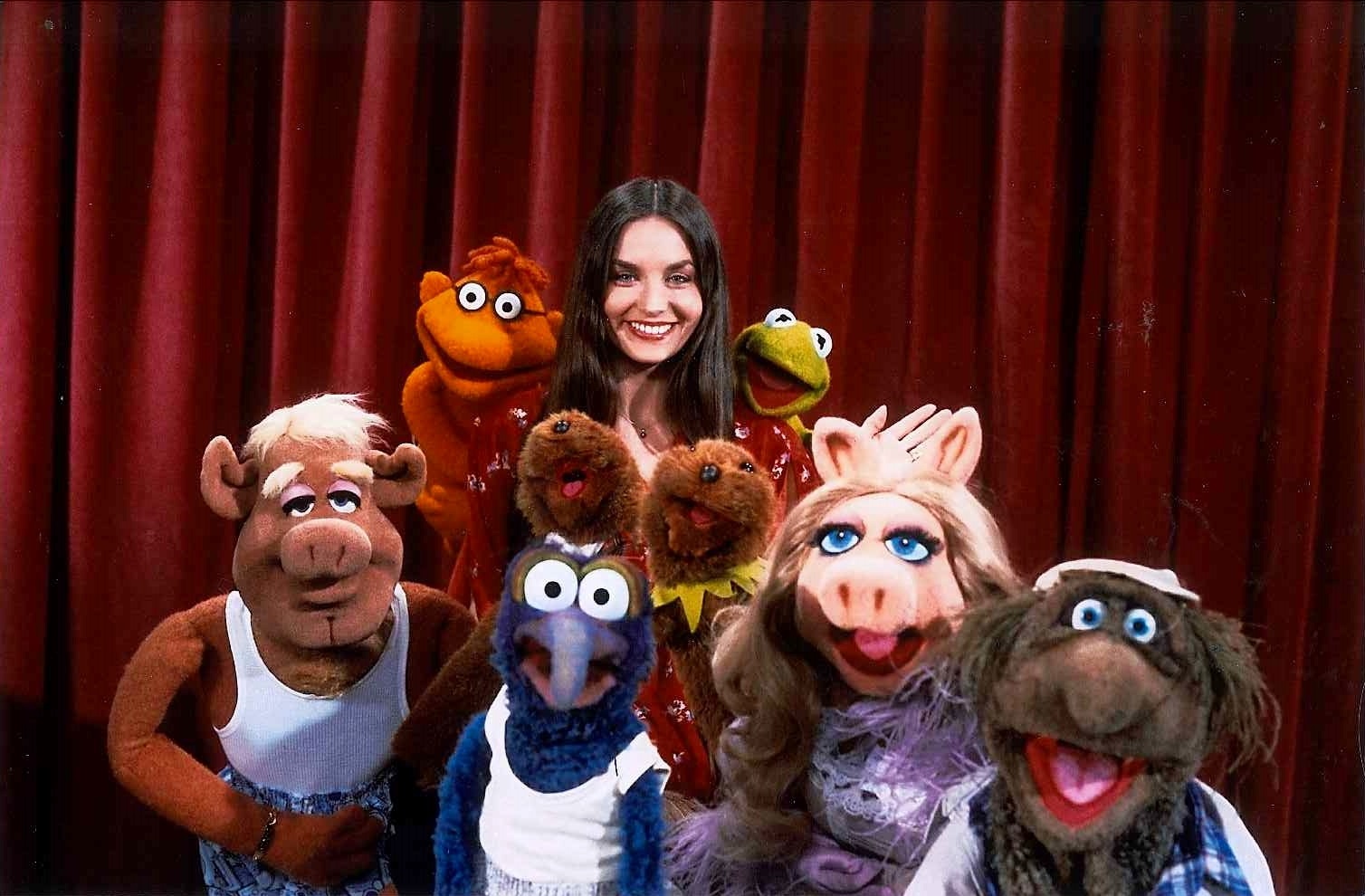 In a second season episode of The Muppet Show, Sam the Eagle gave his famous discourse on nudity in the world today.  He’s not wrong – technically, we’re all completely naked under our clothes.  And in the case of many of the Muppets, they’re just flat-out nude all the dang time.

Kermit the Frog is a prime example.  He’s regularly seen in the buff with no concern for impropriety.  But in the Crystal Gayle episode, we learn that nudity means something very different to Kermit.

This episode features the Prairie Dog Glee Club, once the stars of one of my all-time favorite Muppet Show scenes (as I described in my review of the Roy Rogers and Dale Evans episode), but now reimagined as a bunch of kleptomaniacs.  Or, as Scooter put it, “They’ve got a bit of pack rat blood in them.”

Unpredictably, the prairie dogs end up stealing, well, everything.  They take props, food, utensils, and then the unmentionable happens: They steal Kermit’s collar. 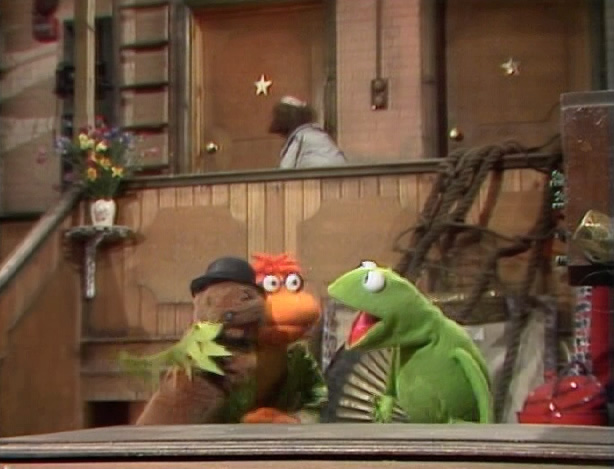 Now, we all know that frogs in real life do not have pointy collars.  Heck, most Muppet frogs don’t have pointy collars.  But Kermit does, and it’s his signature style, which we’ve rarely seen him without since the Sam and Friends days.  We rarely find ourselves asking if it’s a part of his body or a fashion choice, and normally it doesn’t matter. But when a rogue prairie dog rips it away from him, it comes as a shock to both Kermit and the viewer.

Kermit, left with his lower neck scandalously exposed, recoils and hides as if he’s having that nightmare where you’re in school in your underwear and you’re late for a test.  Later, he attempts to save face with a paper bag over his head, which is not exactly the best strategy if you’re caught in the nude, unless you just want to make sure nobody recognizes the strange naked person in the room.

This opens the debate about what nudity truly means to the Muppets.  Kermit doesn’t mind walking around without shirt, shoes, or pants, as long as he’s got his collar on.  Fozzie Bear is in a similar boat, with just a hat and neckerchief to cover his modesty.  Rowlf, the dog he is, is fully nude without even a dog collar.  Sam the Eagle, as he stated so directly, believes that we’re all naked, no matter how we try to cover up. 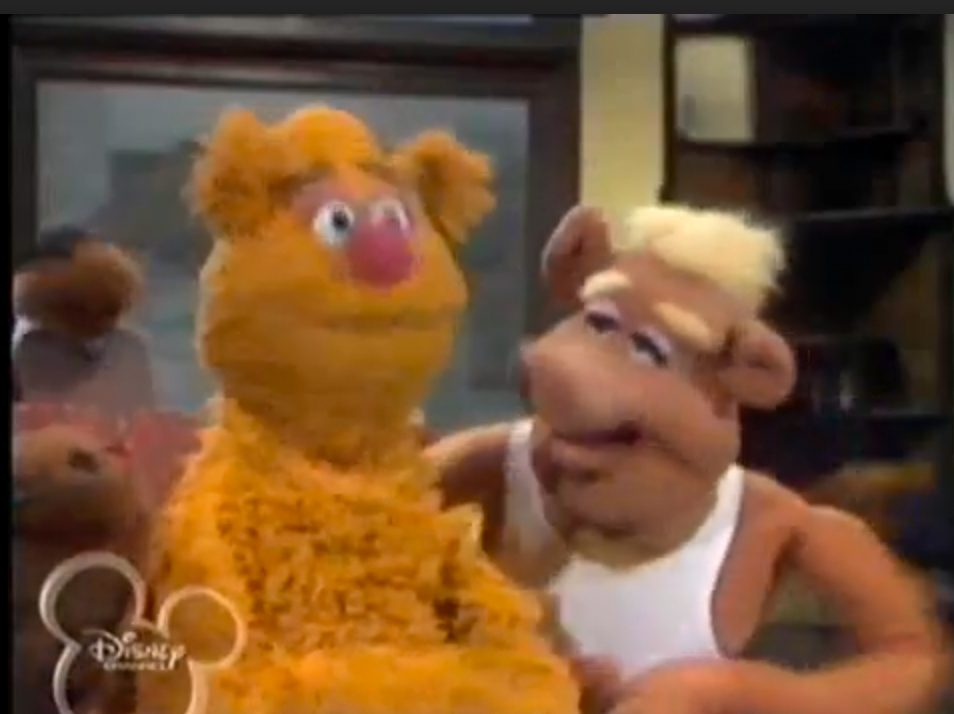 It’s a question that’s eventually extended to everyone, as by the end of the episode, the prairie dogs have successfully stolen the clothing off the entire cast, including Statler and Waldorf (seen wearing barrels – “Now we’ve got to worry about termites!”) and even guest star Crystal Gayle.

It’s a bit of humor that holds up as a 1979 time capsule, but not so much through the lens of 2019.  Nobody wants to be stripped naked against their will in front of a laughing audience.  There’s no real resolution, moral, or comeuppance for the prairie dogs.  I guess the lesson is to keep an eye out for pickpockets, or else you might have to put on a variety show while completely naked.  Words to live by. 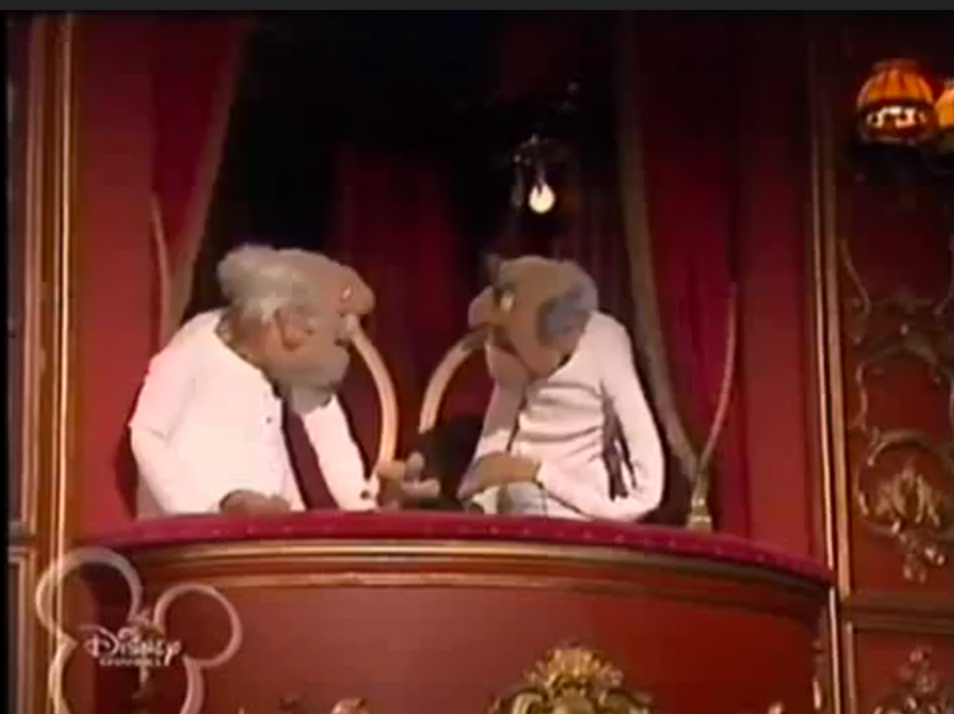 Best Joke: In the cold open, Crystal Gayle asks Scooter to run lines with her.  They read the script, and the dialog is the exact exchange they had moments earlier.  It’s a wonderfully clever bit of meta humor, and I kinda wish they built the whole episode around it.

MVM (Most Valuable Muppet): Poor Kermit goes through the ringer in this episode. The least we can do is award him the MVM.

Should-Be-Classic Moment: This photo of Kermit.  That is all. 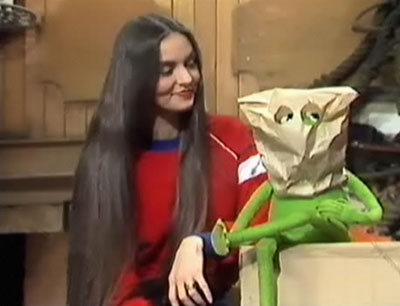 Most Dated Joke: After a number in a German brewery, Statler and Waldorf have this exchange:

Statler: Well, what did you think of that number?
Waldorf: I can’t talk about it.
Statler: Why not?
Waldorf: I still have relatives in Germany.

Now, I may not be the most well-versed student of history, but is Waldorf suggesting that he has ex-Nazi relatives?  Or he has World War II victims in his family?  WWII ended about 34 years earlier, so I suppose this sort of conversation may have been slightly more common in 1979 amongst the older generation.  Still, I’d rather not think too hard about what, exactly, Waldorf did during the war. 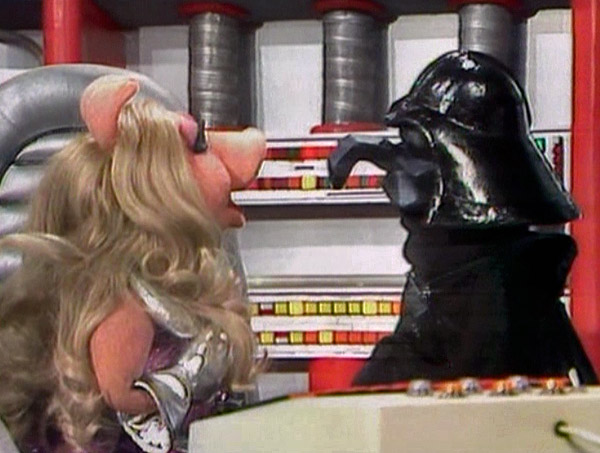 First Appearance Of…: Dearth Nadir, the space tyrant in a dark helmet, accompanied by chicken Stormtroopers.  His initial reveal is so brilliant, as the TV screen takes advantage of the two-dimensionality while Nadir stares straight ahead, only to reveal his familiar hook nose when he turns his head. Anyway, we’ll see more of him when we cover the Star Wars episode in February.

Adultiest Content: Oh man, aside from all the nudity already mentioned in this article?  Well, it’s definitely during the scene in Miss Piggy’s dressing room.  She’s upset that certain things seem to be missing, and when the prairie dogs reveal themselves as the culprits, it certainly looks like one of them is wearing a pair of panties on his head.  Oh. My. 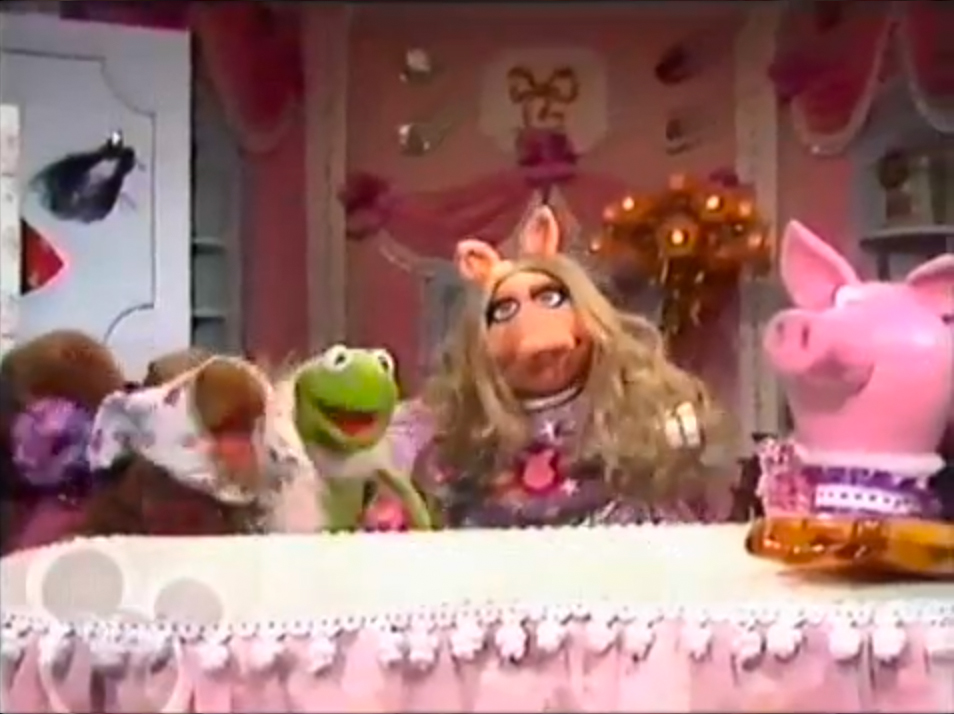 One More Thing…: It’s worth mentioning that Crystal Gayle and former Muppet Show guest star Loretta Lynn are sisters – the only siblings to have appeared on The Muppet Show (although Daryl and Paige Hannah later popped up together on Muppets Tonight).  Makes you wonder if they ever compared their Muppet experiences over the Thanksgiving dinner table.

Okay, One More Thing…: Spotted in the background in the canteen: a Sesame Street Magazine cover!  The episode was filmed in May, 1979, and the issue came out just two months earlier.  And then it was never seen again, because the prairie dogs stole it. 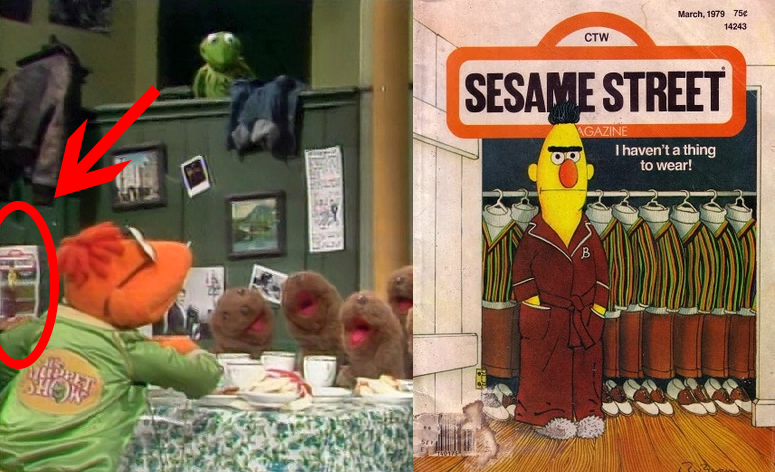 Click here to wear your birthday suit to the ToughPigs forum!