My Week with the Beanstalk, Hour Four 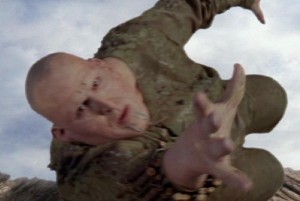 I have another nice thing to say about Jack and the Beanstalk: It’s actually pretty educational. It’s taught me a lot so far.

You see, about ten years ago, my grandmother gave me a necklace that transported me underground to the kingdom of the mole people. They were pretty cool and stuff — digging in the earth, finding lost treasures, cooling the inner world so that volcanic eruptions didn’t cause earthquakes. Anyway, they had this big machine that crushed rocks into diamonds that they said was kind of important. If we lose that, the mole people will die, we’ll stop cooling the inner world, earthquakes will destroy humanity… blah blah blah, I wasn’t really paying that much attention, you know?

Anyway, I just borrowed the machine. I was planning to take it back. I mean, a year here is only a day for the mole people, so I figured, I’ll just borrow it for a couple of days, crush some rocks into diamonds, who’s gonna notice? Then I got busy and I sort of forgot about it. I’m pretty sure I still have the machine around here somewhere.

So watching Jack and the Beanstalk made me realize that maybe that wasn’t the best thing to do. I mean, the people in Giantland seem pretty upset. By the way, Giantland — is it just me, or does that sound like a supermarket? Come to Giantland for super big savings every day! Sale today on enormous beans! Come to Giantland for bargains that are out of this world!

Giantland. It just kills me. Anyway. What was I talking about?

My Week with Jim Henson’s The Storyteller Day 3: Lucky Stiff

My Week with the Beanstalk, Hour One

My Week with the Beanstalk, Hour Two