VIDEO: All the Muppety Stuff from the Henson Museum Announcement 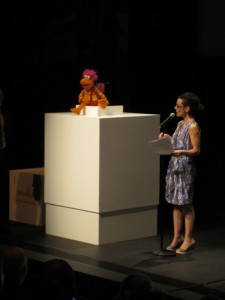 As you’ve no doubt heard by now, New York’s Museum of the Moving Image and the Jim Henson Legacy announced this week that they will be collaborating on a permanent gallery devoted to the works of Jim Henson.  (Click here for some photos from the announcement!)

The gallery won’t be open until “Winter 2014-2015,” which gives you plenty of time to start saving for your trip.  But for now, you can watch the below video we took at the museum’s official announcement, which we have helpfully edited to include only the most Muppety parts.  Take a look:

-After the presentation, they brought out the original Jim Henson Muppet (of Country Trio fame), and the board of the Jim Henson Legacy and several other people took photos with it.  Thus Jim was present not only in spirit but in foam. 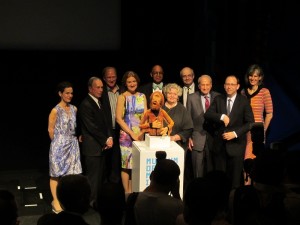 -We learned after the presentation that Gobo’s box originally just said “FRAGILE,” until the Henson Legacy’s Bonnie Erickson took a marker to it and turned it into an actual joke. (It’s also worth noting that great minds think alike, as a similar gag appeared in a Playing with Dolls comic strip by Danny Horn and Chris “Smig” Smigliano on this very website years ago.) 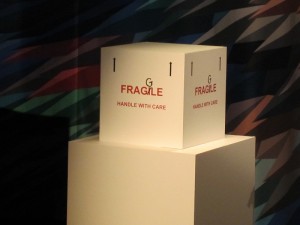 -It was lovely that the puppeteers were thanked by name at the end of the presentation, and hilarious that Mayor Bloomberg managed to mispronounce two out of three of them. 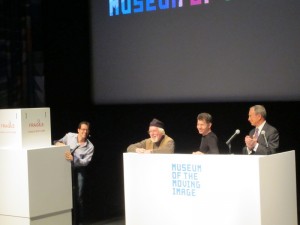 -For those of you wondering whether the Moving Image gallery means the previously announced Henson wing at the Center for Puppetry Arts in Atlanta has been cancelled, not to worry: We’ve been told that Atlanta will still be receiving a significant number of Henson puppets for their collection. 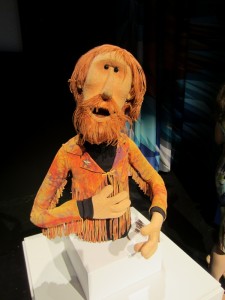 VIDEO: Take a Tour of the New Sesame Street Set