Ty Burrell, not Christoph Waltz, to Star in Muppets 2 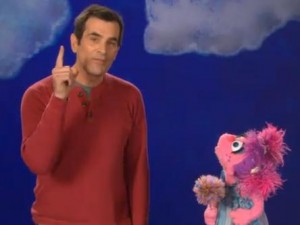 Man, we were so excited when we heard that Christoph Waltz would be playing an Interpol agent in the new Muppet movie.  Apparently he had to back out due to scheduling conflicts (I’m sorry, but when there are scheduling conflicts, you are supposed to cancel the non-Muppet stuff!), leaving us with a hole in the shape of a scary European Oscar winner.  So of course, the natural replacement is funnyman Ty Burrell.

Burrell, best known for his stellar work on Modern Family, will be taking over the role of the Interpol agent in the sequel to last year’s The Muppets.  This seems like a departure from Waltz, which it most certainly is, but it’s still fantastic news, as Burrell is freaking hilarious.

Click here to turn a waltz into a hexagon on the ToughPigs forum!