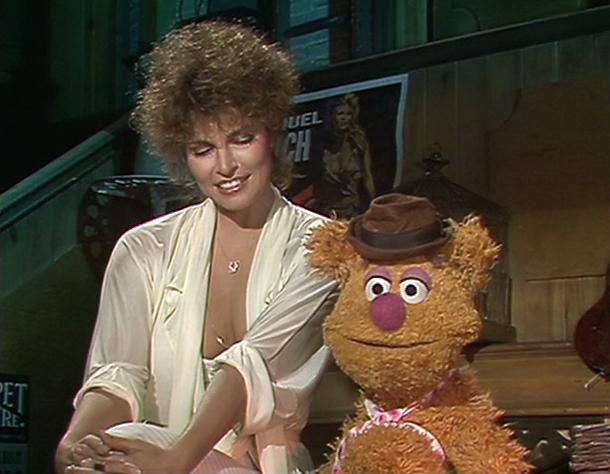 When I sat down to re-watch the Raquel Welch episode of The Muppet Show for this review, I was expecting to write about a fun, light episode. It had been some time since I’d seen it, and maybe I’ve done some growing since the last time. But I came to a revelation, one I never saw coming: the Raquel Welch episode is secretly one of the darkest, most tragic episodes of The Muppet Show. (If you happen to be playing a record while reading this, now would be a good time to scratch it.) At first glance, you’d never notice it. There’s a lot of funny stuff here. Heck, I never noticed it before now. But when you go below the surface, this episode is a story about image; how the characters are perceived, and how they want to be seen, and how they abandon their pursuits when external forces resist. Let’s break it down. 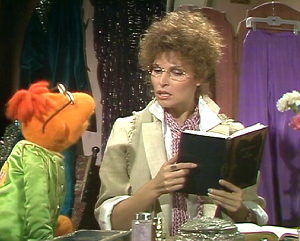 The show opens with Scooter interrupting Welch as she’s rehearsing Shakespeare’s The Merchant of Venice. She tells Scooter that she’s toying with the idea of “changing her image,” showing facets of herself beyond the sex symbol she’s known for being. Scooter assures her, she doesn’t have to “dress up in any of those scanty, revealing costumes” unless she wants to. When she considers this, a chorus of male Muppets barge in saying, “Please want to!” She acquiesces, and abandons her idea. Let’s unpack this for a moment. She flirts* with the idea of baring** her soul and showing the world that her appearance isn’t the only thing she should be valued for. But when a group of men express their desire to see her dress sexily and perform provocative numbers, she decides that getting approval from others is more important. 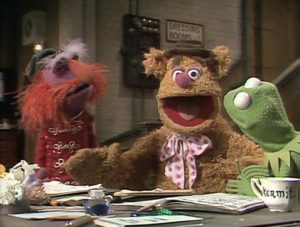 Meanwhile, Fozzie Bear returns from group therapy, saying that his group leader wants Fozzie to try to be more aggressive and assertive. Fozzie gives it a try, showing progress. He cancels his comedy act on the show, deciding he doesn’t want to “buy his friends with laughter.” Instead, he wants to meet his “true self.” He’s finally ready to address his insecurities and become a more confident, self-assured bear, but when he mistakes the audience’s applause that he won’t be performing for them wanting to hear his routine, he too abandons his new direction. When Kermit asks if he met his true self, Fozzie says, “He’s shallow, insecure and needs to buy friends with laughter.” Fozzie has become addicted to the need for validation from others, and he sees no way out, so on with the show. It’s played for laughs here, but frankly, I just see pain… and I’m not the only one. 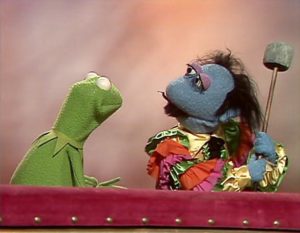 (But before we get into that, I’d also like to mention that the UK spot, where Kermit interviews Marvin Suggs and the Muppaphone also fits into the main theme this week. Suggs clearly knows that by appearance, he looks like an abusive monster in how he treats the Muppaphone. So to change how people see him, he tries to portray himself as a loving, caring person, but what’s standing in his way is that, well, he is an abusive monster, and he can’t help but slip back into that mode when the Muppaphone disagrees with his answers. The Muppaphone gets beaten, everyone laughs, Matthew is quietly disgusted. Back to the main story.) 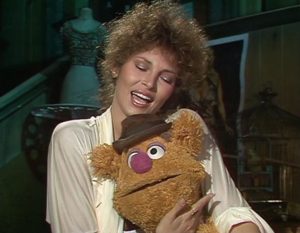 While Fozzie wishes he could work up the courage to talk to Welch, she makes the first move and tells Fozzie that she only came on the show so that she could meet him. She finds Fozzie charming, witty, and “sexsational.” As she sings “Confide in Me,” it’s easy to see she wants to make Fozzie a bosom*** companion. It’s not that far a stretch to see that she finds a kindred spirit in Fozzie. They’re tired of being shoved into the tiny boxes society has put on them. Both tried to go out of their comfort zone to change how people see them, and maybe find a little personal fulfillment along the way, but it’s clear that the crowd loves them (or, in Fozzie’s case, he thinks the crowd loves him), and that they’ll never change, much as they’d like to. In this moment, they truly are perfect together. 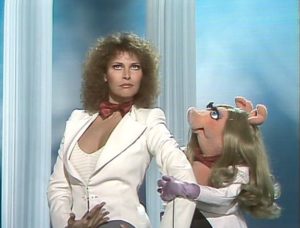 Oh, and “I’m a Woman” is great. Simple presentation, just Welch and Miss Piggy clearly having fun with the number. Frank Oz clearly had a lot of fun doing this episode. Neuroses, failed dreams, and white jackets. Good times.

Best Joke: I love when Fozzie gets aggressive and growls in Kermit’s face. Then, out of nowhere, he picks up the phone and growls. The phone doesn’t ring, he doesn’t dial a number; he just wants to show off his aggressiveness. I love randomness.

Worst Joke: Statler: “Have you ever thought there must be life after death?” Waldorf: “Every time I leave this theater.” Is Waldorf comparing The Muppet Show to death? Is he wishing for the sweet release of death? Geez, this episode is dark. 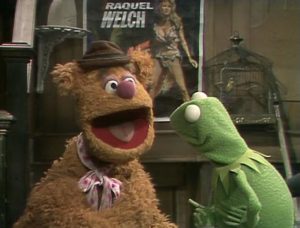 MVM (Most Valuable Muppet): Considering he’s the focus of the backstage story, it would feel disingenuous to give it to anyone else but Fozzie Bear. I’m also giving out LVM (Least Valuable Muppet) to Floyd, for all of his mean jokes about Fozzie. Dude, you’re not so special. At least Fozzie puts his heart and soul on the line when he performs. You just play bass and look cool. You don’t risk anything. Leave the bear alone.

Most Classic Moment: I think “I’m a Woman” is probably best known, mostly because of the great chemistry Welch and Miss Piggy have.

Should-Be-Classic Moment: I think it has to be Gonzo singing “Jamboree.” It’s a fun, whimsical number, with great imagery. Fun fact: this was only one of two songs co-written for the show by Frank Oz. The other? “The Rhyming Song,” as heard in the Loretta Lynn episode.

Most Dated Joke: I’ll be honest, the whole episode kind of feels male gaze-y, but seeing as I’m a straight white male, I think I’ll leave that to more qualified people to critique that theme.

First Last Appearance Of…: Fleet Scribbler, who makes his final appearance on the show in the “At the Dance” segment. He would only return for the finale of The Muppet Movie (along with nearly every Muppet ever made up to that point) before the character was retired.

Musical Moment: Hey, here’s something I learned about “I’m a Woman:” Welch performed the number on Cher with… well, Cher, back in 1975. It looks really similar to the version they’d later do on The Muppet Show. Dueling singers, similar outfits, it’s all here! 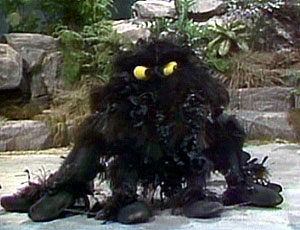 Coolest Puppetry Effect: Shout-out to Graham Fletcher, the dancer in the giant spider costume for “Baby It’s Me.” He really keeps you guessing as to which legs are fake and which are real. Nicely done.

Okay, One More Thing: I think I just really wanted to see Welch perform Shakespeare. I like it when guest stars do something out of their comfort zone. Would that have been so bad? 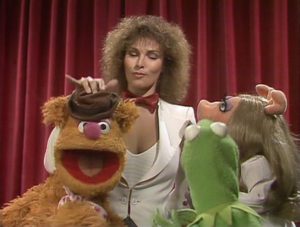 Click here to be shallow, insecure, and need to buy friends with laughter on the ToughPigs forum!