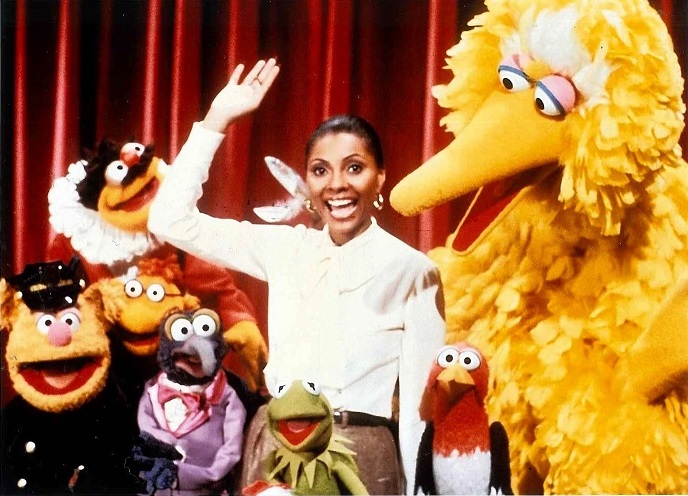 I’m glad we’re all kicking off this new month together with a review of the Leslie Uggams Muppet Show episode – June is bustin’ out all over indeed! 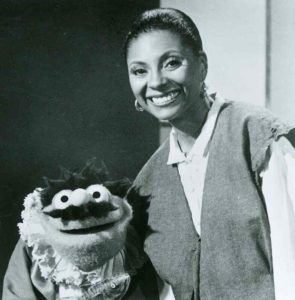 (I will also note, in the last episode I watched and reviewed for ToughPigs, everyone (save for Roger Miller and Gonzo) turned into chickens. This time around, Gonzo’s fretting over his first real date with Camilla the Chicken and Big Bird’s on the scene. What is it with me and poultry these days?)

The episode dives right into an Uggams number after Kermit intros the show, and we’re treated to ‘Hey There, Good Times’ with full-bodied Muppets galore dancing alongside Uggams. This opening number is both fun and adorable, while also showcasing Uggams’ deft skills of singing and dancing. Her ending number is much of the same, swapping out the swarm of Muppets for Big Bird. Uggams and Big Bird (played by the always wonderful Caroll Spinney) serenade each other with ‘Love Will Keep Us Togther’ and y’all, it’s every kind of wonderful.

Uggams also has a couple great interactions backstage with several Muppets. She has Gonzo tell her what it is about Camilla that drew him to her in the first place, which ends with a tap dancing Camilla. My favorite scene of the entire episode is a bit between Uggams and Lew Zealand, wherein they metaphorically throw fish puns back and forth, and then move onto a song while Lew throws literal fish everywhere. Uggams really nails her facial reactions when, at the end, Lew starts throwing his boomerang sword fish. All together, this sketch is perfect.

The episode itself would be great even without Uggams, since we get a rare visit from everyone’s favorite large yellow bird. I do feel like they could have used Big Bird a bit more throughout the episode – seeing as he’s really only in the beginning, backstage with Miss Piggy, at the end of ‘Gonzo’s Song,’ and in the final number with Uggams. Still though, the time that we do get with Big Bird in this episode is great all around.

However, there are two parts with Big Bird that make me raise an eyebrow or two. 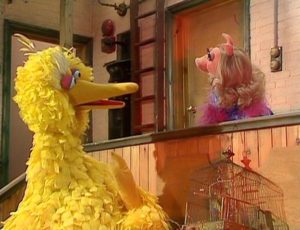 The first is in the Miss Piggy backstage scene, wherein Big Bird laughs upon hearing that the star of The Muppet Show is a singing pig. Miss Piggy’s response is, of course, to clock Big Bird in the face. This is a normal facet of Miss Piggy we’re used to on TMS, but at the same time, need I remind you, Big Bird is a child. Thankfully, Miss Piggy is unsuccessful in her clobbering of Big Bird, her fist missing him as she topples off the upper story. But the sentiment of punching a kid in the face is still there. And maybe this is some form of commentary about Big Bird no longer being on, as Miss Piggy puts it, his “cute little children’s show with puppets.” Still. She tries to punch a child. Not cool, Miss Piggy. Not cool.

The second part that makes me cringe in this episode is… ugh, well, it’s Gonzo.

Look, Gonzo is my ride or die favorite. I feel like in just about every piece I write on here, I have to remind y’all that he is the top Muppet, hands down. That said, even I have to admit this episode doesn’t frame him in the best light. In the beginning, in preparation for his date, he practices fainting in hopes of tricking Camilla into giving him mouth-to-mouth resuscitation, which is unfortunately sketchy. But hey, it’s Gonzo and Camilla, one of the longest running Muppet relationships, so I can kind of excuse that one. 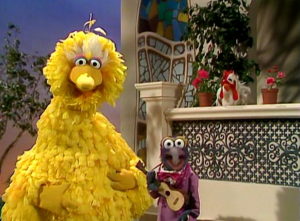 But the thing I can’t excuse is when Big Bird wanders out from backstage at the end of ‘Gonzo’s Song.’ Not only does Gonzo drop all romantic pursuits of Camilla because he has his sights set on someone else, he has his sights set on A SIX YEAR OLD CHILD. It’s easy to forget Big Bird’s age in the context of The Muppet Show, I suppose, but still, dude is definitely a kid, making this one hell of an uncomfortable joke.

The rest of the episode is a whole lot of fun and has many elements of what I think makes TMS great. As already stated, all of Uggams’ numbers and scenes are top notch. The Muppet Labs showing off their “fireproof paper” sketch is one of my favorites – it’s so short, but it gets to the punch right away and the reaction of Beaker when the fire immediately blazes the paper is hilarious. Vendawish fills the quota of quirky, one-off bits, and Piggy and Rowlf performing ‘Mad About the Frog’ ticks the box of a Muppet singing a serious song (in a funny way) to the camera. Bear on Patrol is great as always, with Fozzie bringing in a perp who does a perfect impression of him, so of course Fozzie ends up in the jail cell and Link doesn’t believe it’s him.

All in all, with the exception of some dated hitting on a six year old bird child vibes, this episode is damn near perfect. 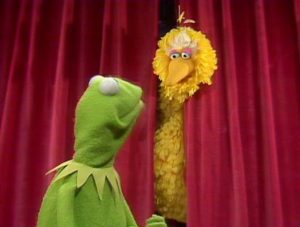 MVM (Most Valuable Muppet): As much as I want to give into my biases and award it to the blue weirdo (I do love ‘Gonzo’s Song’), I’ve gotta say Big Bird is the MVP of this episode. He’s a standout from the get go with his funny entrance (crashing into the overhead lights backstage), and then he continues to have great moments throughout. (Plus, come on, it’s not like we get to regularly see him interacting with Muppets outside of Sesame Street!)

Best Joke: This is an episode full of great jokes (and fish puns!), but the joke that stands out to me the most is a small one. It’s in the Bear On Patrol sketch when Fozzie interrupts Link from typing up a report, making Link have to start over. Fozzie asks Link what the report was for, and Link responds, “Littering,” as he tosses the paper on the ground. The deadpan delivery and timing make it an audible snicker worthy moment.

Lamest Joke: All of the fish puns between Uggams and Lew are simultaneously lame and hilarious. Their tone, banter, and chemistry make the scene ultimately work, but in the hands of a lesser guest star that bit would’ve fallen flat on its face. My favorite lame pun:

Uggams: What does it take to become a great boomerang fish thrower?
Lew: Well, you’ve gotta get sole… and if you can’t get sole, get a halibut.

Most Classic Moment: Gotta give it to ‘Gonzo’s Song.’ Going into this episode, it was the only song and/or sketch I could remember. 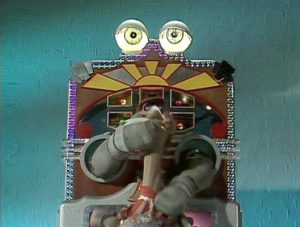 swordfish. It sounds like Uggams might’ve sung live while filming, since a lot of her laughter and ducking-to-avoid-boomerang-fish pauses seem natural and unscripted. I cannot stress enough how delightful this bit is.

Coolest Puppetry Effect: The stand out effect in this episode is the Whatnot who gets his neck stretched out by Vendawish.

Musical Highlight: Really any song Uggams sings is a highlight, but since re-watching this episode I’ve had ‘Love Will Keep Us Together’ stuck in my head, so let’s go with that one.

Missed Opportunity: I would’ve liked to have seen Big Bird in at least one more sketch or backstage bit. If I had Caroll Spinney on set for an entire episode, I’d want to use him more!

Obscure Character Watch: To my knowledge, this is the only episode Vendawish makes an appearance in. That said, it’s also clear that the puppet is recycled from Vendaface, a character from way back in season one.

Adultiest Content: Gonzo’s overall behavior, both in trying to trick his girlfriend into kissing him and then him being attracted to Big Bird.

One More Thing…: The lyric “Camilla, you’re prettier by far than Godzilla” always gets a smile out of me. So dumb. So brilliant.

Okay, One More Thing…: Camilla 100% has a dartboard on her dressing room door with a picture of Colonel Sanders face on it. Genius. 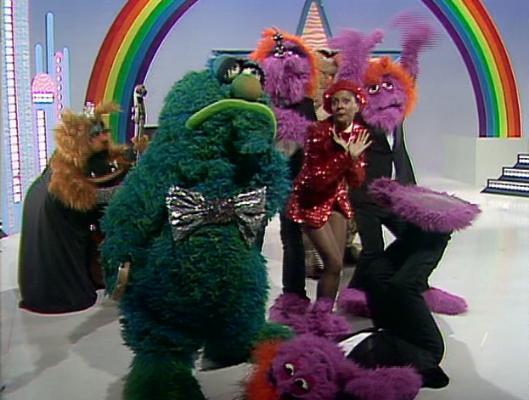