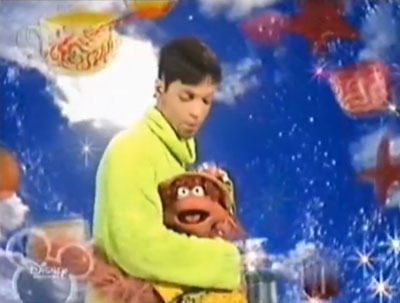 NBC News and various other outlets are reporting that the singer Prince has died at the age of 57.  He was a major artist who did a million different notable things in his career, from huge hit albums to movies to one of the rockin’-est Super Bowl halftime shows.  As a Muppet fan, one of my favorite things Prince did was his appearance on Muppets Tonight during the show’s second season, in an episode I reviewed here just one week ago.

), so one might have expected him to be unbelievably pretentious and too cool for the room.  But he had no problems joining in the Muppet silliness — clowning around in a Hee-Haw sketch, singing “Raspberry Sorbet” in Seymour and Pepe’s commissary.  He was also part of one of the best musical moments on the series, a music video of his song “Starfish and Coffee.”

As Muppet Wiki notes, Prince holds another interesting spot in Muppet history: His song score for the film Purple Rain beat out Jeff Moss’s work on The Muppets Take Manhattan at the 1985 Academy Awards.  If the Muppets had to lose, that’s not a bad one to lose to.

Click here to remember Prince on the Tough Pigs forum. 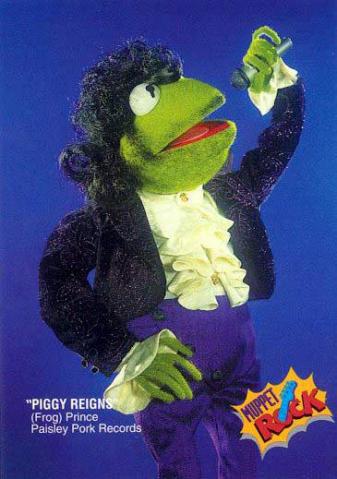