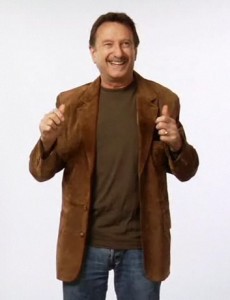 There are important people in the Muppet world who don’t get the recognition they deserve. For every Jim Henson, there’s a Jerry Juhl just outside the spotlight whispering in his ear.  They’re all brilliant, they all have amazing stories, and it’s truly an honor to help bring their stories to light.

One of these influential men who helped make Sesame Street what it is today is Norman Stiles, who wrote for the show for over 20 years, most of which he served as head writer. Norman Stiles introduced you to your favorite characters, wrote many of your favorite sketches, and pretty much taught you how to read.

Stiles invited us to his home in Manhattan for an informal chat. We were joined by his wife Ellen Dillon (more on her in a little bit), his cat Gracie, and The Jim Henson Legacy’s Craig Shemin, who just couldn’t pass up an opportunity to listen to more of Norman’s stories. As it turns out, Craig was onto something, because Norman is the keeper of Sesame Street stories.

Norman met us at the door with a giant cigar in his teeth. He never lit it while we were there, the apartment didn’t smell like he’d ever smoked one indoors, and there was no sign of an ashtray. In fact, he later told us that he never smoked cigars, he just liked chewing on them, as if he was one of the last vestiges of the era of the borscht belt comedians. First and foremost, Norman Stiles is a funnyman, a people-pleaser, and the holder of all the attention in the room. He could’ve been just as comfortable up on stage in a smoky lounge or sitting comfortably in his dining room. 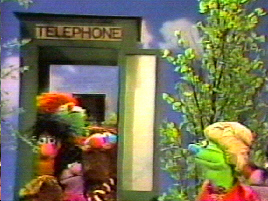 The first thing Norman asked us was our ages. I’m 32, Ryan is 33. “Ah, you’re my kids!” And it’s true: Norman was the head writer of Sesame Street during our formative, prime Sesame viewing years. He either wrote or oversaw the writing of just about every sketch, song, and Street scene we grew up loving. He wrote the episode where Mr. Hooper passed away, the song lyrics for “Telephone Rock” and co-wrote “Put Down the Duckie”, and some of our favorite Bert and Ernie, Cookie Monster, and assorted Sesame sketches. We all owe him a big Thank You.

Norman showed us around his apartment, each room of which is decorated with lamps he built himself out of pipes, plumbing parts, and vintage found objects, which is a hobby he busies himself with. In his office, he has what looks like a large bowling trophy, but instead of a bowler on top, it’s a golden Count von Count. The trophy was a gift from the writers when he left Sesame Street in 1995. On one wall, a framed photograph from a Sesame Street writers meeting, with recognizable faces like Jon Stone, Chris Cerf, Emily Kingsley, and more.

On the opposite wall is a mounted head of a Muppet goat, as if he shot and stuffed the animal himself. Around 1992, they had an animated segment about the number 0, in which several different animals eat the food in their bowls, leaving zero carrots, peanuts, or whatever. One of the animals was a goat, who ate a bowl of sneakers. After the segment aired, Norman received a letter from the American Dairy Goat Association, who complained that dairy goats most certainly do not eat sneakers, and if they didn’t pull the segment from the show immediately, they would complain to PBS and have Sesame’s funding revoked. While debating how to respond to the ADGA, Norman Stiles and Chris Cerf visited the children’s zoo at Busch Gardens and asked the farmer if it’s true that dairy goats wouldn’t eat footwear. The farmer assured them that goats would eat just about anything put in front of them, including sneakers. As they talked, a goat walked right up to Cerf and began nibbling on his shoe. As a compromise, Norman and Cerf wrote a new sketch, to be aired immediately after the animated song with the goat, involving a puppet goat who would adamantly declare that dairy goats do not eat sneakers, they eat corn and grass, which she demonstrated with three bowls in front of her containing corn, grass, and uneaten sneakers. After her tirade, another goat entered the frame and asked “Are you gonna eat those sneakers?” “Certainly not!” “Oh, great!” And then the second goat eats the sneakers. “I’m glad I’m not a dairy goat!” After all the headaches and back-breaking they went through for nothing, the puppet goat deserved to be mounted and immortalized on Norman’s wall.

So, how did Norman Stiles get to Sesame Street? He tells us that he went to school and majored in biology, with a minor in chemistry. His grades weren’t good enough to be a doctor, so he considered becoming a dentist (remember that at your next teeth cleaning), but his grades weren’t quite good enough for that either. After graduation, a friend introduced him to Noel Kilgen, a joke writer for the comedy duo Allen and Rossi, who seemed to be a set of Martin and Lewis knockoffs: Steve Rossi crooned like Dean Martin and delivered the straight lines while Marty Allen spoke with a silly, high-pitched voice, often delivering his catch phrase, “Hello dere!” Norman wrote a bunch of jokes, and Allen and Rossi bought two. He remembered one of those two jokes, which were for a sketch where Rossi is interviewing Allen, who is pretending to be a lion tamer:

Rossi: Did your parents want you to be a lion tamer?
Allen: No, they thought it was too dangerous. They wanted me to work in their kosher delicatessen.
Rossi: Oh, that sounds like a nice, safe occupation.
Allen: IN CAIRO?? 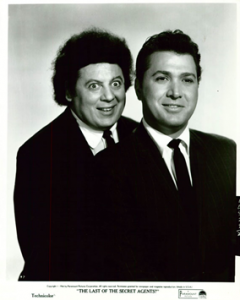 Norman earned $10 per joke for Allen and Rossi. He figured that if he could sell one joke a month, he would have enough money to sustain his cigarette habit.

Norman teamed with Noel Kilgen, and they began writing jokes for comedians who would appear on Merv Griffin’s afternoon TV show. That led to jobs as writers for Merv’s late night show, which aired opposite Johnny Carson’s Tonight Show. In 1970, Merv decided to move the entire show from New York City to Los Angeles, and opted not to bring either Norman or Kilgen along with him.

In trying to figure out his next step, Norman would watch Sesame Street on TV in his underwear (“How my TV got in my underwear, I’ll never know”, quipped Norman). He decided to cold call Sesame Street’s head writer Jeff Moss and ask for a job, despite having never written dialog or anything for kids before. Moss gave him a shot and asked him to write four sketches. After delivering the scripts, Moss told him that they were some of the funniest skits he’d ever seen, and he asked for four more. After reading his next batch of scripts, Jeff Moss said that they were terrible.

He called Norman and wanted to hire him, but there was a problem. At the time, The Children’s Television Workshop had a program to hire more minorities and women throughout the company, in all different departments. One of them, Tippi Fortune (which is not a made-up name, Norman assures us), was both a female and a minority, and she was also interested in a job as a writer. Norman assumed that meant that she would get the job over him, but Jeff Moss decided to bring on both prospective writers for a one-month trial period and then hire whoever wrote the best scripts. 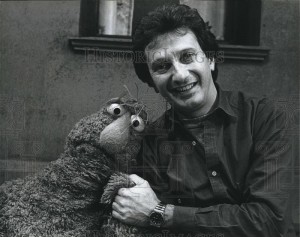 A month of furious and nervous writing went by, and then Norman sat by his phone for several days waiting for it to ring. Eventually, Jeff Moss called and said, “Come in, I want to talk to you.” Norman naturally assumed that Moss wanted to let him down in person, rather than over the phone. When he got to the CTW office, he found that they were holding a writers meeting, discussing the plans for the upcoming season. Afterward, he asked Jeff Moss, “So… do I have the job?” Moss responded by saying, “Do you see Tippi???”

Don’t worry, there’s still a happy ending for Tippi Fortune. She eventually became a producer for CTW, including her work on the Sesame co-production in the Philippines.

Soon after Norman’s hire, The Electric Company began production, and a memo went out to the entire staff listing out the new hires, the awards they had received, and their previous experience. After the memo came out, Norman jokingly asked Jeff Moss why they never sent out a memo when he was hired. Moss responded by distributing a very tongue-in-cheek memo announcing that he is “moderately pleased to announce that Norman Stiles has joined the writing staff. He was fired from The Merv Griffin Show and wrote for comedians who are no longer in the business. I’m sure you’ll agree that he might as well be here as anywhere else.” Norman still has the original memo framed and hung on his wall. 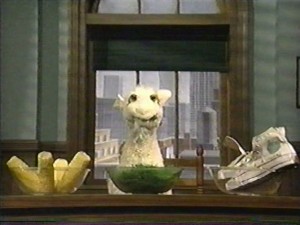 Before we get to part 2 of our Norman Stiles interview, please take a moment to check out the Indiegogo campaign for his upcoming project: BTPNN (Baby & Toddler Parenthood News Network)!  It will be a series of 5-minute videos for parents featuring a cast of puppet babies on their own cable news network.  We’ll have more details on BTPNN later this week, but we hope you’ll consider donating!

Click here to snack on a sneaker on the ToughPigs forum!