We’ve done The Muppet Madness Tournament for three years now.  Every year, Kermit the Frog was included in the tournament, and every year I’ve expected him to win.  Because Kermit is Kermit.  You know what I’m sayin’…  He’s the oldest active Muppet, he’s the mascot of the franchise, and he’s the one who was on the toothbrush I had when I was four years old.  And yet, he didn’t win the first two years (losing to Ernie and Bert in the first tournament and Super Grover last year)… so I figured this had to be his year.  After all, he was up against Walter, a character Muppet fans have known for less than a year. 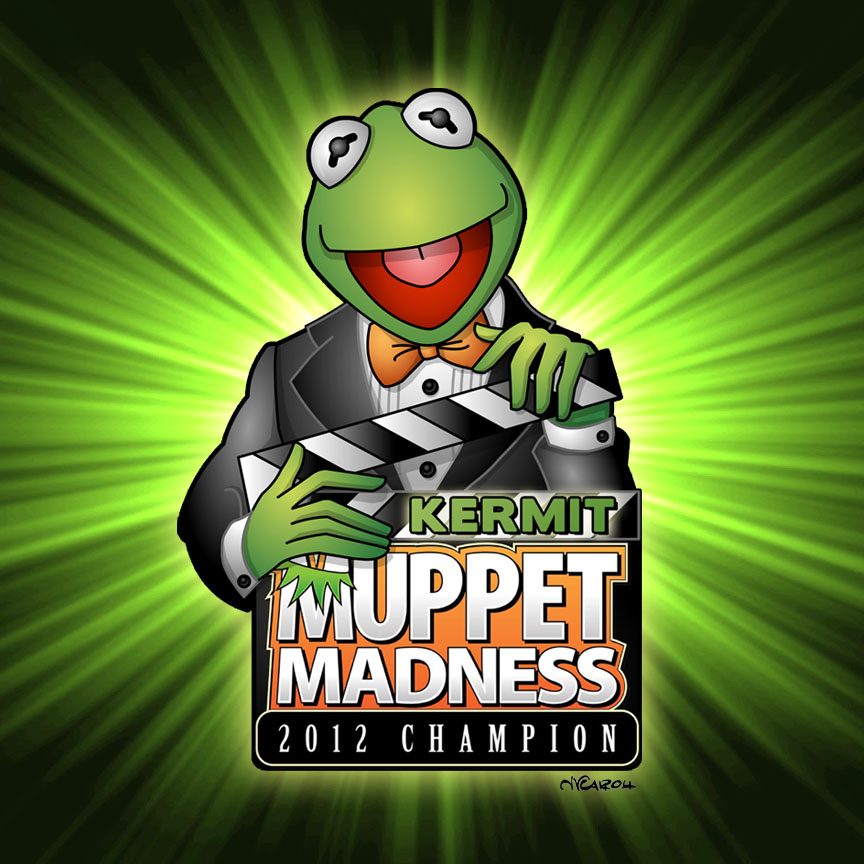 And as it turns out, the third time was the charm for the ol’ amphibian.  The final round of the tournament was very, very, surprisingly, incredibly, unbelievably, amazing close… I mean, it was a real nail-biter, which is notable because Muppets don’t have nails.  During the last half hour of voting there were moments when I was refreshing the tournament page, and with every refresh the current leader changed.  The final tally was Kermit 2,460 votes, Walter 2,450 votes.  That means they were separated by just 10 votes.   But that was enough for Kermit to win!  And you know, as obvious as it may be for Kermit to win a Muppet popularity contest, it also seems right somehow.

So congratulations to Mr. the Frog!  And a big thank you to everyone who voted, and made badges for your favorite characters, and commented on the tournament page and spread the word on Facebook and Twitter.  For those of you who entered the Bracket Contest, stay tuned to find out who won, just as soon as Ryan Dosier and the chickens he hired finish tabulating the results.

Also, thanks to everyone who voted for us in The Atlantic Wire’s Battle of the Brackets!  We ended up losing to something called “Fug Madness,” but it was pretty groovy that we made it to the final round.

Hey, speaking of other tournaments… Is that basketball thing still going on?

Extra special thanks to James Carroll for the shiny graphic!  Click here to express your joy or disappointment over the outcome of the tournament on the Tough Pigs forum!