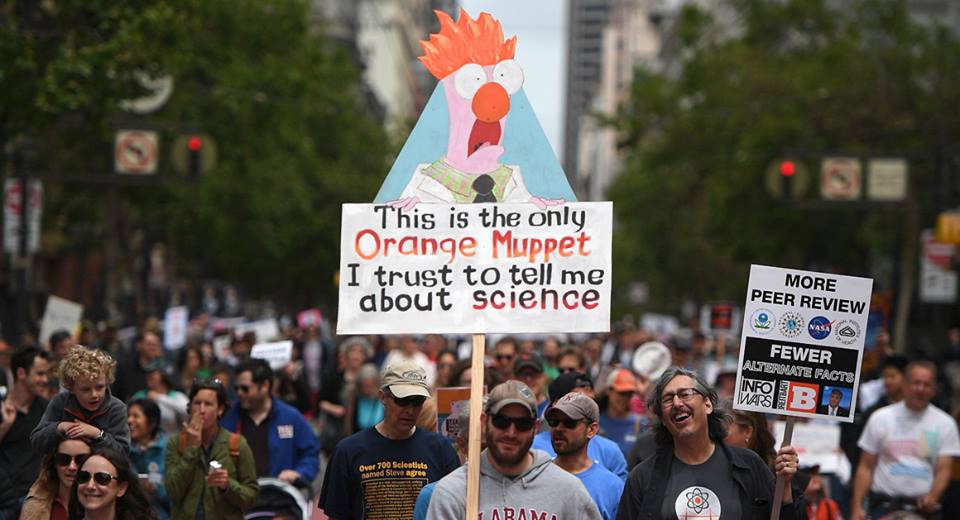 Last week, hundreds of thousands of people in over 600 cities marched in the name of science.  Yes, the stuff that explains periodic tables and gravity and medicine and sharks and tornadoes and Sharknados.  Apparently there are people in powerful positions who don’t find this stuff necessary or worth funding, which is crazy.  I mean, do you even know where we’d be without Sharknado research?  Dead from Sharknado bites, that’s where.

Because this is the age of the internet and everyone wants to go viral, many of the protesters made funny, meme-worthy signs, wore costumes, and made references to geek-related pop culture like Star Trek, Star Wars, and Doctor Who. 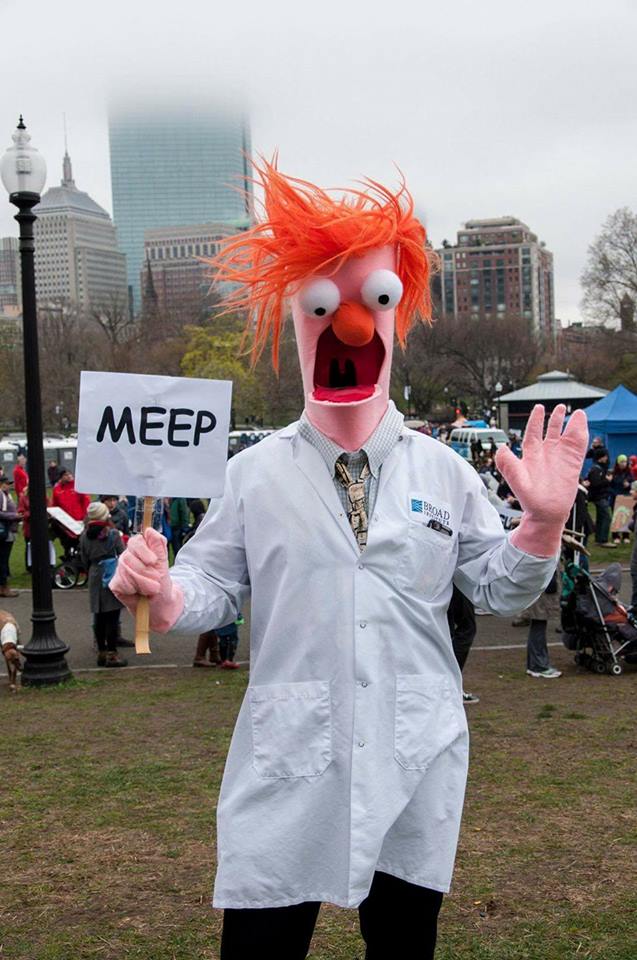 One figure that popped up more than a few times was Beaker.  The hapless lab assistant of Muppet Labs showed up on signs, and even came to protest himself (strangely, in several different cities at once).

Obviously, as one of TV and film’s most visible scientists, Beaker (and, by extension, the rest of the Muppets) is a natural to help grab people and bring some much needed attention to the subjects being brought up at the March for Science.  But we Muppet fanatics can’t let that vague explanation go without a deeper investigation!  We’ve got hypotheses, theories to test, and variables to consider!

This administration wants to cut funding to the Environmental Protection Agency, forgo renewable energy like solar power, and deny anything that comes close to whispering the words “global warming”.

So what do the Muppets have to say about that?  A lot, actually.  They did a whole series of PSAs with the National Wildlife Federation that make sure you know all about keeping nature clean, recycling, and energy preservation.  I know, none of that sounds particularly exciting, but adding in some talking frogs and bears and pigs kinda helps. 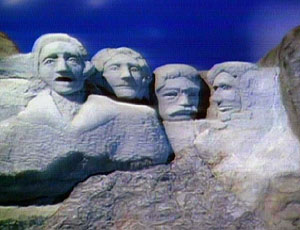 Our National Parks are supes important.  They allow us to preserve the flora and fauna of this country while making room for education and experimentation to keep our planet (and its inhabitants) alive and flourishing.  So the lack of support from government officials is baffling.

But the Muppets love our parks!  They were the ones who revealed that the heads of Mount Rushmore can talk and tell knock-knock jokes!  Miss Piggy got her purse stolen in New York City’s Central Park!  Bert and Ernie drove a car through a tree in Redwood National Park (sort of)! 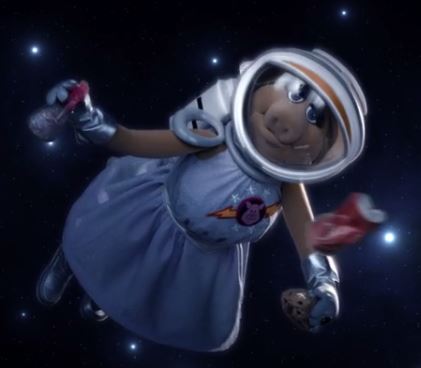 When you piss off NASA, you know you’ve done something wrong.  All they wanna do is see what’s beyond this planet.

Man, where do we even begin on this one?  How about all the times the Muppets have been to the moon?  Or how they regularly visit the planet Koozebane?  And let’s not forget the fact that a trio of space traveling pigs has been aboard the Swinetrek for almost 40 years now.  Without proper funding, we may never get them back. 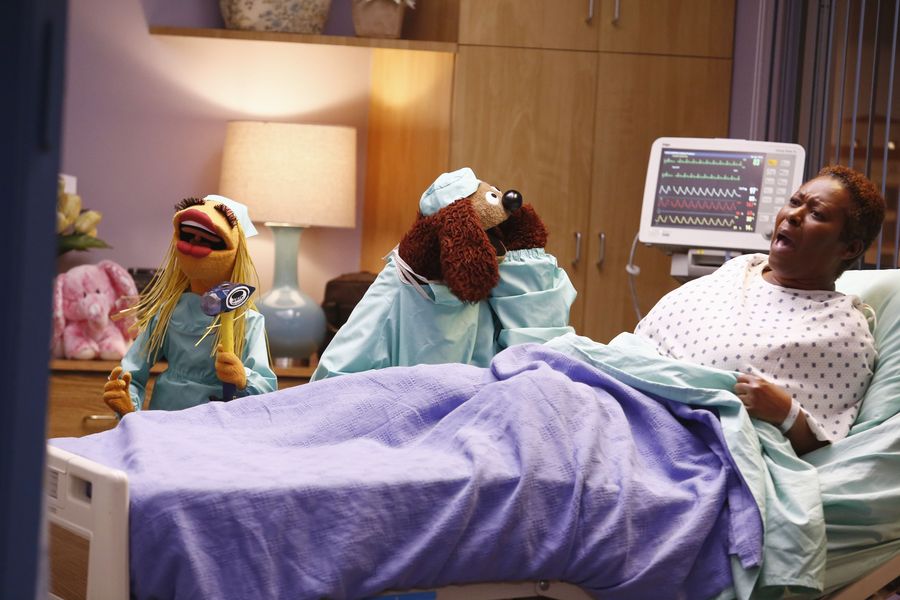 Wait, so this administration is actively in the process of taking away people’s health care?  And making it more difficult for them to see doctors?  And they’re actively warning people against vaccinations???

Maybe the Muppets need a little help in this department.  Sure, they support things like health care and healthy habits, but if Dr. Bob has proven anything, it’s that even the most experienced doctors still need the proper tools, adequate funding, and the occasional doggie treat.

The Department of Energy 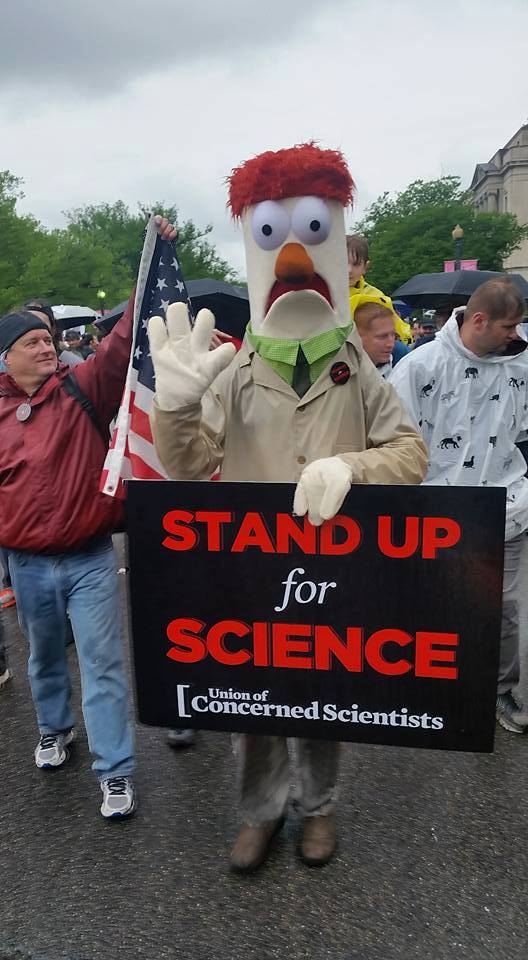 Chemical Safety and Hazard Investigation Board

Okay, this last one is a bit specific.  But hey, it’s still pretty crappy that it might go away!  If our government defunds this department, all sorts of regulations would go out the window.

There’s no better poster child for regulations than Beaker, who shows us what happens when any sort of radioactive substance, super glue, or sharpened banana can ruin your day.

Here’s the thing.  We’re talking about science.  It’s the language of facts, the methods for saving our planet, and making sure we’re all living healthy and long lives.  There’s no reason for it to be politicized, and yet here we are.  So if politics are going to interfere with science, then we’re going to battle it with Muppets.  Sorry, government officials, but you had this coming. 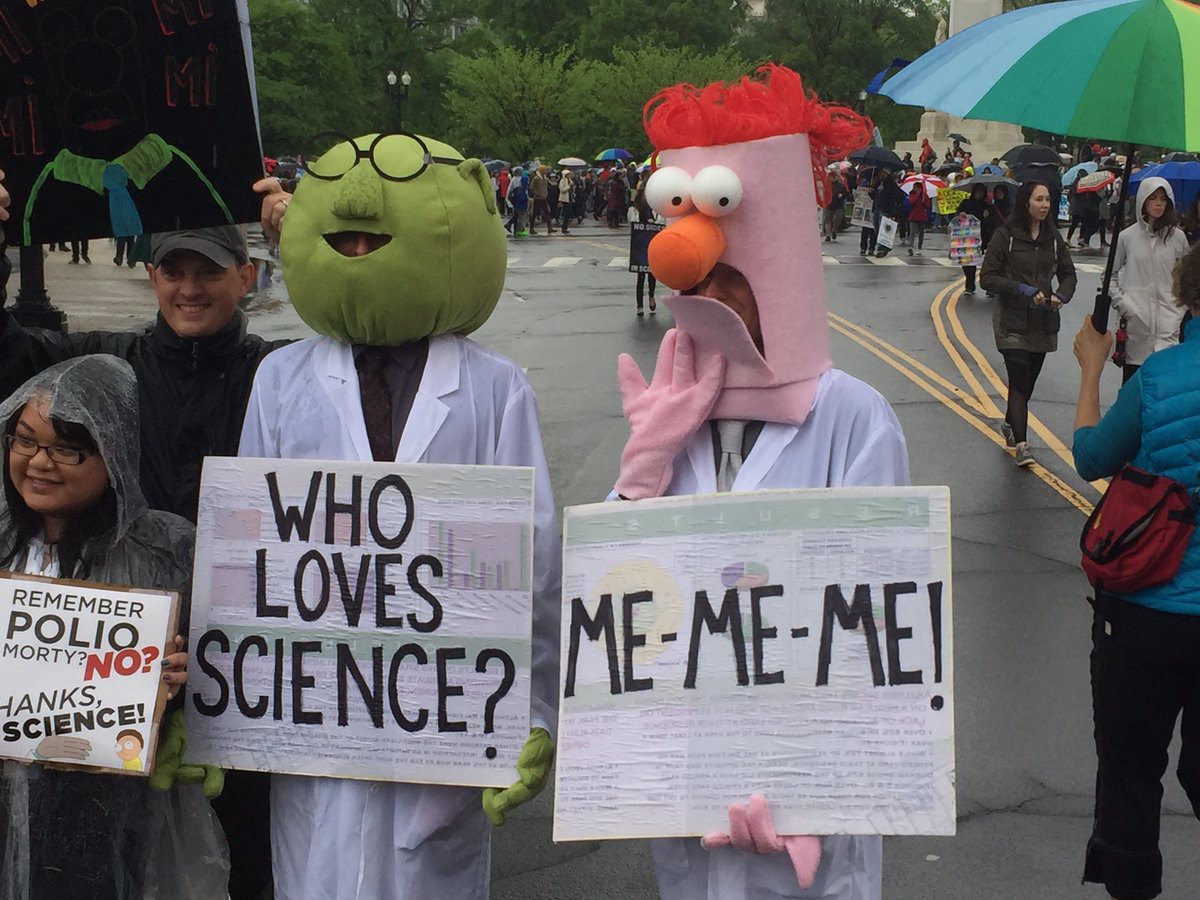 Click here to be where the future is being made today on the ToughPigs forum!