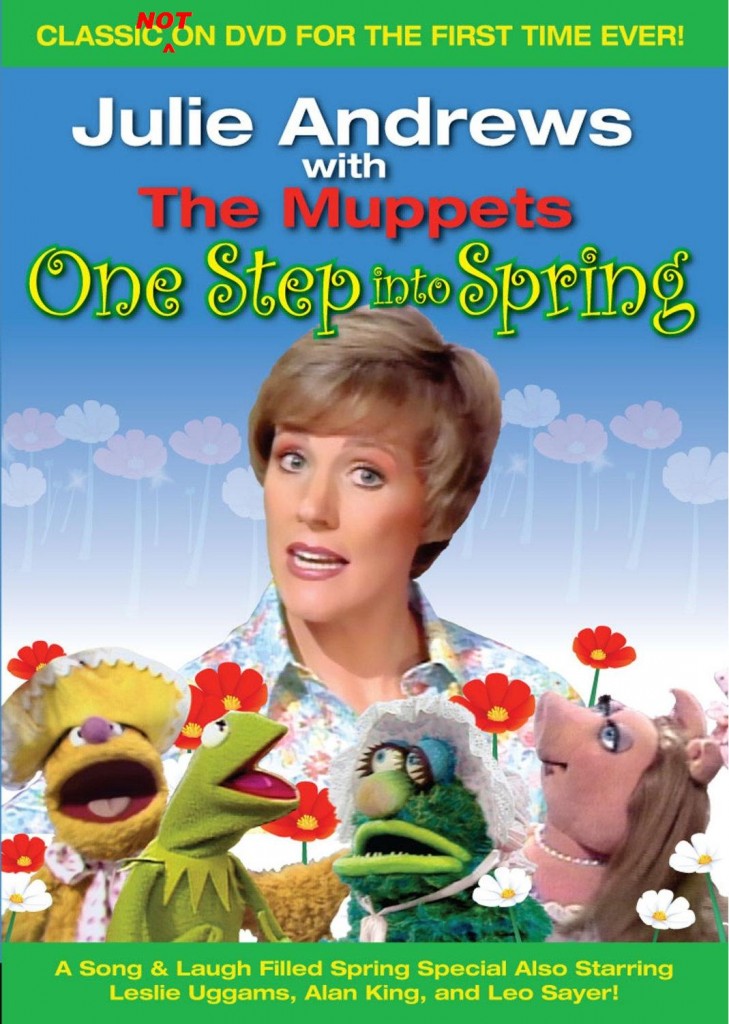 We were pretty excited when the classic Muppet-featuring TV special Julie Andrews: One Step Into Spring was announced for DVD release on April 23rd.  Muppety stuff we’ve never seen before!  On DVD!  Many fans pre-ordered their copies from Amazon.  Finally April 23rd arrived, and… nothing.  No Julie, no spring, no Muppets.

Amazon currently lists the DVD as “unavailable,” and they’ve canceled pre-orders.  So what’s going on?  So far Legend Group Media has failed to respond to our demands for answers (i.e. polite e-mails).  The Muppet Wiki page for the special mentions a new release date of March 2014, meant to correspond with the theatrical release of The Muppets… Again!, but there’s no source cited for this.

I think it’s more likely that Legend saw the Tough Pigs readers’ alternate designs for the DVD cover, and felt ashamed at how much better they were than the real one, so they realized they would have to postpone the release until they could come up with something worthy.  But with any luck, we won’t have to wait too long until we see Timmy Monster wearing that bonnet.

Click here to take one sad step out of spring on the Tough Pigs forum!

The Muppet Show Season 3: Good For Me, Good For America

There May Be a Huge Muppet Blu-ray Set Coming Soon