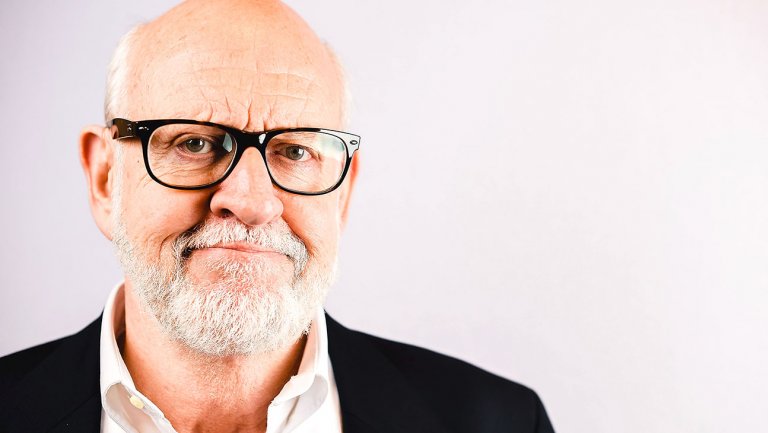 You know that guy Frank Oz? Yeah, you know the guy. I’ve been thinking a lot lately about what a nice guy he is.

To be clear, there was never a time when I thought he wasn’t a nice guy. I just didn’t realize how nice a guy he was.  Obviously, I’ve always known that the man is a creative and comedic genius and a brilliant puppeteer. He was a major contributor to hundreds of hours of TV and film that have entertained me for my whole life. And based on the interviews and on-camera appearances we had, there was no reason to believe that the man behind Fozzie and Harvey Kneeslapper was anything but affable.

But it was sort of like… Well, I guess it would be pretty silly to compare Frank Oz to the Wizard of Oz, but the way some of us fans viewed Mr. Oz was not unlike the way Dorothy and her friends initially perceive the Wizard. He was a great and benevolent figure, but a bit unknowable. 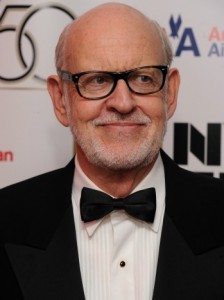 Another, more dramatic way to put it: Frank Oz was shrouded in mystique. He’s one of the founding fathers of the Muppets, but we didn’t hear from him very often, he didn’t appear at Jim Henson Legacy panels and screenings, and he had chosen to walk away from the Muppet Show group of characters.  And if he was asked, on those occasions when he was interviewed, he always explained that he took his characters so seriously that he would not perform their voices on request. Of course, every Muppet performer is entitled to have their own policy on this, but the fact that Frank felt so strongly about the integrity of the characters added a lot to his aforementioned aura of mystique. It was hard to be certain exactly how he felt about the Muppets.

In 2009, when Frank appeared at a Sesame Street 40th anniversary event, it was huge, and a real thrill for the fans. (Among other things, we were thrilled by the amazing scarf he wore onstage.) When I wrote about that event on this website, I said “it felt extra-special to have Frank Oz on the panel” because he tended to be “pretty reserved with his Muppety memories.” Which is why his presence on that panel was such a big deal. We just didn’t hear from him a lot.

But just in the last few years, I feel like we know Mr. Frank Oz better than we ever have before — especially in the past year. He’s stepped out from behind the curtain, if I may continue my strained Wizard of Oz analogy.  A year ago, we found out he had directed a documentary… starring himself and his fellow Muppet performers! So hey, I guess he really does like the Muppets! And talking about them! Heck, the documentary is even called Muppet Guys Talking! At the South by Southwest film festival, he answered all kinds of Muppet questions. Then he did that again in September, talking at length about his Muppet career and even answering audience questions at a Museum of the Moving Image event. 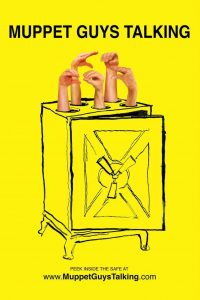 Then he joined Twitter, where he now shares memories from the old days and thoughts on the philosophy of the Muppets, and frequently responds to questions from fans (although I’m still hoping he’ll notice my query about “Never Before, Never Again”). And he did an “Ask Me Anything” session on Reddit! The most exciting part of the AMA for me, and I assume for everyone else in the world as well, was when he revealed the origin of Fozzie’s catch phrase. He even came back later to issue a correction on the spelling. Yes, he confirmed, it’s important to note that it’s “wocka wocka,” not “whakka whakka.” Thus proving that Frank is a Muppet geek just like the rest of us.

Frank Oz has become more accessible to his fans than ever before, and it is wonderful. He’s always insightful, always warm, and always quick to mention that he can’t take credit for the Muppets’ success because it was all the work of Jim Henson and many other collaborators.  I hope he’s happy about his decision to make himself more available, because we Muppet fans are not exactly the most normal human beings on the planet. But we’re eager to listen to anything he has to say.

At one point some years ago, I jokingly referred to Frank Oz as “the lovably cranky uncle” of the Muppet world. That may have been a marginally funny thing to say at the time, but his recent behavior has forced me to amend that description. Frank is officially not cranky. He’s just plain lovable.

Click here to have an aura of mystique on the Tough Pigs forum!