Doozers Starting Production on Their Own Show 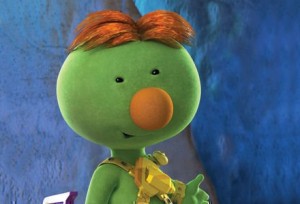 Waaaaaaay back in 2009, we announced that those lovable scamps from Fraggle Rock, the Doozers, would be getting their very own TV show.  And then nothing happened.

A representative from The Jim Henson Company told us that nothing more than a teaser (30 seconds of animation showing some CGI Doozers hollowing out a mushroom and building a factory inside) had been officially produced.  But now, thanks to the Chronicle Herald, we have learned that production is actually beginning later this month on a new computer animated Doozer series!

We don’t have any information about what the series will entail or where you might be able to watch it yet, but we’ll report on that once we know more.  But for now, feel free to rejoice or panic or do whatever it is you do when you hear about new Fraggle Rock content.

Doozers Building Some Sort of Construction in Europe