The first panel (official title: “Can You Tell Me How to Get… Part 1”) featured Jim Henson Company archivist Karen Falk, and Sesame Workshop artists Diana Leto and Louis Mitchell. Karen Falk spoke first, explaining who Jim Henson was to some of the youngsters present who may not have ever heard of the guy. She told the story of Jim landing his first TV puppet gig at age 17 (presumably The Junior Morning Show), only to lose it when it turned out most of the youthful cast and crew of the show were too young to legally be working. Jim, of course, took those lemons and made Sam and Friends, where, as Falk explained, he invented Kermit.  And kids have heard of Kermit!

Then she talked about Jim’s interest in animation, and showed his shorts Cat and Mouse:

And the recently reconstructed version of the long-lost Alexander the Grape, which got chuckles in all the right places:

Next was Diana Leto’s presentation, which was the story of a Muppet fan (herself) who grew up to work with real Muppets. Leto is responsible for this: 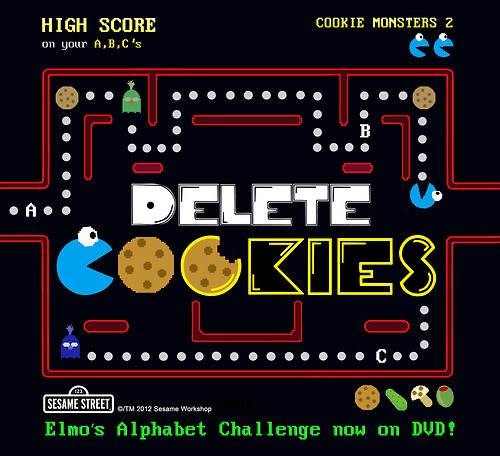 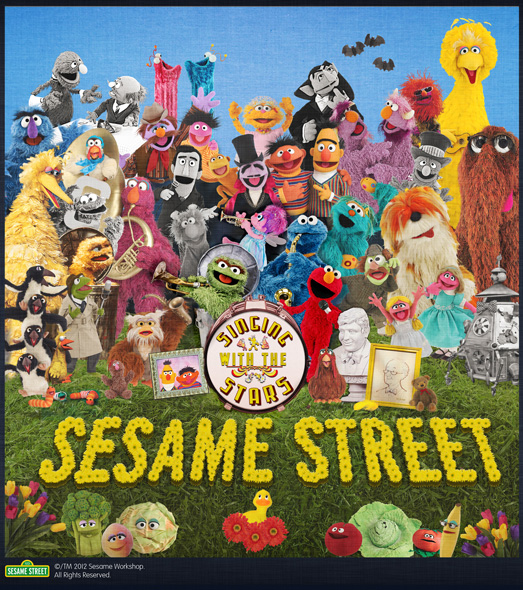 Leto talked about the importance of believing in yourself, which was vital for her in her journey from working at a restaurant — where her tasks included basting chickens — to working as a graphic artist for Sesame Street — where her tasks include drawing Grover and Rosita for DVD promos. No offense to those who enjoy basting chickens, but I think one of those is clearly preferable to anyone reading this website.

Louis Mitchell went next, and as it turns out, he is a great storyteller. And his job at Sesame gives him a lot of great material. Here are a few things I learned from his presentation:

-He also designed the 123 Sesame St. float they’ve been using in the parade for the last several years. The idea for it was to show respect to the show’s history (the classic brownstone) while also doing something modern and visually exciting (the funky, cartoony look of it all). When he first showed the design to the folks in charge of building the floats for Macy’s, they weren’t thrilled with it because they thought it would be too hard to build, but they ended up loving it. 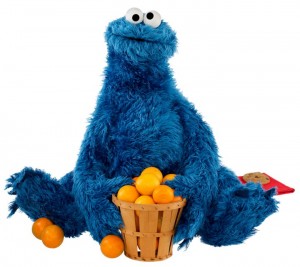 -Part of Mitchell’s job is working with the photo puppets (which we fans like to call posers, because we have our own hip lingo) for posters, DVD covers, flyers, and so on. He was once called upon to shoot a photo of Cookie Monster surrounded by oranges as part of the show’s healthy eating initiative. Despite the misgivings of some of the higher-ups, he snuck one cookie into the picture. It was for the best.

-For ten years Mitchell tried to get the green light for a photo shoot with Snuffy, but he was told that the logistics of getting the puppet out of storage and posing for pictures all day would be too difficult. I suppose it would also be cost-prohibitive to build a Snuffy photo puppet. Finally, he pointed out to the decision-makers that Snuffy was one of the most popular characters among teenagers who might buy Sesame Street merchandise, and by not having high-quality photos of him available, they were losing revenue. And that’s what it took to get his photo shoot. 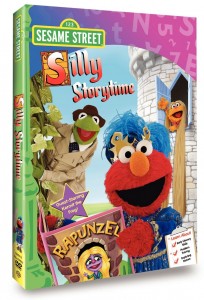 -Remember how pleasantly surprised we were when Kermit showed up on the cover of the DVD release Silly Storytime, just months before The Muppets came out? Louis Mitchell was responsible for that. It almost didn’t happen, though… On the day of the photo shoot, FedEx delivered the Kermit puppet to the building next door!

Mitchell concluded by reiterating the points made earlier by Diana Leto, and affirmed by Karen Falk’s stories of Jim Henson’s own creative drive: Basically, if you have a dream, you should go for it.

After the first panel, we had time to pick up some free Archie digests in the show room and buy some delicious, lukewarm hot dogs from the concession stand before it was time for the second panel (official title: “Can You Tell Me How to Get… Part 2”). Falk, Leto and Mitchell returned, joined this time by Muppet performer Noel MacNeal (who was also there signing copies of his nifty book Ten-Minute Puppets.) 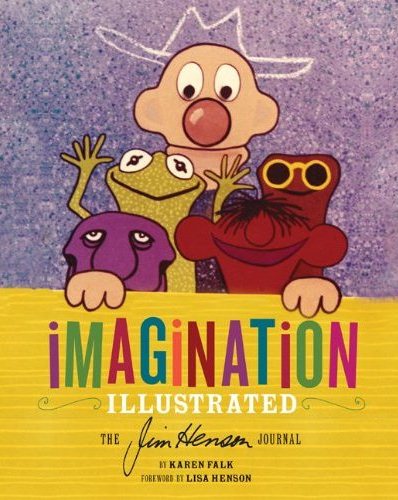 The panelists kicked this one off by explaining how each of them came to work for Sesame and/or Henson. Karen Falk talked about following her dreams “in a zigzag way,” having worked at company just down the street from the old Muppet workshop for years without ever thinking she could work there. Eventually, she answered an ad for the Jim Henson Company exhibits department — and didn’t get the job. But they kept her résumé, and not long after, she was called upon to become the company archivist when Jane Henson realized the need for somebody to organize all the material they had, and to use it all to “tell Jim’s story.” And of course, in recent years, that’s led to her curating the Smithsonian’s “Jim Henson’s Fantastic World” traveling exhibition, and creating the terrific book Jim Henson: Imagination Illustrated.

Louis Mitchell recalled watching the Muppets on The Ed Sullivan Show, and having an epiphany when Ed invited Jim Henson out onstage after an act. The fact that there was a guy responsible for all that wonderful Muppet stuff inspired Mitchell to pursue his creative tendencies. He once told a trusted teacher about his dream of working for Sesame Street… and that beloved teacher told him he should probably forget about it and be more realistic. But he kept sending his portfolio to the Henson company anyway, and it eventually got seen by both Michael Frith and Jim Mahon, who worked in the licensing department and who saw Mitchell’s potential. Even after he got the job, it took him six months to learn to draw Big Bird correctly. 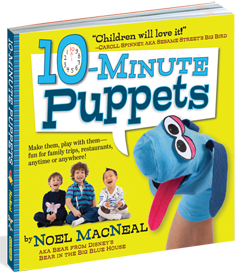 Noel MacNeal started by talking about the craft of puppeteers — the doll-wigglers, a breed of performers who are “actors from the wrist up.” MacNeal started as a puppet wrangler, and later played a variety of Sesame Street Muppets — notably a whole family tree of “Snuffleuparelatives.” (Louis Mitchell revealed that during the aforementioned Snuffy photo shoot, Marty Robinson was unavailable, so MacNeal stepped into the snuffle.) In recent years, he’s done a lot of work training puppeteers for the foreign co-productions, which includes teaching them the balance between educating and entertaining. Some countries get it right away, some wrestle with it, and apparently Jordan “never got it.” When the Indian co-production struggled to capture the right characterization for Grover, Noel MacNeal sought advice from Eric Jacobson, who suggested thinking of the character not as Grover, but as Grover’s Indian cousin. (By the way, if you haven’t already, check out our three-part interview Mr. MacNeal!)

At this point, the panel turned to the audience for questions.

Question: How did Noel MacNeal become a puppet wrangler for Sesame Street?
Answer: He was always interested in puppets, being an avid viewer of Captain Kangaroo and Kukla, Fran and Ollie in his youth. He was fascinated by early Sesame Street and watched The Muppet Show regularly. When it came time to choose a college, he went to Pratt Institute in Brooklyn, which at the time was one of the few schools offering puppetry courses. He was taught puppetry by Kermit Love, who got him the Sesame gig. His early tasks included hot-gluing thousands of feathers onto the Big Bird costume, and from there he worked his way up to performing in productions like Don’t Eat the Pictures and Follow That Bird.  Which led to the next question…

Question: What can you tell us about working on Follow That Bird?
Answer: They recreated the Sesame Street set in Canada, and it wasn’t quite the same as the normal set. Early on, the Sesame people noticed that Oscar’s trash can on the set was too new and clean-looking, so the crew had to bang it up to make it dirty. Another story: After shooting the sequence with Big Bird on the farm with the kids, the filmmakers discovered that all the film was scratched and therefore unusable. The actors, performers and crew had to return to the location — but it was months later, and it happened to be winter. Many of the green leaves you see are spray-painted, and after each take the kids would run to put their coats on.  Also: When they filmed Bert and Ernie’s “upside-down world” song, Jim Henson and Frank Oz were actually in an upside-down biplane rig eighteen feet of the ground. It looked dangerous.

Question: Diana mentioned having met lots of the Sesame Street Muppets, so an audience member asked if she had ever met Miss Piggy.
Answer: No, but she’s met Bonnie Erickson, who built the first Miss Piggy!

This prompted Karen Falk to bring up the process of designing and building puppets, and how their looks change over time… and somehow this led to Noel MacNeal challenging Louis Mitchell to draw Kermit on the blackboard in the classroom where the panel was being held. I hope the teacher who used that classroom on the following Monday didn’t erase it right away. 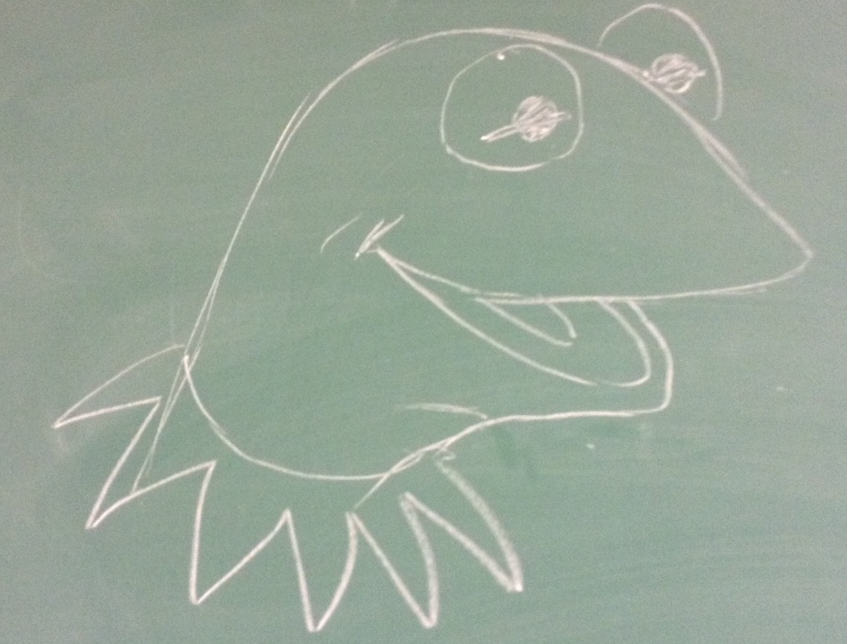 Question: Noel, what was it like in the Bear puppet for Bear in the Big Blue House?
Answer: Warm. They had the AC cranked up in that studio all the time. Here MacNeal also mentioned the wonderful photo of Big Bird meeting Bear that they managed to take when both shows were shooting at the same studio 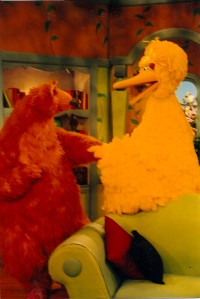 Question: Who’s your favorite Muppet?
Answers: Diana Leto’s is Kermit, Noel MacNeal’s two favorites are Snuffy and the Count, Louis Mitchell’s is Cookie Monster, and Karen Falk’s is Rowlf. Noel MacNeal’s son was there, too, and his favorite is Big Bird.

And that concluded the panel. From there, your intrepid Tough Pigs reporters walked a mile to the subway in a torrential downpour, drenched but satisfied in the knowledge that a day with Muppet people is a day well spent.

Thanks to Tough Pigs’ own Julian K for photo assistance!  Click here to sneak a cookie into all the oranges on the Tough Pigs forum!