All Singing, All Dancing, All Elmo 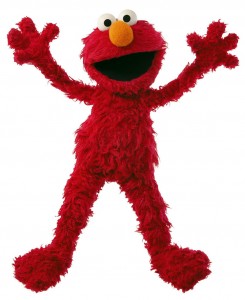 The New York Times has posted a piece full of details about “Elmo the Musical.” The new Elmo-centric segment has been in the works for a while now as a replacement for “Elmo’s World,” which had pretty much run its course. You should absolutely read the whole article, but here are some of the important points:

It all sounds like a very slick and exciting new venture for the show. “Elmo’s World” fans may note that there’s no mention of Dorothy the goldfish or and Misters or Misses Noodle, so I’m kind of thinking they might be retired now. But maybe they could make a cameo?
In case you missed them in our previous post on the new season, check out these preview clips of the “Sea Captain” and “Guacamole” episodes:

Click here to sing about this article on “Tough Pigs Forum the Musical!”

More Elmo and Friends at the Olympics