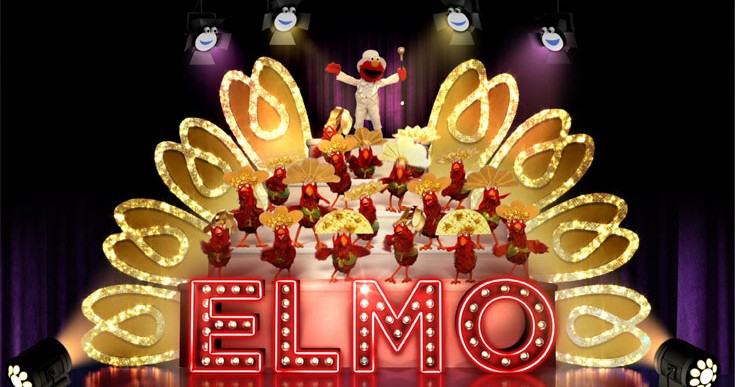 Sesame Street’s record-breaking 43rd season is starting on September 24th, which is right around the corner!  The good folks at Sesame Workshop have sent us some stuff.

One of the more exciting additions is “Elmo: The Musical,” the new end-of-the-show segment starring Elmo (naturally).  In every episode, Elmo will be starring in his own musical, with themes like “Sea Captain”, “Guacamole”, and “President”.  Because everyone loves some good avocado-based musical theater. Watch two previews of “Elmo: The Musical” right here:


David Hyde Pierce guest stars in the episode, “Get Lost, Mr. Chips”, in which Cookie Monster attempts to join the Cookie Connoisseurs Club, with potentially disastrous effects.  In “The Good Sport”, Telly does his best Burgess Meredith impression as he trains Elmo in hot potato.  Mario Lopez guest stars in “Me Am What Me Am”, as they once again tackle the ever-present rumor of Cookie Monster’s change to “Veggie Monster”.  And there’s 23 more episodes where that came from!

We’ll have more spoofs and parodies coming our way, with “The Voice” (a parody of the realty TV show), “Birdwalk Empire” (spoofing “Boardwalk Empire”), “Five By” (a song parody of Train’s “Drive By”), “Eye of the Potato” (spoofing the Rocky theme “Eye of the Tiger”), “Upside Downton Abbey” (poking fun at “Downton Abbey”), “Trashgiving Day” (mocking the Thanksgiving Day Parade), and “Porridge Art” (spoofing Quaker Oats Cereal, which has been begging to be mocked for years).

And watch some more previews of the new season right here!

Tune in for the season 43 premiere of Sesame Street on September 24, and keep an eye out for more about the new season here on ToughPigs!

Click here to watch ToughPigs: The Musical on the ToughPigs forum!