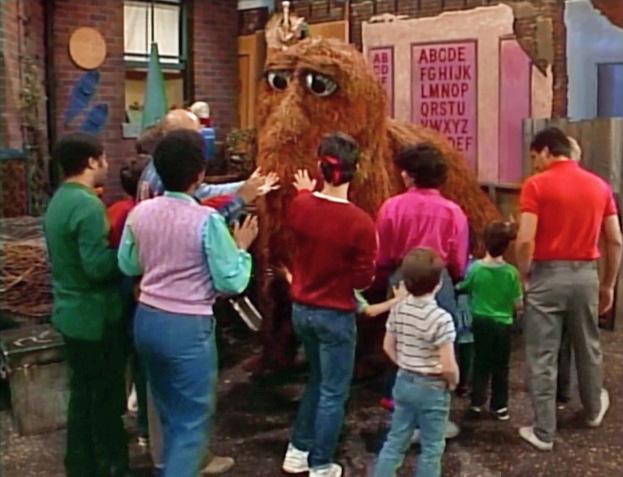 “Bird was just telling me that something that’s never happened before on Sesame Street is going to happen today.”

“Today is the day that everybody on Sesame Street is finally going to meet you face-to-face!”

Can you imagine spending 14 years trying to convince your friends of something (literally) huge, and having them not believe you?  It’s enough to drive a bird crazy.

14 weeks ago, I wrote about Mr. Snuffleupagus’s debut.  He popped up as a bug-eyed behemoth and instantly inspired a series of conspiracy theories.  Is he real or just a figment of Big Bird’s imagination?  Are the adults blatantly disrespecting Big Bird?  Will this frustration ever end???

This chapter of Big Bird and Snuffy’s relationship came to an end with season 17’s premiere episode.  It began with the above exchange as the two BFFs prepare for what’s coming.  It’s rare to see Sesame Street make an actual continuity change, so the warning of a change in dynamic is exciting and foreboding at the same time. 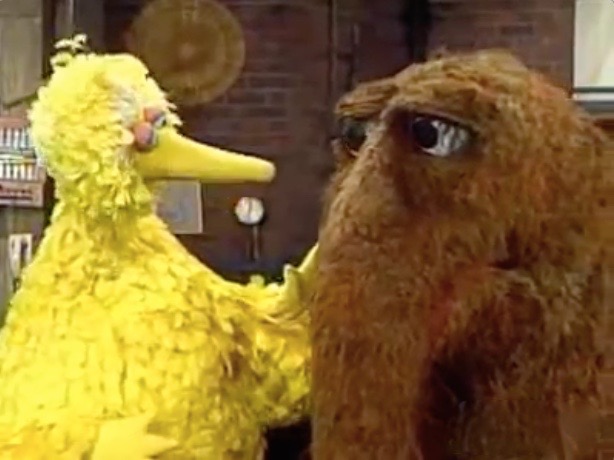 But also, it’s shocking to learn that there’s something happening on Sesame Street that the adults don’t know about.  Sure, viewers knew that Snuffy was a big unintentional secret, but seeing them confront that unknown factor feels like whiplash. Just yesterday they were authorities on the letter D or the importance of looking both ways before crossing the street, but today they’re face-to-face with the very thing they’d spent the last 14 years trying to convince Big Bird was an elaborate lie.

We’ve heard the stories about the primary lesson being taught – grownups need to believe kids when they tell them something important.  But there’s another powerful lesson here: Adults are fallible. They make mistakes, and sometimes those mistakes span years or decades.  But what’s important is that they own up to those mistakes and take it as an opportunity to grow.

And that’s just great.  Sesame Street is growing and changing and proving that the adults (aka the writers and producers of the show – it’s a metaphor!) can do the same. 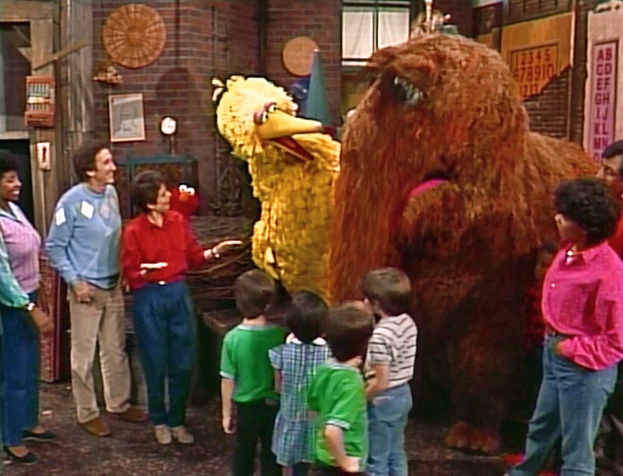 But there’s another element to Snuffy’s reveal worth dissecting.  The long-standing tradition of his disappearances always hinted at the fact that something was missing (or being missed).  In this episode, as Big Bird is devising his plan for the adults to finally meet Snuffy, he turns to the camera and says, “Gee, I don’t know why I get the feeling that I’m kinda losing an old friend,” insinuating that there may be a continued feeling of loss even after the reveal.

I can’t help but relate that feeling of loss to what we go through as Muppet fans.  There’s so much content out there that we’ve never seen and don’t have access to, and the frustration is relatable.  Every time Big Bird would spew his frustration that the grownups don’t believe him, I’m reminded about the hundreds of Sesame Street episodes that exist somewhere, but we don’t get to see.  Even Big Bird’s observation that things will never be the same after the truth is revealed invokes the Muppet Show DVDs – the reveal of the first few seasons on home video only made us confront the fact that there’s even more that we’re missing out on.

All in all, it’s fascinating to see Sesame Street and its characters go through such change, growth, and loss thanks to one groundbreaking moment. Things will never be the same. 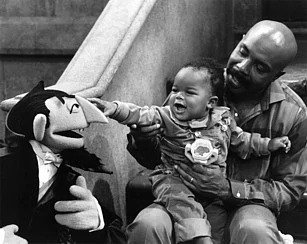 Notable Character Debut: Gordon and Susan adopt baby Miles!  And then we spent the next couple decades watching him grow up, graduate from high school, and disappear forever.

Notable Character Departure: Snuffy the “imaginary friend”. Sure, he was never actually imaginary to begin with, but this aspect of him is gone and will never return.

MVM (Most Valuable Muppet): Mr. Aloysius Snuffleupagus, if only for the fact that he finally stuck around long enough to meet the gang.

Other Notable Episodes: The Muppet Wiki is a little sparse for episodes from this season, but a few sound mildly interesting: An episode that takes place at night, Barkley dresses like a cow, Oscar opens a “New School for Grouch Research”.  Hey, they can’t all be as epic as Snuffy’s reveal!

Best Celebrity Moment: In the Snuffy episode, Phil Donahue makes a special appearance.  Before watching it, I would’ve guessed that he’d be there to report on this massive creature called a Snuffleupagus.  But no, he was there to get his toaster fixed at the Fix-It Shop, and then to go into full TV show host mode to moderate an argument about whether Big Bird’s secret word (“food”) is silly or not.  The whole sequence is a direct parody of Donahue’s self-titled show, as he runs around Sesame Street from person to person with his microphone to get everyone’s opinions.  The sequence is still fun, although extremely dated.  Donahue seems to be having a good time though, especially as he joins everyone for a group hug at the end. 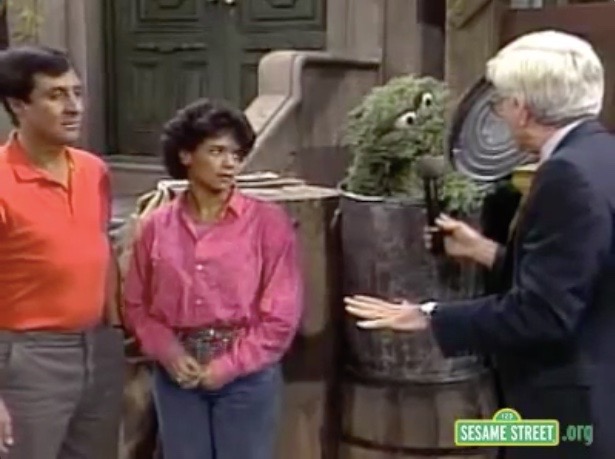 One More Thing: An early-ish version of Elmo is featured prominently in this episode, as he volunteers to hold on to Snuffy to make sure he doesn’t wander off while Big Bird is gathering the adults. It’s never not weird to hear Elmo from this era, as he’s more of a screechy baby than a child-like playmate.  It almost feels like the beginnings of a torch being passed from Big Bird – who was the star of Sesame Street for so many years – to future star Elmo.  Big Bird did a little growing up this season, and Elmo stands poised to take his place.

Okay, One More Thing: It is satisfying, however, that Snuffy whips Elmo around on his snuffle in an effort to shake him off.

Click here to find epic vindication on the ToughPigs forum!