What Muppet Fans Do 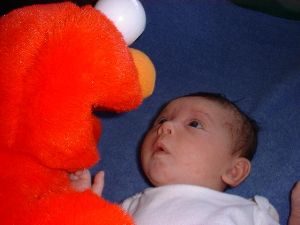 So, this is an easy experiment that anyone can try: Take a group of Muppet fans, put them on a message board, and systematically cut them off from anything interesting to talk about.

The Christmas Movie? That was months ago. Another press release about selling the Henson Company? Seen it. Muppet Show DVD’s coming out? Bought ’em two years ago from Time-Life. We’re like bored kids, trapped inside on a Sunday afternoon, waiting for the rain to stop. We’ve played all our games, we’ve colored in all our coloring books, and the only thing on TV is golf.

So, we do what any normal, well-adjusted child would do when they’re starved for entertainment: We find something to make fun of.

Today’s target: Crackpot reviews on Amazon.com. These were found by my friends on the Tough Pigs Forum, and I present them to you, just in case you’re as bored as we are. 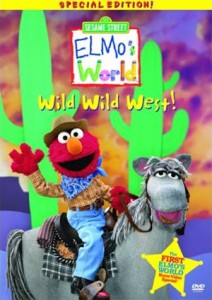 Elmo’s World: Wild Wild West
Reviewed by A viewer from Fort Worth, TX
August 5, 2002
Not bad but a bit too country

My daughter received this as a gift from her grandparents. It is not a bad video, but it’s a bit too country for my taste. My daughter likes it, but it is not her favorite. I would recommend it as long as you can stand to listen to a few country sounding songs.

The thing that I love about these crackpot reviews, obviously, is that each one tells a little story; it’s a little glimpse into someone else’s crackpot family. Like this one, for example: 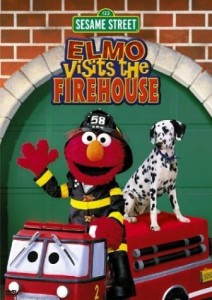 While this video is informative and a good source of information for older children, I do NOT recommend it for kids under 3 or 4. My daughter is 2, and loves Elmo’s World (we have several other videos) so I figured this would be okay. WRONG! She is now having nightmares and will not be left alone in the dark because she is afraid of fire. She even shakes with fear the way Elmo does at one point during the film. I think the subject matter is too advanced for her and better suited for older children. 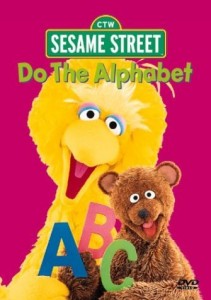 Sesame Street: Do the Alphabet
Reviewed by A viewer from Central Florida
July 25, 2002
A great disappointment

I bought this video along with some of the Elmo’s World videos which my son loves, and I was so disappointed after watching it only once. I will not let my 17 year old son watch it as he loves to watch Elmo videos over and over. I don’t want him watching Baby Bear doing his “mispwonunciations” while my son is in this stage of learning speech. I do not want my son to listen to the “mispwonunciations” and pick them up, and then have to teach him the correct pronunciation later.

It’s hard enough for them to learn speech, but their learning is based on what they hear. Since Sesame Street does not include an age guide on the outside of the video, I’m not sure if they meant for this to be for older children and maybe it isn’t a problem when they’re older, but I plan to donate this video because I wouldn’t even give it to another mom to have them go through this. Maybe in a library or doctor’s office where children only view the tape occasionally it would be OK, but this was NOT the video for my family to own. I also will not be bringing home anything else with Baby Bear speaking on it. 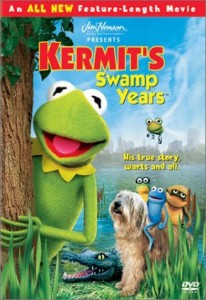 I have a three-year-old, and I am very selective about what he watches. I had thought that surely I would be safe with a Muppet movie. I was very wrong.

The movie had more than a few potty jokes. The sinister doctor/professor yelled “Shut Up!” and frequently spoke in an angry and threatening manner, which was distressing to my child.

Then the doctor conducted a class during which Kermit, his friends and some other frogs from the pet store were to be dissected — a frog was even restrained on a dissection table. Fortunately, at this point, I hit the mute button and began fast-forwarding the movie, while reassuring my child — who is working to come to grips with his own normal childhood wariness of the doctor’s office — that yes, the frogs were just getting a check-up, and then they would be okay and go home.

Some may find it funny to see a frog say in a longing voice that he’s been a bad boy and needs a spanking, and then see a frog spank him. But this is not what our children need to see. At least, it is not what I want my child to see. And my child, of his own volition, said he wanted to watch something else instead. 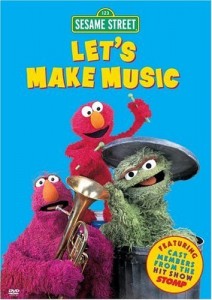 Bought this movie for my one year old. I was very disappointed in the human actors that were chosen for this video.

The male actors had earrings and other piercings that I thought were offensive and should have no role in a child’s video. What is our world coming to? Shame on you, Sesame Street!

Kermit’s Swamp Years
Reviewed by A viewer from E Palo Alto, CA
October 14, 2002
This is NOT “family fun for all ages”

My husband and I learned a valuable lesson with this video — always preview what your kid is watching. We thought we were safe with the Muppets, only to find too late that this video is violent and distressing.

The scene of the frog restrained on the dissection table, and the scientist coming at him with a scalpel is particularly bad. Unfortunately, unlike the previous reviewer, we didn’t get to the remote in time to stop it.

Later, we found our three-year-old playing “the mean game” with her stuffed animals. She explained that she tied them down and “tried to cut them” while the other stuffed animals tried to stop her. NOT what you want to hear from your daughter.

All of which leads us to wonder: What the heck is going on in East Palo Alto these days? Dag! When I was three years old, I was watching real live animal dissections every weekend — what can I say, I lived in New Jersey — and I never played “the mean game” with my stuffed animals.

I mean, maybe it’s me, but if my toddler was shaking and crying and torturing her playthings, I would probably have more on my plate than posting a stern review on Amazon. But other people have different theories of child-rearing, I guess. Anyway, we’ll be back with more people’s personal tragedies Held Up for Ridicule as soon as we get this bored again. Which ought to be any day now.

Thanks to Jes Evans and Captain Cully for finding these reviews…