We Need to Talk About Jen 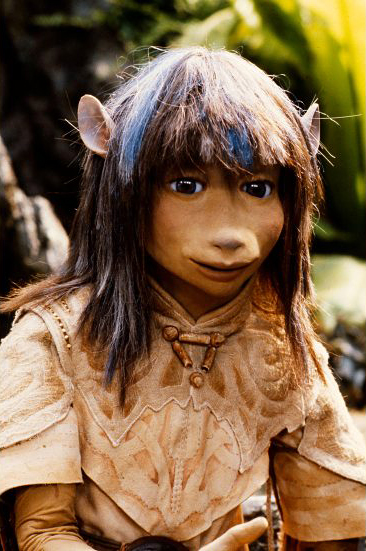 Over a year ago, my partner and I went to see the Fathom Events screening of The Dark Crystal. I hadn’t seen the movie in over a decade; all I remembered was that the film was gorgeous but had a very, very boring story. My opinion after rewatching it was mostly unchanged, of course. Look, I am such a sucker for visuals and amazing puppetry that I still adore this movie, even if I believe the plot is dull. But I remember leaving with a newly kindled obsession: Jen is 100% worthless.

At the time, we at ToughPigs were working on a series of articles for Women’s History Month, and I suggested I run an article wherein I just dunked on Jen for a couple hundred words and praised Kira for the remainder. Editorial shelved this idea for some reason or another (donations from an anti-wing lobby group???) and instead I just wrote a bit about how much I love Prairie Dawn (Note: she’s the pink Sesame Street Muppet who doesn’t have wings. Coincidence???).

But now, in honor of the Netflix Age of Resistance series, I have been unshackled, freed like the animals at the end of The Dark Crystal. Jen is garbage, and here is why.

Firstly, Jen was raised from childhood by the Mystics, who knew that the prophecy said a Gelfling would have to restore the Dark Crystal. And yet Jen has no skills and no knowledge about the world around him. One would assume that the Mystics would teach him something, and yet here is a small list of things Jen needs to be taught about during the movie: animals, Podlings, outer space, remembering things, eye-bats, Gelflings.

Here is a fairly-comprehensive list of things Jen knows about during the movie: playing the pipes, reading “words that stay.” While it’s unquestionable those things are helpful, it’s not exactly what you need from an adventurer. I have to wonder why the Mystics didn’t teach him more, which leads me to believe that Jen obviously ignored every other thing they said. I mean, the kid doesn’t even know how to bandage himself. He was probably too busy narrating his own life to listen to them tell him what a Garthim was or whatever. It’s my only explanation.

Along these lines, while Jen does use his pipe skills and literacy to help him in the film, it’s obvious that there was an alternative that a more perceptive or personable character could’ve used. For instance, it’s Jen’s flute that reveals which of Aughra’s shards is the true shard, but like, he probably could’ve asked Aughra… or at least tried to. Likewise, Jen reads “the words that stay” to identify that his goal is to restore the Dark Crystal, but one could also get to that same conclusion by interpreting the related pictures. (Someone needs to read some of Scott McCloud’s words that stay, I guess.)

In fact, Jen is also responsible for the most heinous action in the entire film. Understandably upset after Kira’s Podling family gets Garthimed, he hurls the shard into the woods. And does not go after it. This is a Henson world where literally every living thing is a cute puppet: the odds that the shard would be gobbled by some sort of fish or snake or Big Mean Carl are too high to measure. Jen does not understand the stakes of this mission, and again, we have to assume the Mystics conveyed the stakes to him, so I guess Jen is just too lazy to care or whatever. It’s the only proper assumption.

Y’see, wiser men than I have outlined the problems with movies about prophecies. Prophecies remove all agency from characters, all logic from narratives, and ultimately let characters who are bumbling failures accomplish great things. Why is Jen the hero of this movie? Well, because of the prophecy, of course. He doesn’t have to be the smartest or strongest or most compassionate or win the most games of Muppets Party Cruise or anything. He’s just Jen, and that’s supposed to be enough.

Except the Dark Crystal is even more regrettable, because the prophecy isn’t even explicitly about Jen. It’s about a Gelfling, and the Mystics just assume Jen is the last Gelfling. But we quickly learn he isn’t, because Kira is a character.

And Kira has the following traits: she knows a lot about the world, she is very personable, good at maturely dealing with problems, she can control wild animals by singing, she can fly. There is no reason why the movie doesn’t just switch to being about Kira and leave Jen completely out of the adventure. Kira is fun and likable and capable. Jen just is a puppet who likes to narrate his own life.

In the end, the Dark Crystal is restored by Jen’s hand, but only because Kira controlled the animals to distract the Skeksis. And of course, there’s no reason why Kira couldn’t have done it herself. You know what they say: women do more work and get less credit. Here’s hoping those wingless boy Gelflings are a little more progressive, or at least a little more useful, in the future.

Thanks as always to Muppet Wiki for images! Click here to dunk on Jen for a couple hundred words on the Tough Pigs forum!

What We Want from Netflix’s Dark Crystal Series