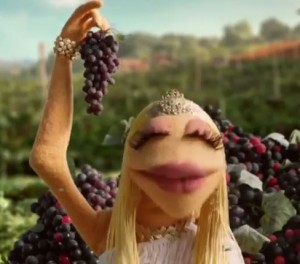 Okay, so it still seems crazy to me that Toyota posted teaser trailers and behind-the-scenes interviews to promote a Super Bowl commercial.  I mean, it’s basically a commercial for a commercial at that point.

But I assumed they were doing it to make sure everyone watched the Super Bowl and saw the commercial so they could get their advertising dollar’s worth. (I believe a one-minute ad on the Super Bowl now costs $850,000,000.)

But apparently they don’t care if anyone even watches “The Big Game,” because they’ve gone and posted the whole ad on YouTube.  Take a look, and ponder the fact that there wasn’t a single original Electric Mayhem song in all of The Muppets but there’s a pretty good one in a car commercial:

Thanks to our pals at The Muppet Mindset for the alert! Click here to go places on the Tough Pigs forum!

Watch a Brief Preview of the Muppets on “Good Luck Charlie”