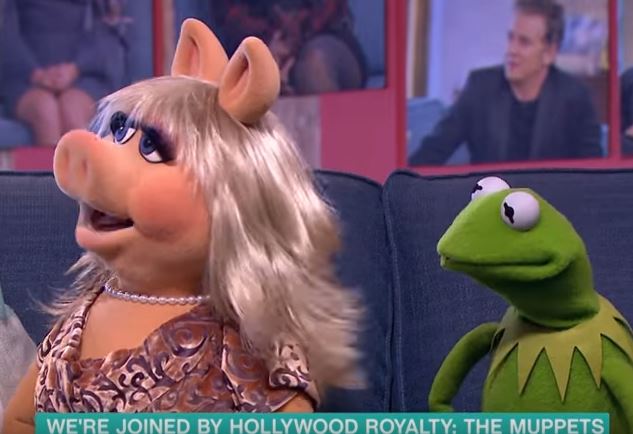 The Muppets have some live shows coming up at the O2 Arena in London, so they’ve been busy appearing on British talk shows to make sure everyone knows about them.

Here are the appearances we’ve seen so far… Kermit and Miss Piggy on Channel 4’s The Last Leg, including a couple of presumably hilarious topical British jokes:

Then there was Fozzie on The One Show:

Kermit and Miss Piggy talked to something called NME… I’m guessing that stands for “New Muppets [Are] Exciting!”

They also ran down their list of favorite musical duos in a fun bit:

Kermit and Miss Piggy chatted with the titular hosts of This Morning with Phil & Holly:

And then Fozzie joined Kermit for a cooking segment with Phil:

I gotta say, I’m liking the Muppets’ commitment to the “Kermit and Piggy are just co-workers” gag. I hope they stick with it for a while.

Those are all the appearances we’ve seen, but let us know if we missed any!

Watch Gonzo and His Ridiculous Hat on Jimmy Kimmel