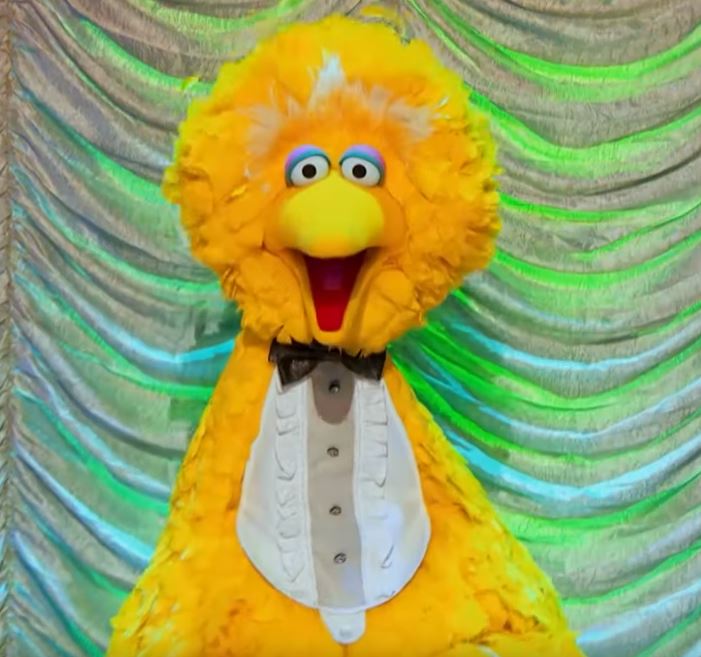 They’ve been hyping it for a while now, and last night it all went down. Big Bird went up against Jason Schwartzman on the Paramount Network’s ridiculous competition show Lip Sync Battle. I have to say, I was really surprised they chose “Closer” by Nine Inch Nails as the song Big Bird lip-synced. It was a bit shocking, but he did a great job.

Nah, just kidding. In addition to pretending to sing Michael Bublé’s “Feeling Good,” Big Bird lip-synced to “I Gotta Feeling” by the Black Eyed Peas. And then Schwartzman did Pink’s song “Just Like Fire.” Take a look:

It almost feels like cheating that Big Bird brought his famous friends, doesn’t it? And the audience is clearly thrilled to see them.

A bit of a spoiler if you haven’t watched Big Bird on @lipsyncbattle yet, but the much sought-after Lip Sync Battle belt now lives in my office. Thanks, @llcoolj @chrissyteigen #jasonschwartzman for an amazing time! #bigbird #puppets #puppeteer #dancingbird #lipsyncbattle #sesamestreet #sesame50 #thisismystreet @sesamestreet @ryandillonmuppeteer #davidrudman @aliciadurand

Congratulations, Big Bird! I hadda feeling it would be a good night.

Click here to have a good, good night on the Tough Pigs forum!

This Is CNN: Elmo and Abby Shake It Off