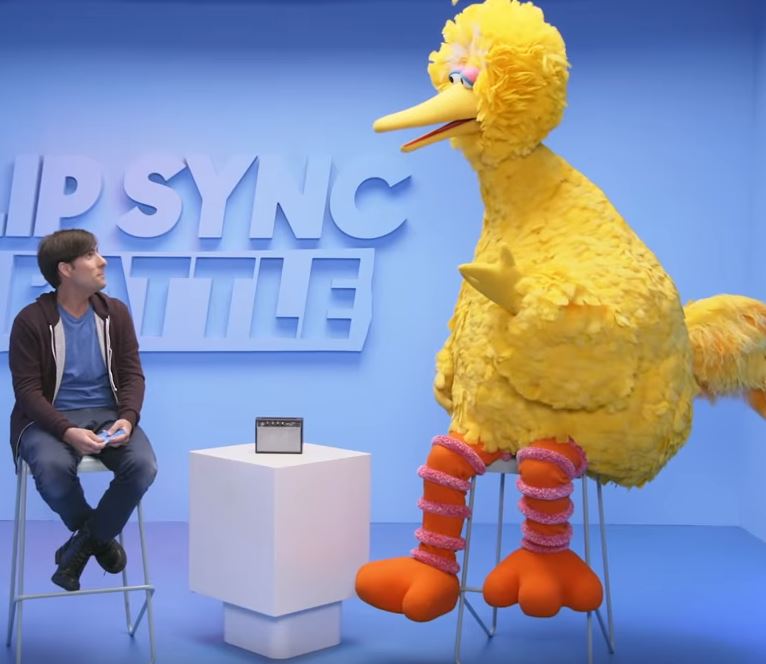 The TV show Lip Sync Battle is exactly what it sounds like. It features celebrities competing at dramatically lip-syncing along to hit songs.

Now, here’s the thing about Muppets: They can and do lip-sync, but they don’t really move their lips to form words. They pretty much just flap their mouths open and closed. When you watch a Muppet singing with the sound muted, it looks like they’re going “BA BA BA BA BA-BA BA BA.” It would be completely ridiculous to have a Muppet compete on Lip Sync Battle.

So it’s a good thing Big Bird, a Muppet, will be competing on Lip Sync Battle, this Thursday, May 30 on the Paramount Network. In a newly-posted video, Big Bird and Jason Schwartzman, his co-star for the episode, get to know each other with a series of questions. It’s altogether charming. Check it out:

Click here to be a letter of the alphabet on the Tough Pigs forum!

Sesame Returns to Today, The Chew