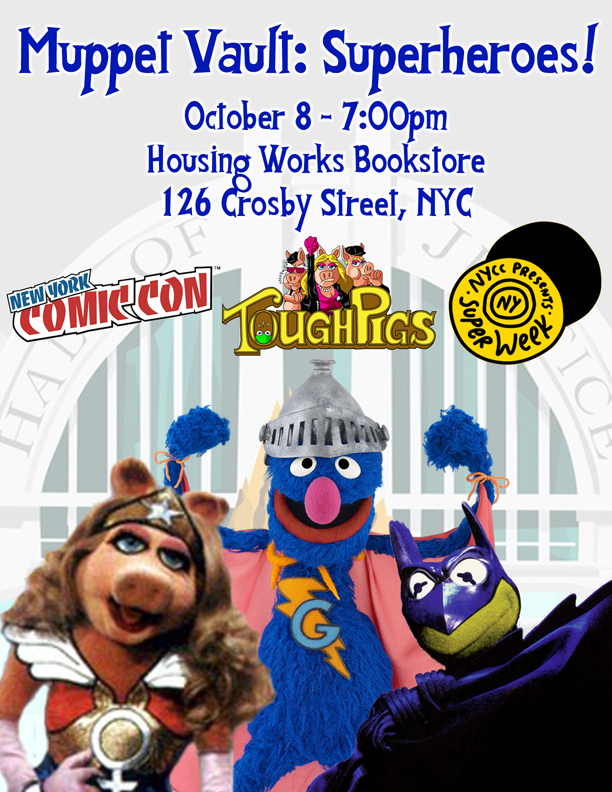 We at ToughPigs love comics.  We love Batman and Superman and Archie and Pogo, and when they actually happen, we love the Muppets in comic form too.  So when we get the chance to form a super team between the comic book world and the Muppet Vault, you’d better believe we’ll be fighting that ever-lasting battle.

We are very proud to announce that the Muppet Vault will be taking part in New York Comic Con’s New York Super Week!  The week leading up to New York Comic Con will be filled with geek and pop culture-releated events, featuring events with Neil deGrasse Tyson, The Nerdist, and The Big Quiz Thing, themed events for fans for Doctor Who, old school Nickelodeon, and Dr. Katz, as well as karaoke, trivia, live podcasts, and much, much more.

Join us on Wednesday, October 8th at 7:00pm in New York City for Muppet Vault: Superheroes! We’ll be showcasing some of our favorite super-powered moments from The Muppet Show, Sesame Street, and various rare Muppet TV appearances and commercials. You’ll see Miss Piggy fight crime as Wonder Pig, Captain Vegetable serve up some justice, and a certain cute, furry, blue hero who goes by the name Super Grover.

The show will be held at the Housing Works Bookstore, located at 126 Crosby Street in Manhattan. The venue is in SoHo near the N/R, 6, and B/D/F/M trains. So many options! Housing Works also has a cafe, so you’ll be able to stay as caffeinated and alert as Gonzo when he met Lynda Carter.

Since Housing Works is a charitable organization, there will be no charge for this special Muppet Vault event, but there will be a suggested donation of $8 at the door.  ($10 for super villains.)

This edition of the Muppet Vault is all ages!  So feel free to bring your kids, bring your hipster roommate, and bring your robot sidekicks!

Since the event isn’t until October, we will be updating this space with additional details as they become available.  So please bookmark this page or follow our announcements on Twitter and Facebook!

Want to be among the first to know about future Muppet Vaults? Join our all new Muppet Vault Mailing List below, and get a monthly notice containing the date, location, and theme for the next Vault! We promise to keep your email addresses to ourselves, and you won’t get more than one or two emails from us per month.

See you in New York City on October 8th for Muppet Vault: Superheroes!! 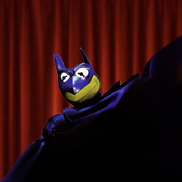 Click here to fight for truth, justice, and the ToughPigs forum!