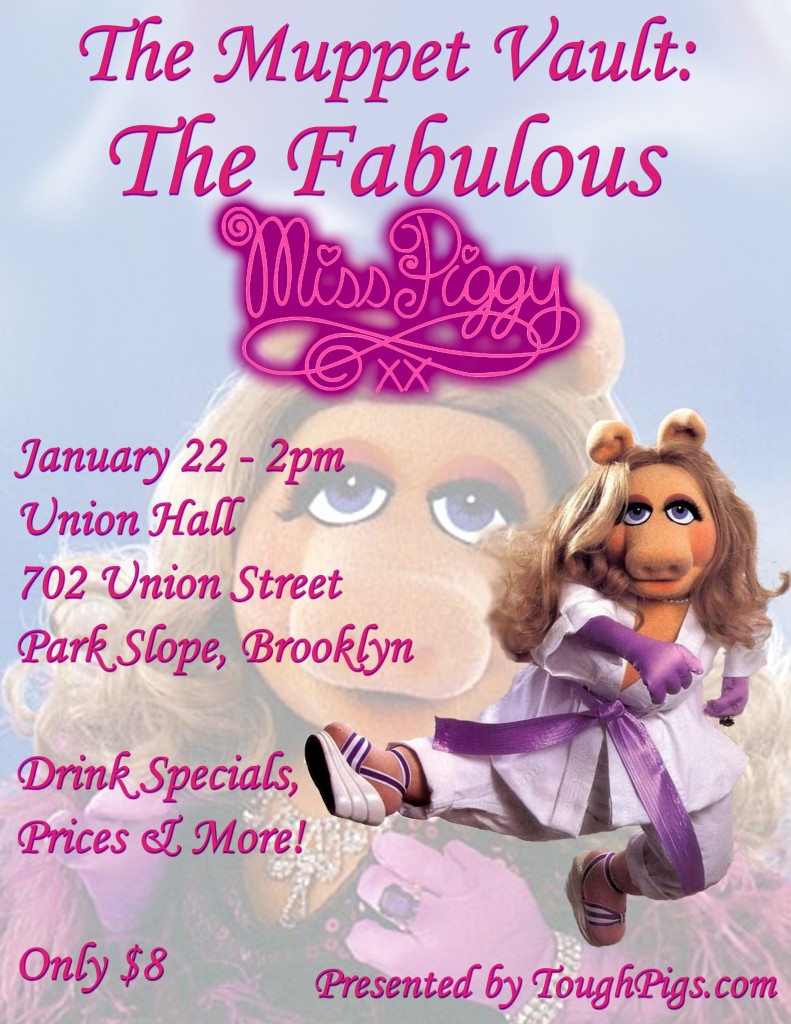 With Halloween and Christmas and New Year’s all behind us, we’re beginning to run out of holidays.  Lucky for us, we had a demand polite request from a certain porcine celebrity for this month’s theme.

The next Muppet Vault will be held on Sunday, January 22 at 2pm, and we’ll be celebrating The Fabulous Miss Piggy! We’ll be showcasing some of the Divine Miss P’s greatest moments from The Muppet Show and Muppet movies, and we’ll be screening the classic and rarely-seen The Fantastic Miss Piggy Show!  As always, there will be drink specials, rare Muppet videos, trivia, and prizes! All that and more for just $8! Which is the only un-Piggy part of the show, since she doesn’t leave the house for anything that costs less than $500.

Once again, the Vault will be held at Union Hall, located at 702 Union Street in Park Slope, Brooklyn, NY. The venue is near the 2,3,4,D,N, and R trains. So many options! Union Hall has a fully-stocked bar, food options, a fireplace, a library, and two bocce ball courts. And on January 22, it will be rife with the smell of diamonds and bacon.

Don’t let the bar atmosphere fool you, the Muppet Vault is all-ages! So bring your kids, bring your grandparents, and bring your dog Foo-Foo!

Space at Union Hall is very limited, so pre-ordering your tickets is highly recommended! Click here to nab your tickets with a karate chop to the gut.

We’ll see you in Brooklyn on January 22 for Muppet Vault: The Fabulous Miss Piggy! 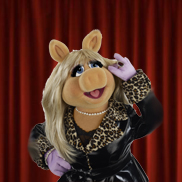 Click here to celebrate the original Tough Pig on the ToughPigs forum!