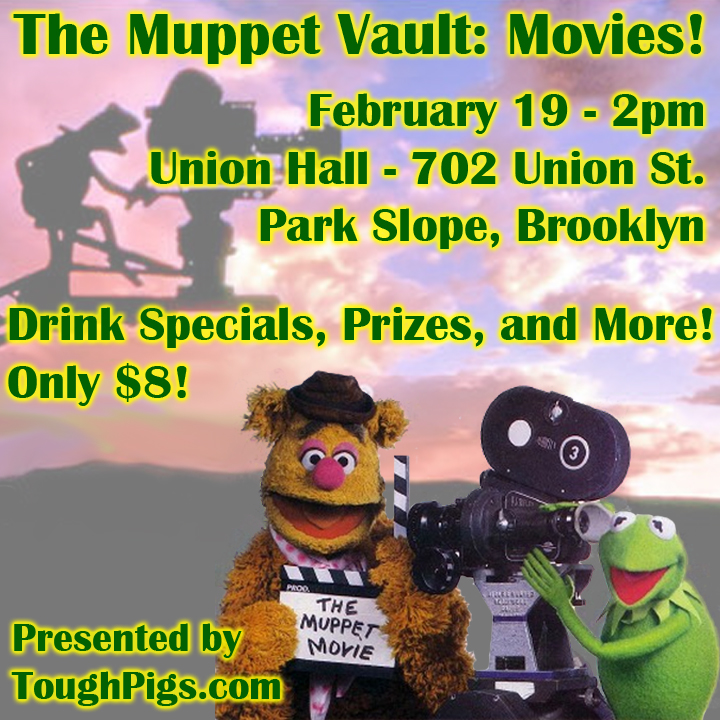 Awards season is upon us!  Which means we’re here to ride the coattails of the Academy Awards with our very special movie-themed Muppet Vault!

That’s right, we’re reprising Muppet Vault: Movies (think of it as a sequel) on Sunday, February 19 at 2:00pm!  We’ll be showing the classic Muppets Go to the Movies, as well as some of our favorite movie-themed Muppet clips, including Oscar nominated actors and memorable movie spoofs!  As always, there will be drink specials, rare Muppet videos, trivia, and prizes! All that and more for just $8!  But really, it’s just an honor to be nominated.

Once again, the Vault will be held at Union Hall, located at 702 Union Street in Park Slope, Brooklyn, NY. The venue is near the 2,3,4,D,N, and R trains. So many options! Union Hall has a fully-stocked bar, food options, a fireplace, a library, and two bocce ball courts. And on February 19, it will be lined with paparazzi!

Don’t let the bar atmosphere fool you, the Muppet Vault is all-ages! So bring your kids, bring your grandparents, and bring your miniature gold statuettes!

We’ll see you in Brooklyn on February 19 for Muppet Vault: Movies! 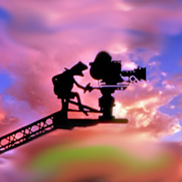 Muppet Vault: The Bird, The Grouch, The Legend!