A Tale of Two Sesame Streets 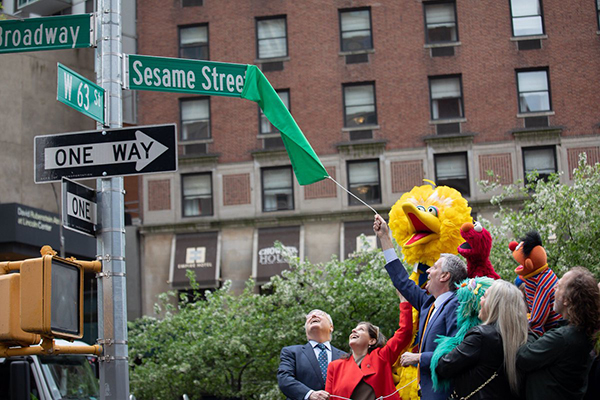 Finally, we can tell you how to get to Sesame Street.  And apparently, so can literally every other news agency.

With Sesame Workshop’s latest achievement in erecting a permanent street sign in New York City denoting the corner of West 63rd Street and Broadway “Sesame Street”, every newspaper, blog, TV report, and listicle has made that same joke.  (Our own coverage, by the way, can be found here.)Not that this is anything new – my colleague Ryan Roe wrote a whole article about this phenomenon (do doo do do doo) a couple years ago.  In fact, it was more of a prophecy, as evidenced by “useful tip #3”.

But with the declaration of finally being able to provide the oft-requested directions to Sesame Street, more problems have arisen.  The big one, as we’re learning, is that people don’t actually want to know how to get to Sesame Street.

The best comparison I can think of can be found in the following video, in which Elmo reveals that “What’s the Name of That Song” is the name of the song they’d been trying to identify for the previous 30 years.

I mean, don’t you just feel deflated?  All the fun in the song has just been ripped out, just like someone explaining their own joke.  Plus, now there seems to be no reason for ever singing it again, since we’ll never again wonder what the song’s title is.  Thanks for ruining everything forever, Elmo.

If I’ve done my math right, the classic Sesame Street theme song has been played over 25,578 times (that’s twice a day, every weekday for 49 years, not counting multiple channels, home video, YouTube, or audio releases).  It’s quite possibly the most listened to song in the history of television.  And with the “Can you tell me” question being asked at least three times per song, that’s a heck of a lot.  So much, in fact, that we’ve gotten used to asking the question without expecting an answer.

And with millions of people singing those lyrics thousands of times, there’s literally never going to be a result that satisfies the majority.  Dare I say, there’s probably no one who actually wants a definitive answer.

Thankfully, the more informed Muppet fans among us know that this new Sesame Street is not the same Sesame Street that we see on TV.  And we have proof!  Here are just a few of the ways we can tell that Sesame Street and Sesame Street are two completely different locations:

The people living on Sesame Street reside in the iconic brownstone at 123.  But in this area of Manhattan, there are no brownstones – only high-rises filled with one percenters who can afford the rent.  Grover could never work enough shifts at Charlie’s Restaurant to pay for a studio apartment there. 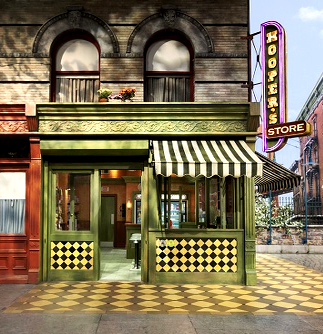 As you can guess, there’s no Hooper’s Store at the new Sesame Street location.  However, there’s an excellent bakery called Breads Bakery, at which Cookie Monster would have an absolute field day.  (ToughPigs.com is in no way sponsored by Breads Bakery, however we would gladly trade advertising space for some of their world famous chocolate babka.) 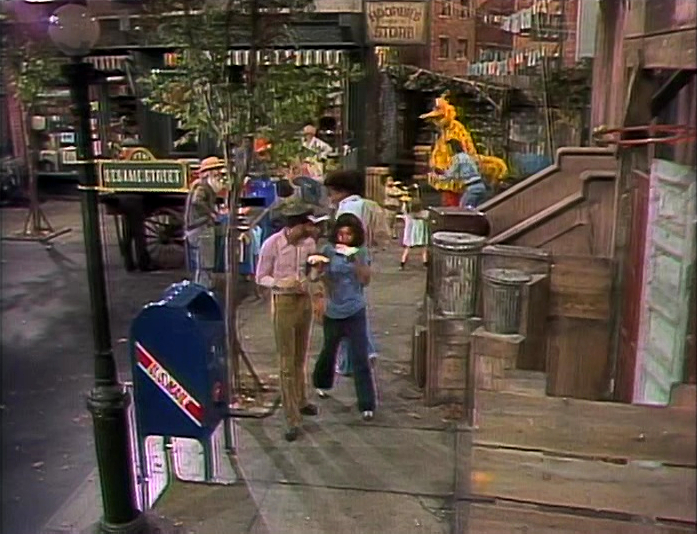 Did you know that Sesame Street doesn’t have real curbs where the sidewalk meets the street?  It’s one less thing for Big Bird to trip over, I guess.  But the new Sesame Street is surrounded with real, city-installed curbs.  So, watch your step the next time you visit. 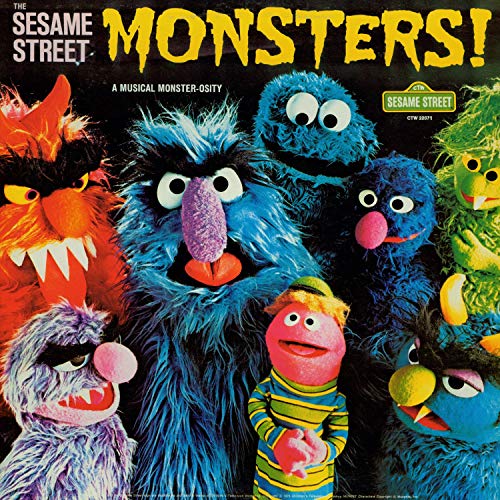 Despite the knockoff Elmos and Cookie Monsters a few blocks away in Times Square, there are no actual monsters at W 63rd and Broadway. There are, however, many grouches.  Eh, it’s New York. 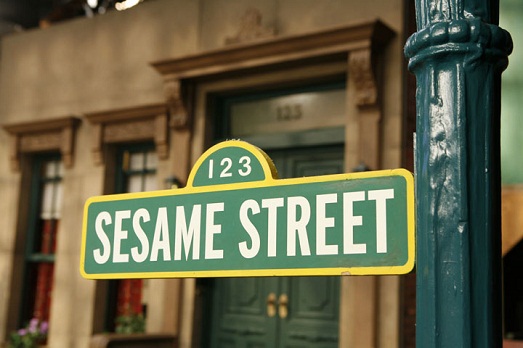 The new street sign isn’t even the right shape!  Not enough yellow!  Where’s the CTW bump on top?  What kind of bootleg, amateur job is this???

So as you can see, the confirmation that there are two Sesame Streets reveals that the show’s theme song remains in tact.  We still don’t know how to get to Sesame Street – the real Sesame Street – and that’s a good thing.  Maybe let’s keep it that way.

Click here to use the full nine-digit zip code of the ToughPigs forum!