About a month ago, all I could tell you about Twin Peaks is that it had something to do with a murder in a small town, and it was pretty much a David Lynch fever dream made into a television series.  But then my Netflix queue got low enough to remind me that Twin Peaks had been on my list of shows to watch for quite a while, and it’s about time I just go ahead, pour myself a hot cup of coffee, enjoy a slice of pie, and figure out who killed Laura Palmer.

And I’m damn glad I did.  Twin Peaks is such a bizarre show, but surprisingly fun.  I guess it’s sort of like the Muppets in that regard, though I didn’t really make that connection until I saw artist Justin Lawrence DeVine’s Twin Peaks/Muppets mash-ups.  Kermit really is like the cool-headed Agent Cooper.  Miss Piggy really is like the complicated, mysterious Laura Palmer.  Animal really is like the dangerous id of Bob.  And so on and so on.

We reached out to DeVine for permission to re-post his excellent work, and we’re so glad he agreed.  There are 11 pieces in the series, but Justin says he may revisit it, if only to round out the dozen. So this may not be the last we see of Justin DeVine or the strange world of Twin Peaks.

You can find more of Justin Lawrence DeVine’s work on his Tumblr page. 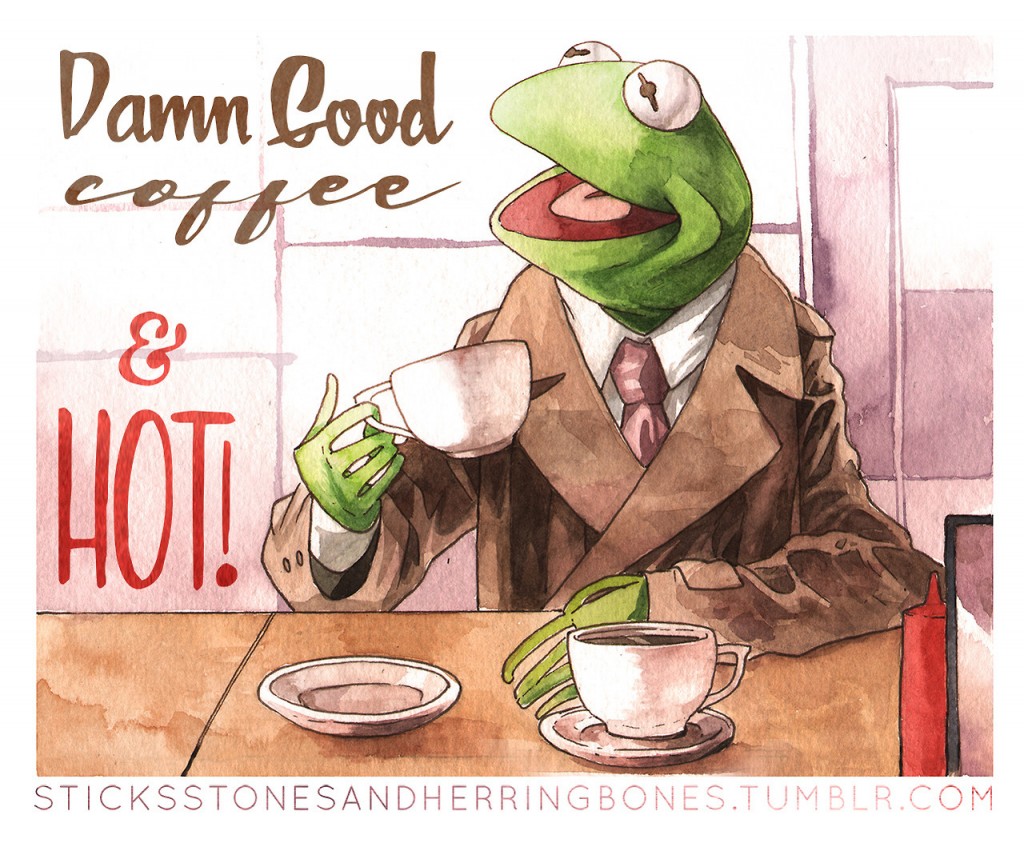 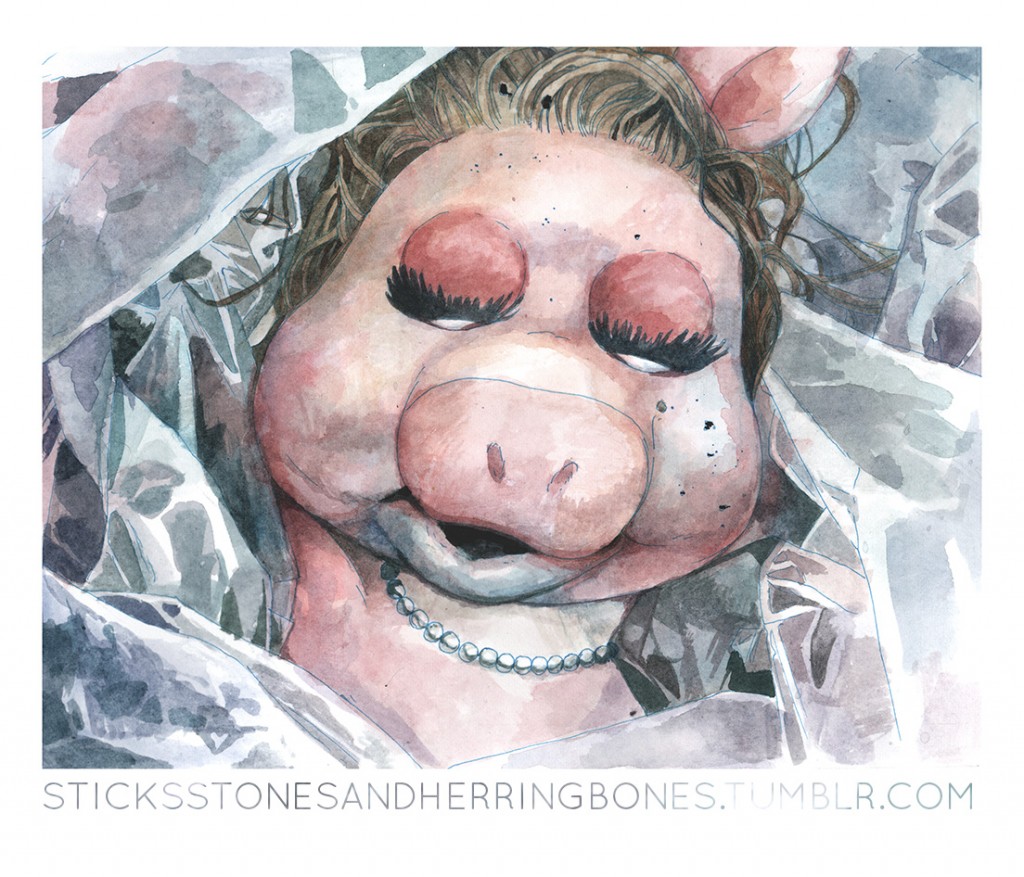 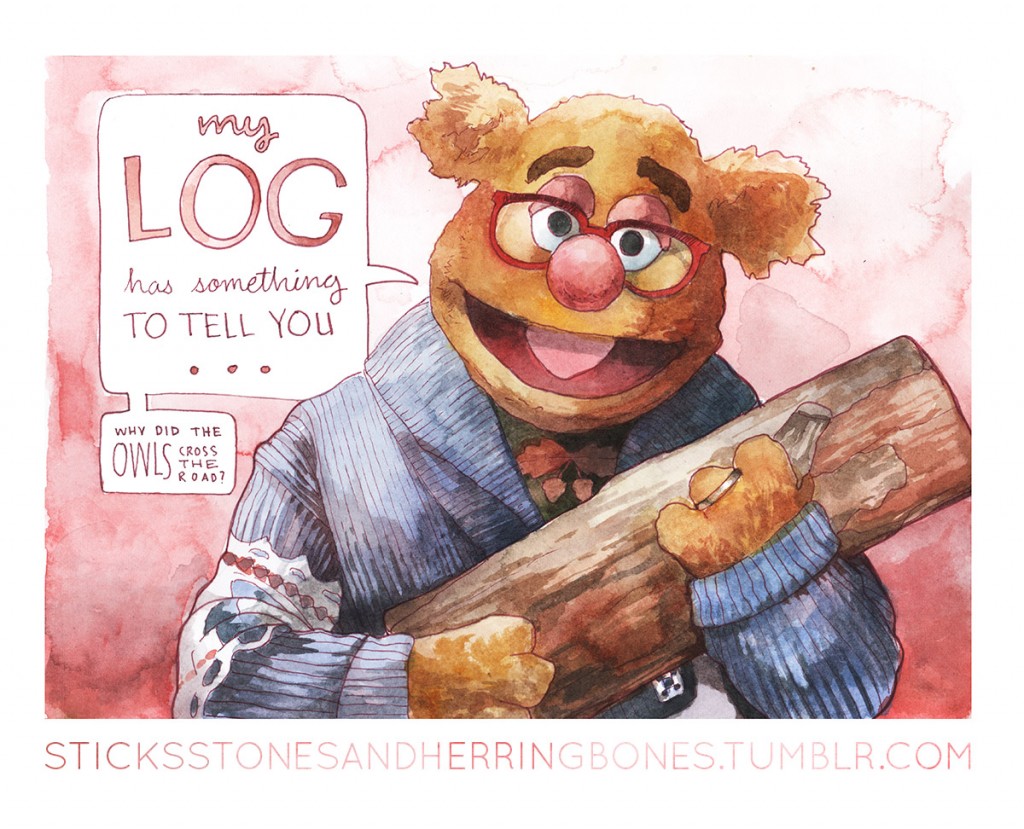 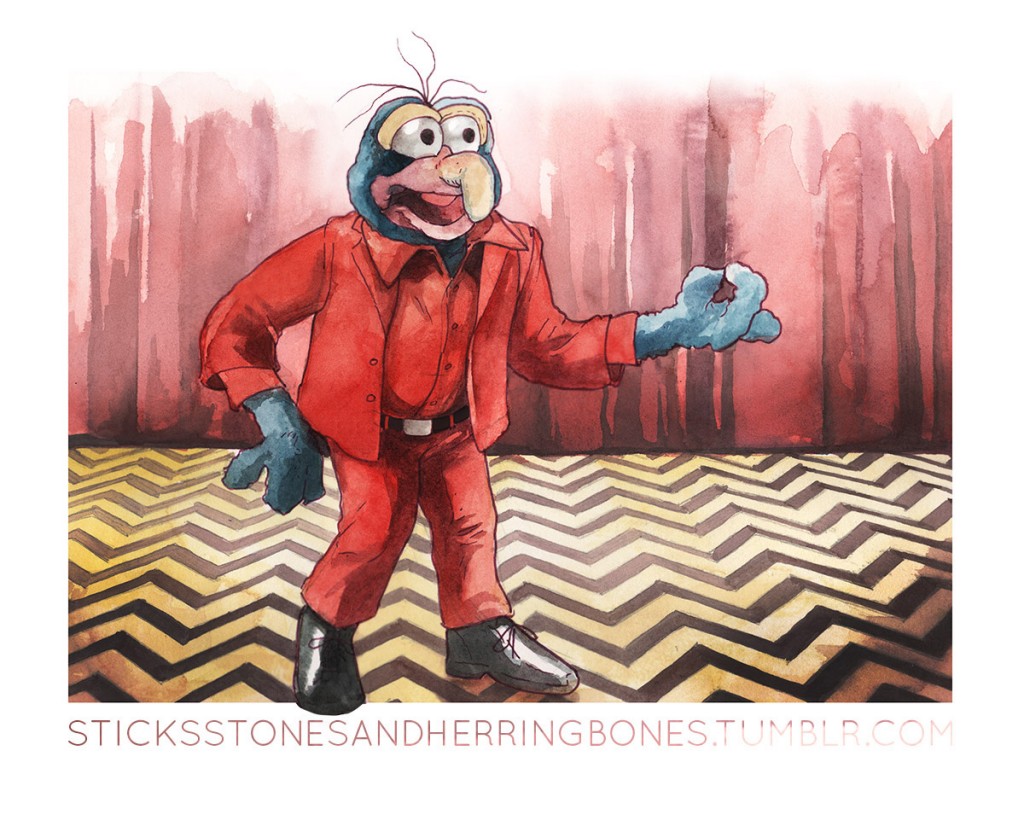 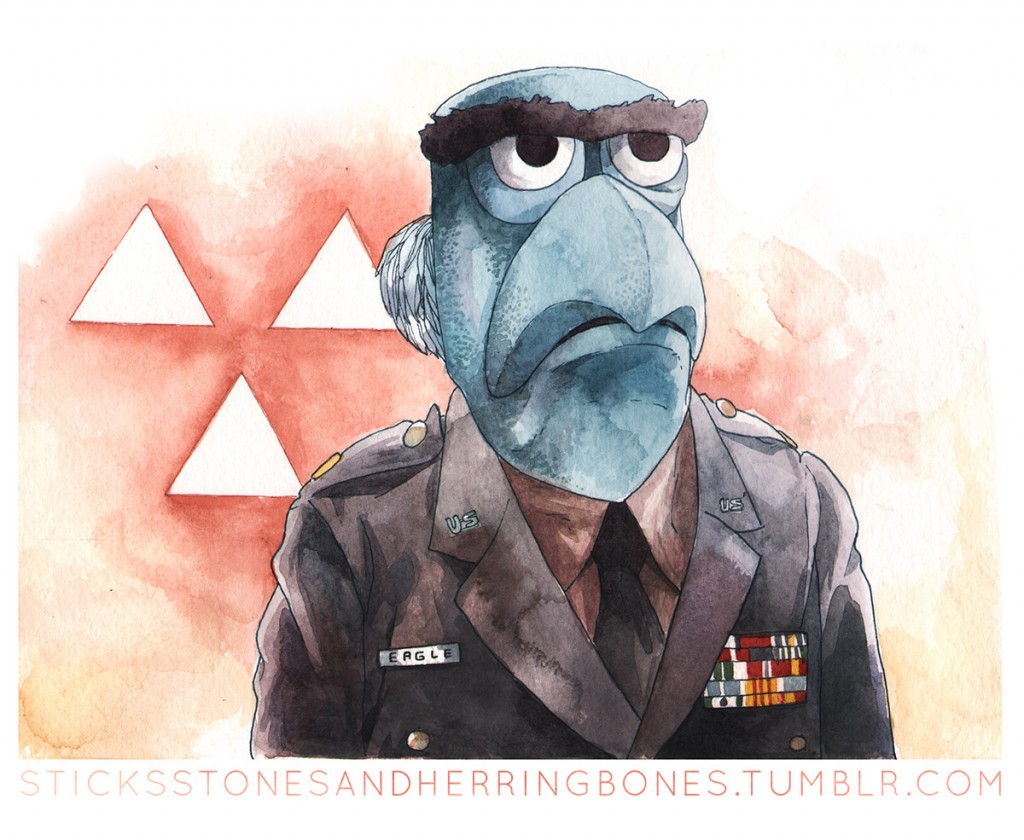 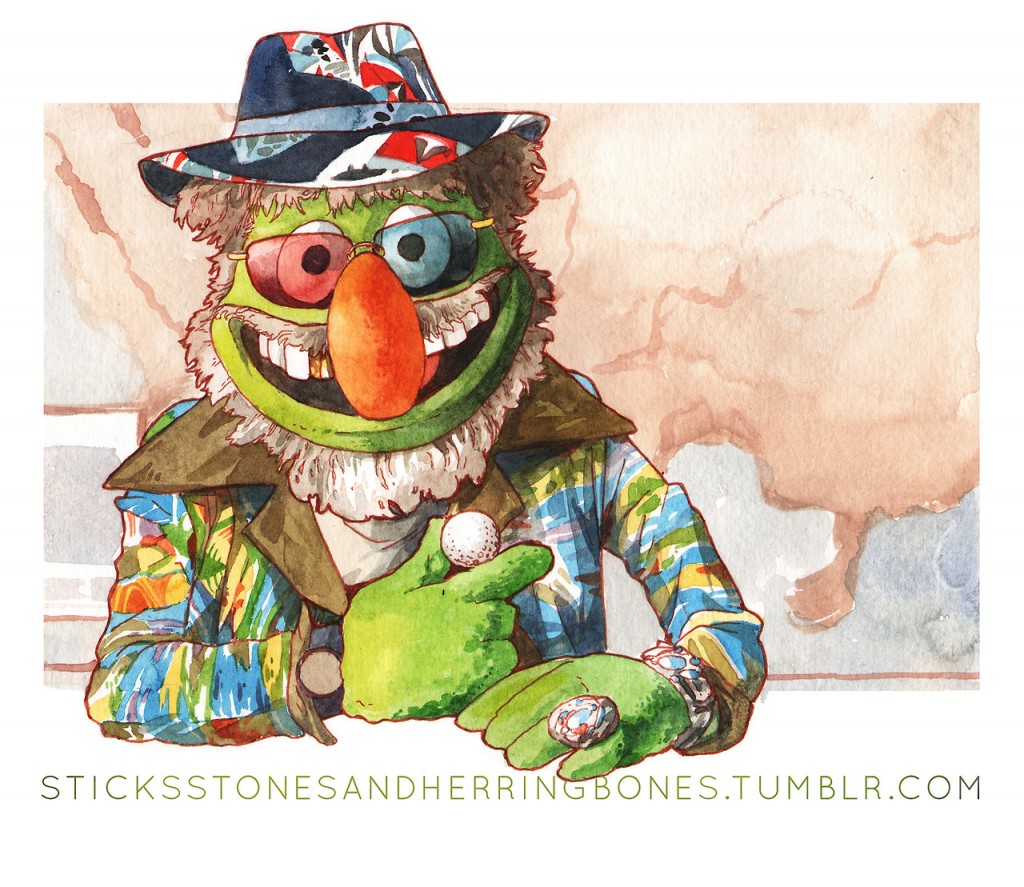 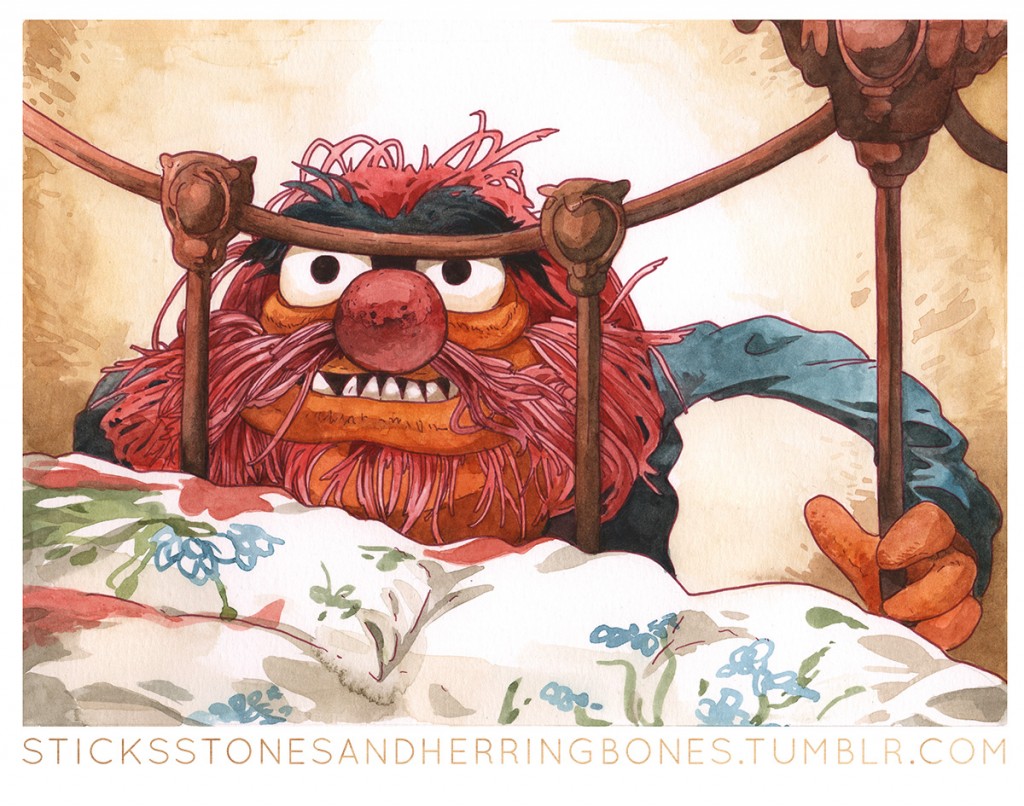 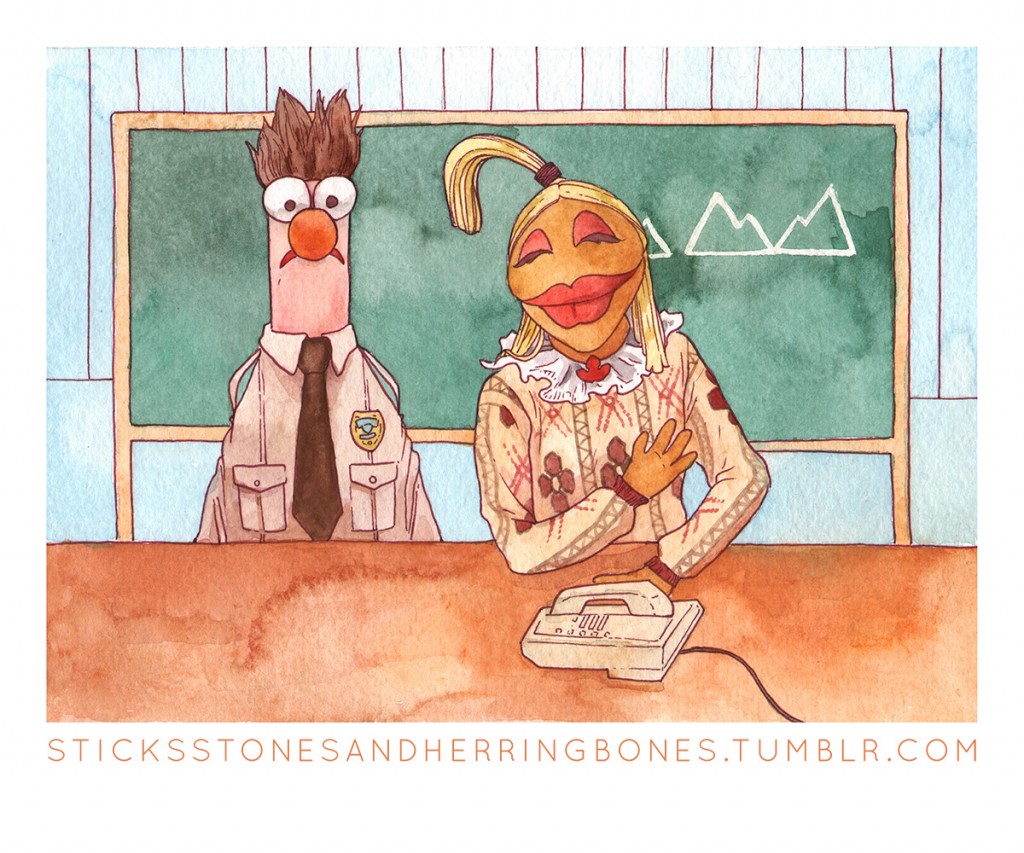 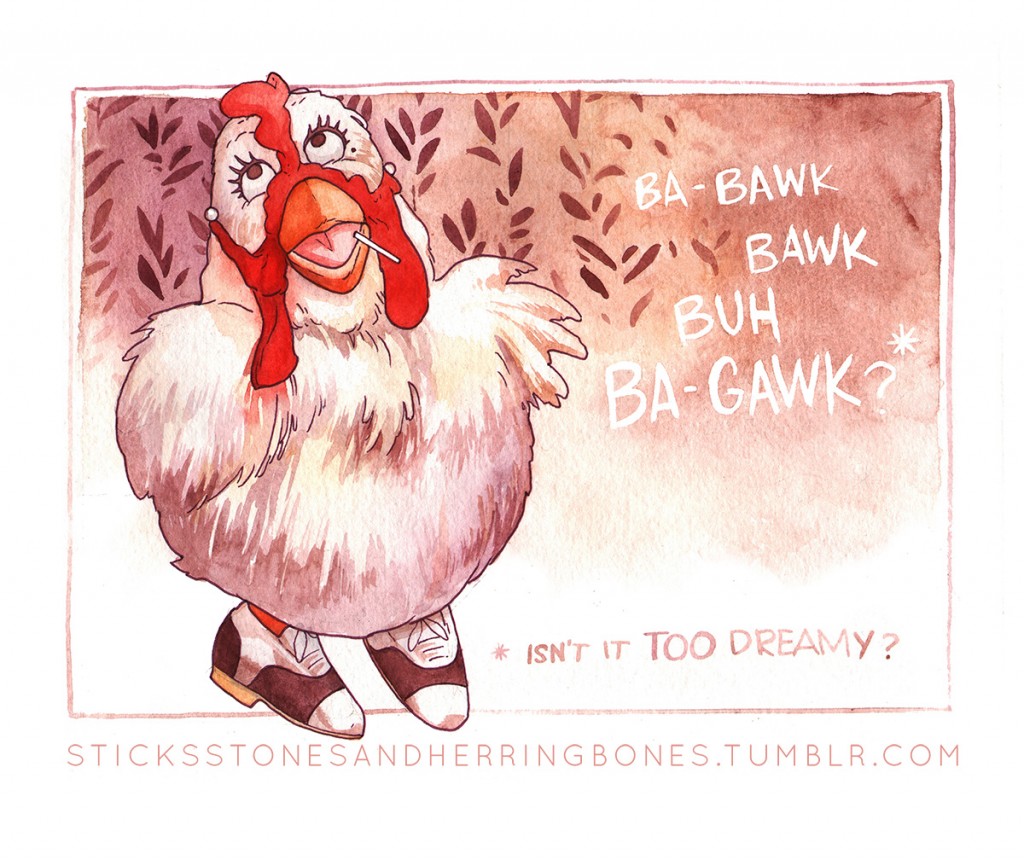 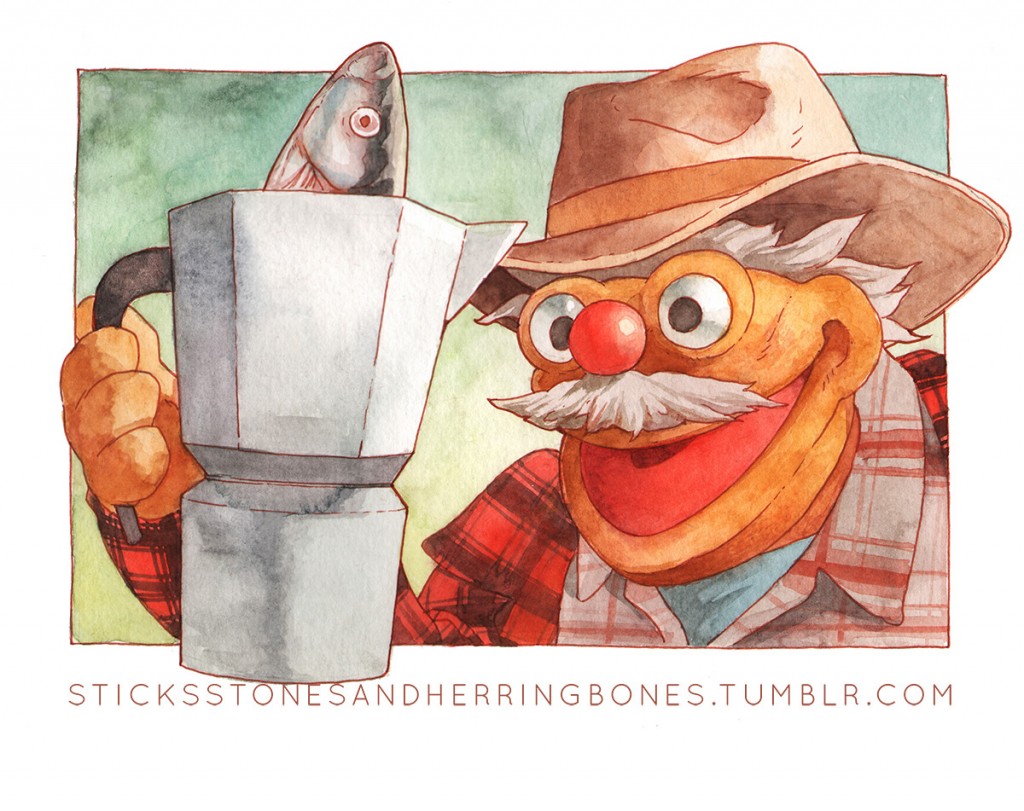 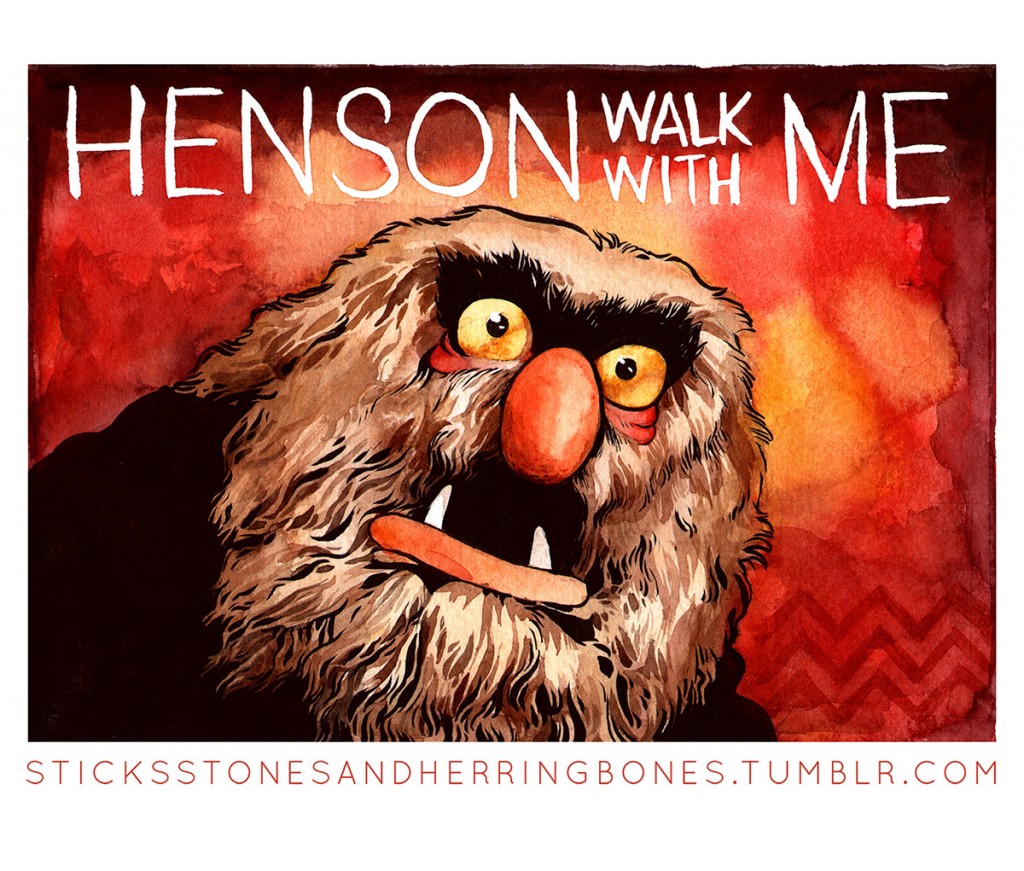 Many thanks to Justin DeVine for allowing us to re-post his work!

Click here to fire walk with me over the the ToughPigs forum!