VCR Alert: Why Are the Muppets on “Trophy Wife”? 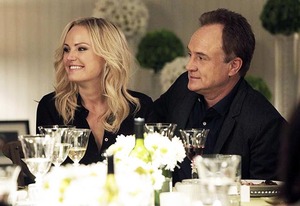 The Muppets are going to be on the ABC sitcom “Trophy Wife”.  I’m not entirely sure why, but I guess that’s corporate synergy for you.

According to TV Guide:

In the first of a special two-part episode of the ABC sitcom, Kate (Malin Akerman) suddenly decides she wants a proper wedding even though she and Pete (Bradley Whitford) already eloped months earlier.

Although their wedding doesn’t go down as planned, Akerman says fans will still enjoy it. “It is probably one of the most original wedding scenes you’ve ever seen. I don’t think I’ve ever seen a wedding scene with The Muppets and an airplane,” she teases. “It’s a very unusual wedding.”

So there you have it.  A wedding, an airplane, and some Muppets.  Should be interesting!  I hope!

The wedding episode of Trophy Wife is a two-parter, so part one will be tonight (Tuesday, March 11) and the second part will air on Tuesday, March 18.  We’re not sure which half will feature the Muppets, so you’ll have to tune in to find out.  Both episodes will air on ABC at 9:30/8:30c.

Thanks to our friends at Muppet Stuff for the info! Click here to try and envision a wedding without Muppets on the ToughPigs forum!

VIDEO: Kermit the Frog on The Late Late Show with James Corden

Can You Tell Me How to Get to the Late Late Show?