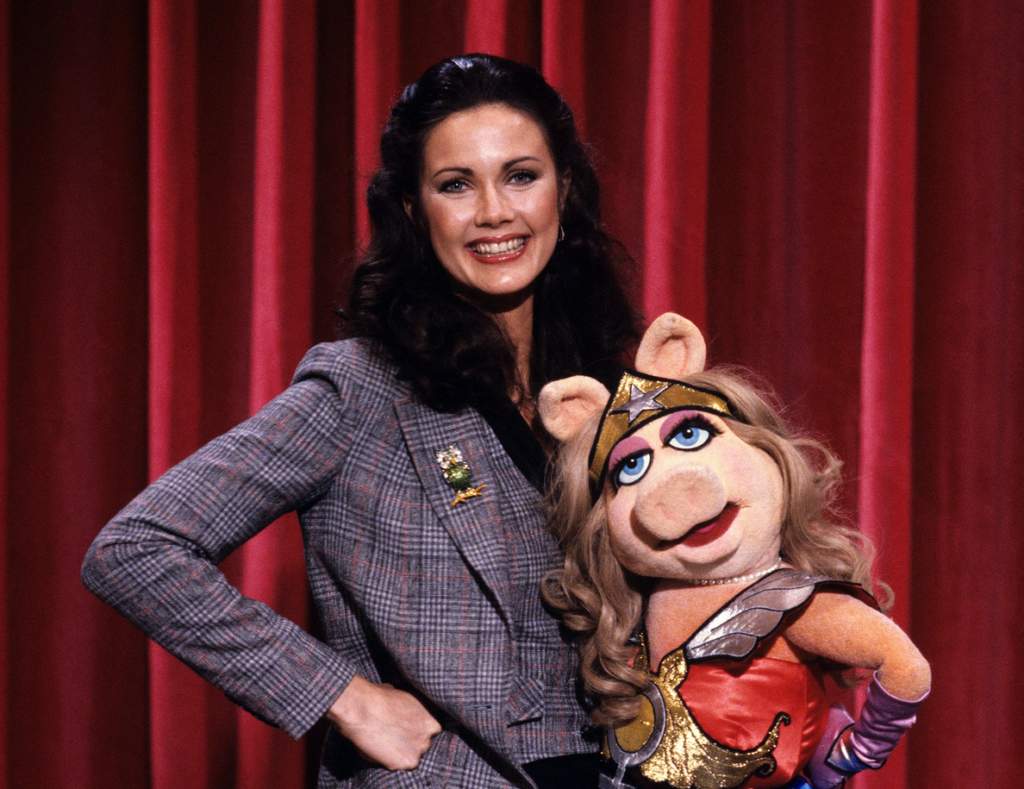 After waiting pretty much my entire life, we’re finally in the era of the female superhero. Wonder Woman and Captain Marvel were both box office smashes, and Birds of Prey just opened last weekend. Squirrel Girl, Miss Marvel, and Ironheart are heralded as some of the best comics coming out right now. The CW’s Batwoman and Supergirl aren’t going anywhere.

All of this is to say, it’s fitting that the Lynda Carter Muppet Show episode is particularly super – super entertaining, super silly, and super fun – even if Mrs. Carter never dons her famous crime fighting getup.

Carter’s episode is jam packed with songs, gags, sketches, and an overarching plotline about everyone backstage wanting to become a superhero. There’s never a moment of downtime in this entire episode; never a dull moment to be seen.

While this action-packed episode certainly tips its hat to Carter’s relationship to superheroes, it’s kind of nice that she never actually takes on the role of Wonder Woman. Possibly my favorite moment of the entire episode is when, after the Wonder Pig segment, Piggy smugly asks, “Aren’t you sorry you didn’t bring your suit?” and the camera closes in on Lynda Carter’s face and she says simply, “Well, uh… no.” And who can blame her? This episode aired a y 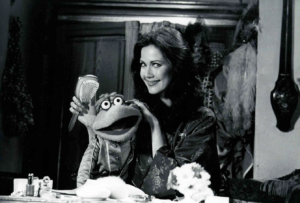 ear after Wonder Woman ended, wherein Carter portrayed the character for three whole seasons. No doubt she was ready to shed the super suit and be herself for a change, and she does a stellar job throughout. She’s got great comedic timing, good chemistry with the characters, and a beautiful singing voice. Watching her react to the Muppets being flung through the air in the last number is heaps of fun, and in the cold open she calls Scooter “Scoots” which I find absolutely endearing.

Of course, though Carter never transforms into Wonder Woman, the writers still leaned heavily on the superhero theme. I love the idea of the Muppets all ordering a correspondence course (Invincibility Made Easy!) to become real superheroes. It’s a great gag throughout, and the show benefits from its central characters being, well, made out of felt and fur. Watching Scooter read all the positive reinforcements about being able to fly out loud only for his friends to immediately plummet off the ladder is a laugh out loud moment. 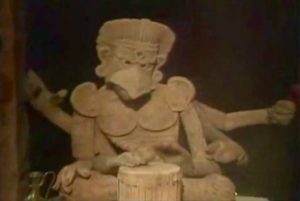 The rest of the episode holds up and has plenty of gems. I particularly love Sam’s list of disgusting things, which ends with the rats carrying him off to be thrown in the trash. Both renditions of Beatles songs are wonderful, the Newsman getting eaten by a crocodile in one segment only to be eaten by the same croc in the following bit is priceless, and both Carter’s numbers are a whole lot of fun. Overall, this episode knocks it out of the park on all fronts.

Best Joke: I love Lew trying to use x-ray vision to see through a door, only for Fozzie to suddenly break through said door, making Lew believe that he’s triumphed in learning a new superpower.

Lamest Joke: Statler: “Do you think the lobsters will share some of their popcorn with us?” Waldorf: “No chance! They’re too shellfish!”

MVM (Most Valuable Muppet): Scooter all the way. He’s the one who introduces the concept of Invincibility Made Easy and convinces everyone else to try to fly. 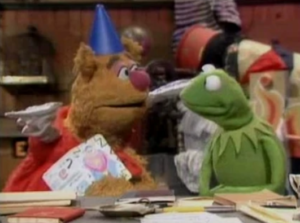 Most Classic Moment: I’d give it to the Wonder Pig segment, solely for Piggy’s transformation sequence and outfit. It wouldn’t surprise me if a lot of people were familiar with the image of Piggy being dressed as Wonder Pig but had never seen this episode.

Musical Highlight: It’s sort of a tie between the two Beatles numbers, though if you twist my arm I’d like to give it to ‘With a Little Help From My Friends’ – mostly for the comedic genius idea of showing the sacrificial idol, cutting away, and then cutting back only for the idol to suddenly be rocking out on a saxophone.

Should-Be-Classic Moment: Sam’s list of disgusting things around the theater, including a romantic liaion between a frog a pig, the existence of a penguin and chicken, and a rat wearing a tie.

Missed Opportunity: I felt like the idol sacrifice scene and then summoning Rezal-evad-gib were somehow going to tie in together, but they never did. 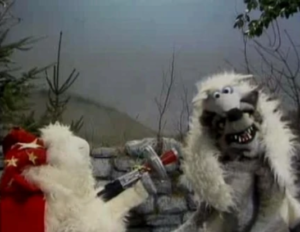 First Appearance Of… the Wolf puppet terrorizing the sheep in the ‘Whiffenpoof Song’! He’d go on to appear in The Jim Henson Hour, Muppet Christmas Carol, Muppet Treasure Island, and more!

Adultiest Content: The Super Sheep at the end of ‘Whiffenpoof Song’ straight up pulls out a gun and shoots the Wolf in the face.  That’s not exactly superhero strategy…

Obscure Character Watch: Half of the Rubber Band (the slinky ones with mouths at the top of the structure) would return to sing backup for Garth Brooks on Muppets Tonight. 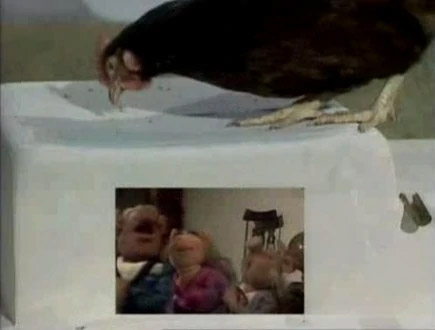 Coolest Puppetry Effect: I know it’s not a puppetry effect, but I love the giant chicken (played by an actual chicken) in the Wonder Pig sketch.

One More Thing… The angered crocodile god who twice eats the News Man is named Rezal-evad-gib, which is “Big Dave Lazer” spelled backwards.  The normal-sized David Lazer was an Executive Producer on The Muppet Show.

Okay, One More Thing… As of 2003, you can own your own Palisades figurine of Scooter wearing his superhero outfit from this episode!  Or if you can’t find it, you can pretend you have one that successfully mastered the art of invisibility. 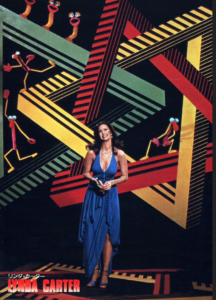