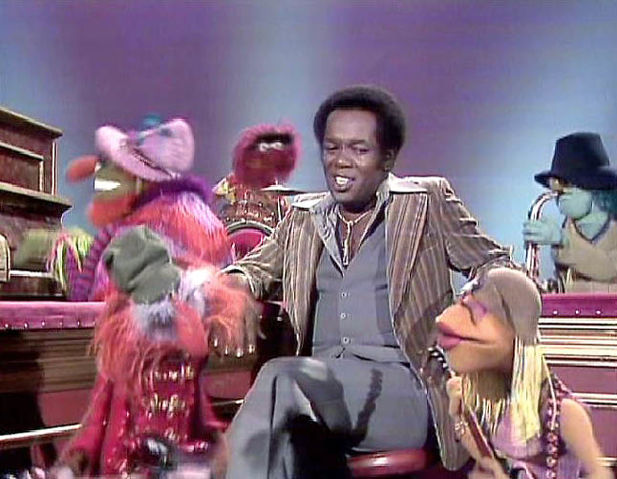 Lou Rawls is a good guest star. Heck, I’d even say he’s a great guest star, based solely on how good “Bye Bye Blackbird” is and how effortlessly he talks to Floyd and Animal. But today, I’m not thinking about Lou Rawls. Today, I’m thinking about puppets. (Someone tell Mr. Noodle.)

You know, for a website about Muppets, we don’t talk about puppets enough. I mean, we’re always writing about how good the Muppets’ characters are and how much we love their zany antics and wacky songs, but have you ever stopped and really paid attention to the Muppets as puppets? 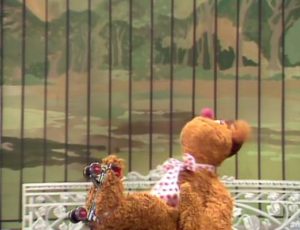 The Lou Rawls episode is a great time to do that, because, of course, the overall plot is that Fozzie is trying to learn to roller skate. That seems pretty straight-forward, but then you realize that there isn’t a single full-body shot of Fozzie in this entire episode. So how do you make it look like Fozzie is skating? Well, Frank Oz moves him very smoothly, screaming all the time. And I believe Fozzie is rollerskating the entire time. Now that’s acting. Because what this episode is really all about is how much subtle acting the Muppeteers incorporate into just the movements of their characters. Even Fozzie and the Swedish Chef rollerskate differently, revealing a lot about Fozzie’s nerves and incompetence and the Swedish Chef’s baffling inconsistencies.

Look, I’m always watching out for neat puppetry tricks, but for this episode, I particularly focused in on this kind of subtle acting. It’s everywhere, folks. I mean, it always is, but there are just so many good moments. Gonzo, dancing by himself during “At the Dance,” except he’s holding his arms as if he had a partner. Beaker, shaking slightly, holding his arms out in front of him as if he’s expecting to fall over. Miss Piggy, tilting her head to wordlessly flirt with Lou Rawls. Link, going completely overboard while cuddling a piglet. 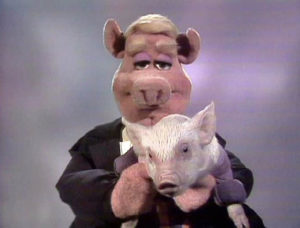 See, the Muppets are good characters for a number of reasons. We could name favorite traits for all of those characters (though admittedly some people would have a hard time with Link). But it’s just amazing that this characterization can be conveyed simply through motion, and I know for a fact that many viewers never stop and consider it.

There’s so much subtlety to the way The Muppet Show—a show I associate with broad dumb jokes and loud explosions—is performed. And all it takes is a pair of roller skates to start noticing it. 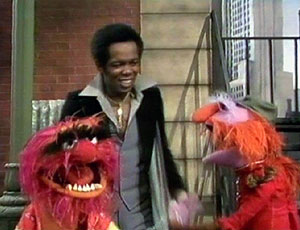 Best Joke: Fozzie’s rollerskating comedy routine also showed up on one of the Muppet Show albums, so I am very familiar with it. His main joke:

“A guy walks in to a diner. There’s a horse behind the counter. The guy just looks at the horse. The horse says, “What’s the matter, surprised to see me here?” And the guy says, “Yeah, did the cow sell the place?””

This joke is my favorite joke of all time and every time anyone says they’re “surprised to see” anything, I ask if the cow sold the place. I am sure it never gets old, and I am even more sure that none of my friends understand why.

MVM (Most Valuable Muppet): It’s obviously Fozzie, but some props need to go to Animal, whose conversation with Lou Rawls is adorable.

Best Musical Moment: “Bye Bye Blackbird” is an extremely fun scat number with a featured scat verse for every member of the Electric Mayhem. Also, it ends with a fun shout-out I won’t spoil.

Most Classic Moment: Again, that rollerskating comedy routine for sure.

One More Thing: I might love that horse joke, but the real reason I chose to review this episode is much weirder. Years ago, the mashup artist dj BC put out a Muppet mashup album. One track (which you can listen to here) features a fantastic version of “I’m Happy” from Sesame Street, sampled Floyd and Lou Rawls’s conversation from the middle of the episode. I think about it all the time and it’s definitely worth checking out. 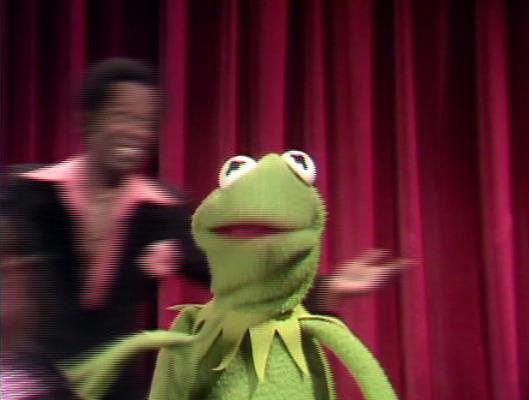 Click here to wonder what happened to the bar-owning cow on the ToughPigs forum!