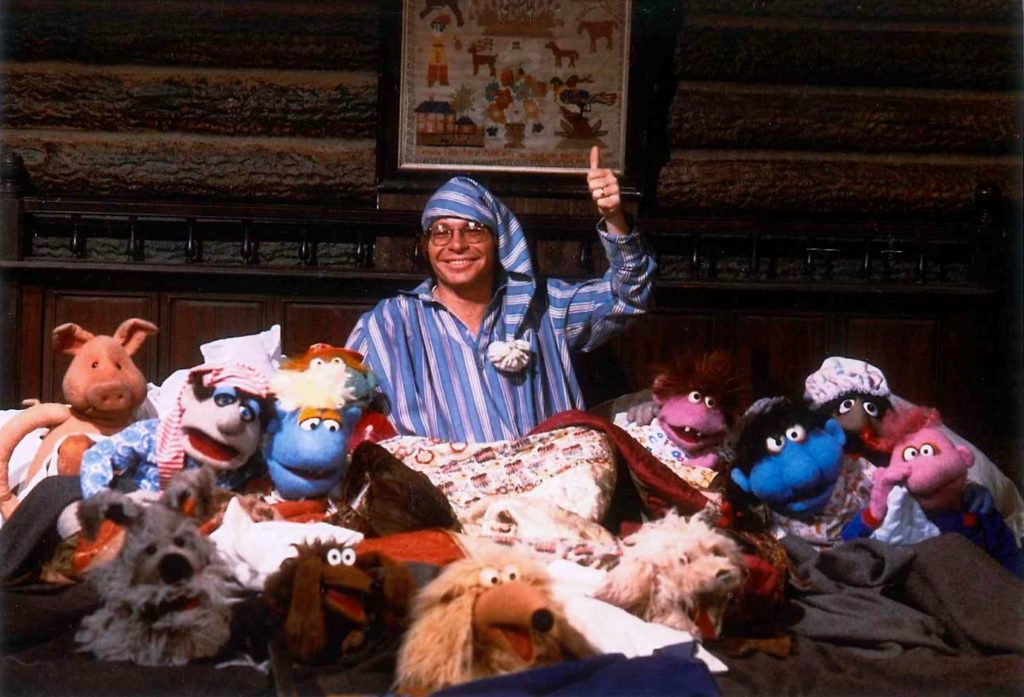 What? What’s that, you say? It’s … it’s time to play the music? It’s time to light the lights? It’s time to get things started with reviewing season four of The Muppet Show tonight? Well, okay then, and what better guest start to kick things back into gear with than the one and only John Denver!

In the version of this Muppet Show episode I got my hands on (*cough*HurryUpDisney*cough*), Brian Henson stated in his intro: “John Denver was a good friend of the Muppets.” Damn if that’s not the truest statement. (Kermit also describes Denver in the episode as “one of the good guys of contemporary music,” which is also super accurate.) 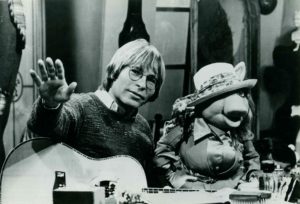 I know I’ve stated it before in previous pieces I’ve written for ToughPigs, but there really is something magical when John Denver shares any screen time with the Muppets. We have this episode and two television specials to prove it. I’ve always believed that the best guest stars are the ones who just immediately buy into everything happening around them. The way they speak to the Muppets, how they react to what these felt and fur creatures say, and how solidly they stand behind their one-liners and gags.

John Denver does all of this so brilliantly.

As a whole, not much happens in this episode. The gang talks about going camping at Kermit’s childhood swamp, but that’s about the extent of it – they never leave the theatre. Yet, all of this works so well, and I think the fact that Denver does such a fantastic job helps to sell it.

There’s just so much glee on the man’s face every time the camera shows him. When Denver tells Waldorf in the opening that he’s excited to be on The Muppet Show? I believe him! One hundred and twelve percent! He’s delighted throughout both his musical numbers, and watching him tease Piggy about all the dangers of camping is honest to goodness fun. 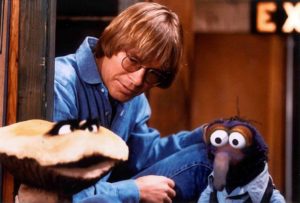 But John Denver goes even further, y’know? The scene with Gonzo on the stairs is a great example of Denver interacting so well with the Muppets. When Gonzo surprises him with the news of his mold garden, Denver’s reaction is just, for lack of a better word, believable. His absolute stunned nature as he asks, “… mold garden…?” after Gonzo makes his reveal, only for John to quietly follow it with, “…far out…” works incomprehensibly well. He looks like he’s actually listening to the Muppets when they speak, and that’s the secret – he is. He’s not putting on an act for the camera. Denver knows he’s on a show with puppets, but he also knows the brilliance and beauty to it all and, ultimately, is just there to have fun and go along with every moment of it.

Both of John Denver’s musical numbers are terrific as well. ‘Garden Song’ has all of the Denver-y feels we associate with him as a public figure and musician, sitting cross-legged on the ground and singing to the plants who, in turn, sing back to him. While ‘Grandma’s Feather Bed’ is just a whole mess of fun and goofiness. 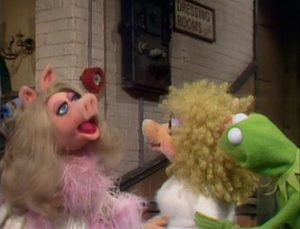 This episode is solid throughout, even disregarding Denver’s wonderful presence and everything it adds. The story of Kermit wanting to take everyone to his home is great – everyone’s so stoked at the idea of camping, but the instant they find out it’ll be in a swamp they all claim to have plans. I love Piggy in this episode as well. How at first she’s totally on board with swamp camping, since it’ll mean spending more time with her beloved frog, only to find out that she’ll have to carry a backpack! The absurdity! But of course carrying a backpack isn’t a problem the moment Annie Sue asks for swimming lessons from Kermit. Miss Piggy’s wavering feelings towards camping are great from start to finish.

There are a few other moments worth mentioning (though this episode feels a bit low on sketches). Swedish Chef’s bit may be my personal favorite – there’s something about him chasing a ton of squirrels off screen with a knife, only to then come running back across the screen being chased by a came-out-of-no-where bear wielding said knife. ‘Why Can’t We Be Friends’ and ‘Happy Wanderer’ are both pretty good and on brand for the Muppets – and both feel on brand for Denver as well, with ‘Friends’ fitting his peaceful presence and ‘Wanderer’ taking place on a very rocky mountain. ‘Trees’ is the one part of this episode that drags the most.

Overall, a simple episode, but a fun, quintessential one that’s always been in my top ten favorite Muppet Show episodes. 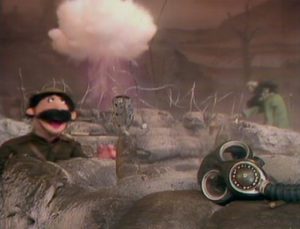 Best Joke: It’s a small moment, but when Kermit’s introducing the show Beauregard sticks his head out, saying he’s not done building the set. Kermit asks, “Well, how much time do you need?” Beau does a pause, looks over his shoulder, and just answers, “Thursday.”

Lamest Joke: There really aren’t any bad jokes in this episode, but I will say that Denver singing, “Nobody knows the truffles I’ve seen,” got an audible groan out of me.

MVM (Most Valuable Muppet): As much as I’d love to give it to John Denver, my MVP goes to Piggy. I respect anyone who sticks to their brand as hard as she does. Going out camping in the swamp? Of course Piggy’s going to wear designer clothes and have a shiny gold backpack! You go, girl! Be the Elle Woods of your life!

Most Classic Moment: I’d give it to the song ‘Grandma’s Feather Bed’.

Should-Be-Classic Moment: ‘Happy Wanderer’ is a bit that I completely forgot was in this episode and enjoyed upon remembering it!

Musical Highlight: I could listen to ‘Garden Song’ on repeat – it’s so calming.

Obscure Character Watch: Billy the Bear, who chased the Swedish Chef across the screen.

One More Thing… This goes without saying, but John Denver eventually would convince the Muppets to leave the theatre and go camping four years later in Rocky Mountain Holiday.

Okay, One More Thing… John Denver dressed up as a grumpy Grandma at the end of ‘Grandma’s Feather Bed’ is EVERYTHING. 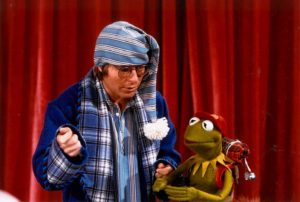 Click here to cultivate your own mold garden on the Tough Pigs forum!