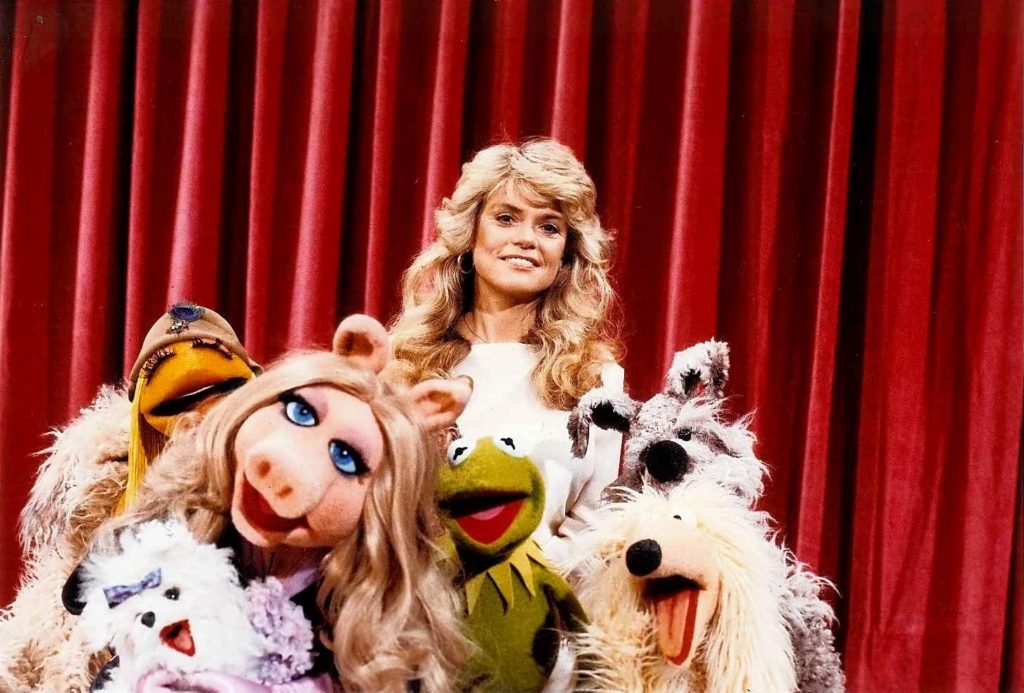 For millennia, society has been torn asunder by one primary conflict. We all must ask ourselves and our neighbors, “What’s the better pet: cats or dogs?” Sure, in 2001, the Henson Company would help solve this issue in the “classic” “hit” film Cats & Dogs, but decades before this, it was clear which side Jim Henson was on. Someone tell Diane Lane and John Cusack, because the Muppets definitely love dogs.

Rowlf. Sprocket. Barkley. Ambrosius. The Storyteller’s Dog. Rufus. Fizzgig, essentially. You name a Henson franchise, and you can immediately think of an iconic dog from it. They’re cute. They’re loyal. They’re smarter than you’d think, in a down-to-earth kind of way. Muppet dogs are so great and perfect that they got both an Organization and a City. 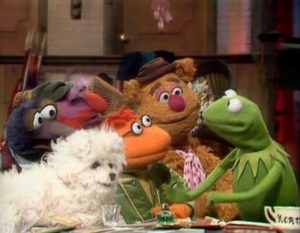 And then, in the Dyan Cannon episode of The Muppet Show, we’re introduced to the one Muppet dog who might be able to break this pattern. This episode is the first appearance of Foo-Foo, who… is. Foo-Foo just is. There’s no doubt that she appeared in a number of Muppet productions: she made it to the ABC sitcom, she made it to Cat Cora’s kitchen, she made it to Kermit’s Swamp Years. There’s no doubt that she’s cute. But there just isn’t anything to Foo-Foo. I know I’m supposed to like Foo-Foo because she’s cute and I love pets of all kinds. But she just doesn’t do anything. It’s impressive the way the show switches between a live dog (apparently an extremely rare breed of toy poodle) and a puppet. But in doing that, they’ve neglected to give Foo-Foo a personality. She’s just a dog.

Sprocket and Rufus and Barkley proved that a Muppet dog doesn’t need to talk to be lovable. But here, we’re talking a personality so thin that in this episode alone the performers can’t remember what pronouns Foo-Foo uses. (I’m using “she” because that’s what Piggy uses, but I have not abandoned the idea that Foo-Foo is a genderfluid or nonbinary dog.)

Look, Miss Piggy needed a friend. She needed a sounding board. That’s one of the great legacies of The Muppets (2015): establishing that Uncle Deadly was her best friend. Maybe Foo-Foo was supposed to be that. But she just never was. She never added anything to Miss Piggy. And years later, she’d absolutely be beaten out by a penguin named Gloria Estefan with like, six appearances.

In the end, this was pretty much the only thing I focused on in the Dyan Cannon episode. It’s not a bad one overall though. It’s a good attempt at a fully-themed episode (every sketch is about dogs). There’s some good jokes. Cannon is having fun. I just wish this debut could’ve been a more notable one. 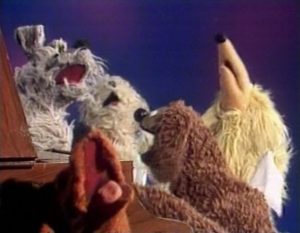 Best Joke: I dunno, there’s a lot of real stinkers in this one. I did genuinely laugh when a walrus randomly appeared during Dyan’s jungle number.

Worst Joke: Even though he gets his comeuppance in the end, there’s nothing funny about Floyd locking Foo-Foo in a drawer instead of taking care of her. C’mon, dude. Be cool.

MVM: It’s a dog’s show, and I gotta give this one to Rowlf.

Most Classic Moment: Rowlf’s “Old Dog Tray,” a version of which would later appear on Ol’ 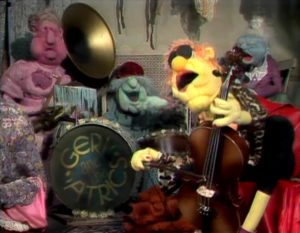 Brown Ears is Back. I love how emotional he and the dogs get and how he yells “MODULATE!”

First Appearance Of: Foo-Foo, as established. But also Geri & the Atrics!

Adultiest Content: “Hey Big Spender” is in this episode, which always feels sleazier than you’d expect it to be. Even if here, where it’s being sung about adopting a dog.

One More Thing: Speaking of “Hey Big Spender,” this version pales in comparison to the one Julie Andrews sang to Cookie Monster. Watch that instead:

Click here to switch between a live dog and a puppet on the Tough Pigs forum!