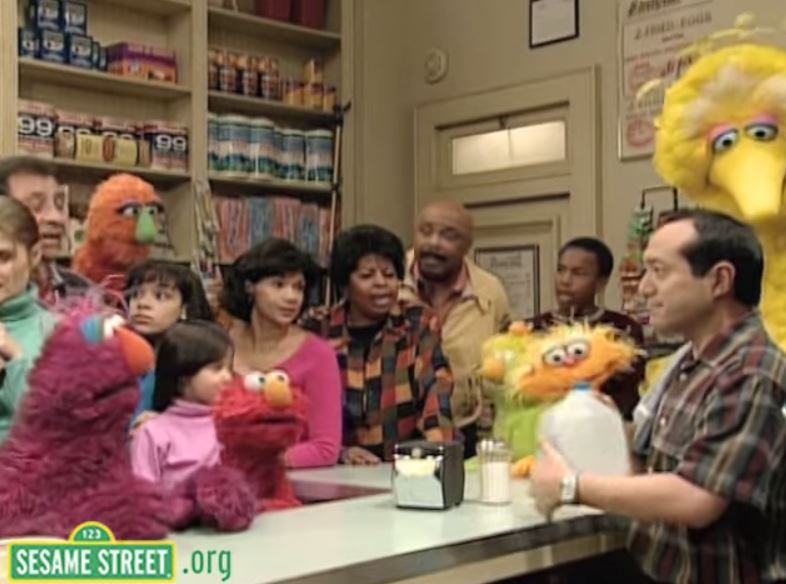 I like watching Sesame Street videos on YouTube.  Who doesn’t?  Well, okay, I guess a lot of people actually don’t watch Sesame Street videos on YouTube very often.  But they should, because they might just have a great time.  There’s classic old stuff, there’s entertaining new stuff, and of course it never hurts to get a refresher on the alphabet.  With over a billion total views, Sesame‘s YouTube channel is a super-popular one, and that means there are all kinds of people watching and commenting on Sesame clips at any given time of day.

As I’ve clicked through these videos, I’ve noticed that a lot of the commenters can be placed into one of a few distinct types that pop up over and over again.  A lot of these are types that show up everywhere on YouTube, but some of them are definitely specific to Sesame Street. Here’s a handy guide to some of the categories of people that you’ll meet in the comments section of Sesame Street videos on YouTube.  (You may or may not be able to get an Anthropology credit for reading this.)

Note: Some of the screenshots below got kind of tiny when I made them fit on this page, so you might want to click to embiggen them.

The Viewer Who Knows a Child

Some teenagers and adults seem to feel a little bit silly for spending their time watching Sesame Street videos, so they want to make it very clear that they know a child who’s in the show’s target demographic.  That’s the only reason they thought to watch the video.  No, really.

from The Alphabet with Elmo and India.Arie

This is sort of the flip side of the previous type.  Some people on YouTube can’t contain their joy and/or disbelief at watching and enjoying Sesame Street videos even though they’re decades or years or months past preschool age.  The range of ages of these people is really just proof of the show’s broad appeal.  It’s a four-quadrant hit, even among people who can’t yet count to four!

from On Vacation with Guy Smiley

from Sesame Street Sings the Alphabet

No, my young friend.  It is not bad.  It’s very, very good.  Keep it up and maybe someday you’ll still be liking the song when you’re 88!

The Viewer Who Remembers This Clip Because It Scared Them

from The Song of the Count

from Martians Discover a Telephone

By the way, if you want to see a wealth of “This scared me” comments, the video to go to is “Bert and Ernie in a Pyramid.”  This sketch, of course, has been scientifically proven to be the scariest thing ever shown on Sesame Street, so it’s no wonder the comments section is full of  stuff like this:

from Bert and Ernie in a Pyramid

The Viewer Who Is Wrong

All kinds of people watch Sesame videos, but not all of them can be experts on the subject like you and me.  But it’s a rule of the internet that being wrong about something will never stop a person from posting about it anyway, whether it’s behind the scenes details or even the names of characters.

from The Snuffle Shuffle

The Viewer Who Actually Knows Things

Fortunately, there are fans who know true facts about Sesame Street, and have the righteous urge to share them, and to dispel the misconceptions of the ignorant masses.  When I encounter a commenter like this, I feel I’ve found a kindred spirit.  Then I wonder if it’s anyone I already know from Muppet fandom.

from Game of Chairs

from The Mystery Box

That last one leads me to the next category: People who don’t have anything nice to say, but they say it anyway.  Sometimes it’s about the specific video they just watched, sometimes it’s about Sesame Street in general, but either way, they just have to let their anger out.

from Bert and Ernie Water Sports

from Do De Duckie with Ernie

Then there are those who aren’t so critical, but they feel moved to point out a few logic or continuity flaws they noticed in this children’s puppet show starring an eight-foot talking bird.

from Do de Duckie with Ernie

from The Alphabet with Elmo and India.Arie

from Knock Me Out at the Ballgame

I’m not about to suggest that it’s impossible to successfully land a snarky joke about a Sesame Street thing.  It’s one of the very principles this website was founded on.  But most of the “comedians” you’ll find in the comments could stand to work on their material a little.

from Sam the Robot Learns Love

I’ve never understood this category.  Approximately 97% of funny videos on YouTube include comments that amount to nothing more than quoting a line or two from the video.  Despite the fact that everyone who’s in that comments section just watched the same video!  We all already know the line!  Can anyone explain this to me?  Please send me an e-mail, and I’ll send you a reply in which I quote your e-mail back to you.

from Bert and Ernie Water Sports

from Game of Chairs

from The Mystery Box

Our final category.  Sometimes it’s a reference that apparently no one else could get.  Sometimes it’s just a weird question.  And sometimes it’s pure nonsense, possibly generated by allowing a baby to bang on the keyboard.  The inexplicable comments are an essential part of Sesame Street YouTube comments. 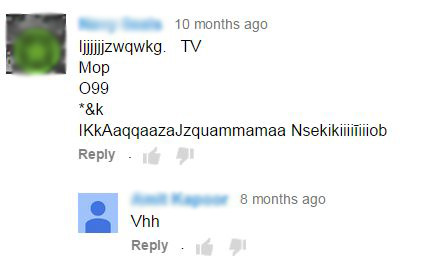 from Exercise with Grover

And there you have it.  Did I miss any?  If you’ve noticed any categories I neglected to mention, please let me know via e-mail or on the Tough Pigs forum.  And if you like Sesame Street and people being silly on the internet, you should definitely pay a visit to Sesame Street‘s YouTube channel right away. 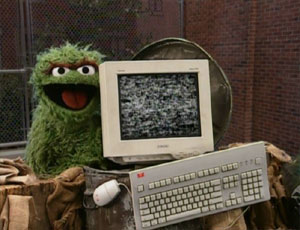