You know, before there was internet video, it was harder to watch a new thing over and over again and obsess over every detail.  Back in the day, if there was a noteworthy new Muppet thing, and you didn’t happen to tape it, you would have to hope that it re-aired or find a friend to make you a VHS copy.

But now there IS internet video, and there’s a noteworthy new Muppet thing, which means we’ve all spent the past two days watching it over and over again and obsessing over every detail.  How many times have you watched Kermit the Frog’s new “Muppet Thought of the Week” featuring the debut of Matt Vogel as Kermit?  Here, watch it again:

What a world we live in, that the new performer for the most important Muppet character is introduced not in a TV special or movie, but a YouTube thingy.

As I write this, the video is #30 in trending YouTube videos, with over 255,000 views.  By comparison, the previous Muppet Thought of the Week is at 37,000 views.  People outside our little Muppet fan bubble are clearly paying attention.  It’s gotten so much attention that a delightful second Muppet Thought, featuring Walter and Animal and posted on Tuesday, has gotten lost in the shuffle.

I’m always fascinated by how things play out when there’s a newsworthy development in the Muppet world.  First the fans notice it.  The video was shared among Muppet geeks seemingly within seconds after it was posted.  Then a few pop culture-based websites pick it up.  That’s happening now.  The video was posted Monday, and by Tuesday mid-day, places like The Nerdist, Uproxx, and the AV Club had written about it.

The next step isn’t guaranteed, but it’s the part where the mainstream news picks it up.  This is the phase when your Aunt Cloise writes you on Facebook and says something like, “I saw on The Today Show where the Muppets are in a new movie with Tina Fey and Phil Dunphy!”

So far that hasn’t really happened yet.  Is it coming?  Or is a 27-second video not significant enough to make the front page?  Honestly, 27 seconds aren’t much to go on.  Kermit starts speaking at the 6-second mark and exits at the 19-second mark.  That’s about 13 seconds of the whole video devoted to Kermit’s Thought of the Week, several of which are spent offscreen.  He says 26 words.  Just 26 words!  (And he utters a few grunts.)  That’s such a small portion of Kermit. 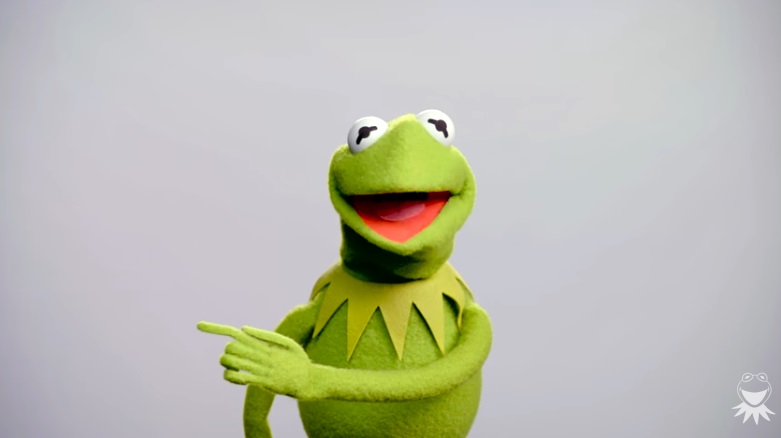 Not that it’s stopped anyone and everyone from rendering an opinion.  So far, my impression is that the response has been mostly positive, although I can’t wait for folks to tell me I’m wrong about that.  But although there are enough unimpressed viewers that the video has 248 dislikes (countering its 2,000 likes), the majority of comments I’ve seen on YouTube, Twitter, Facebook, and various websites (Am I unhealthily obsessed with tracking Muppet-related internet discourse?) has been cautiously optimistic to celebratory.

Maybe my general outlook is too sunny and not doom-and-gloom enough, but as a fan who’s looking forward to more Muppet stuff in the future, I’m relieved to see that kind of response.  It’s reflected in a lot of the news items too, with The Fix going so far as to headline their article “So, the new Kermit the Frog sounds exactly like the old one.”

Speaking of which, it’s a relief just to have the video, isn’t it?  For weeks, we anticipated this Muppet Thought’s release.  Then, for a few more weeks, we resigned ourselves to the likelihood that it would never be posted.  It was the Muppet Thought of Someday.  And now, here it is. We can exhale.  Kermit has returned, a simultaneously old and new frog, and he’s successfully delivered 26 words and two grunts.  I hope we get more words and grunts as soon as possible. 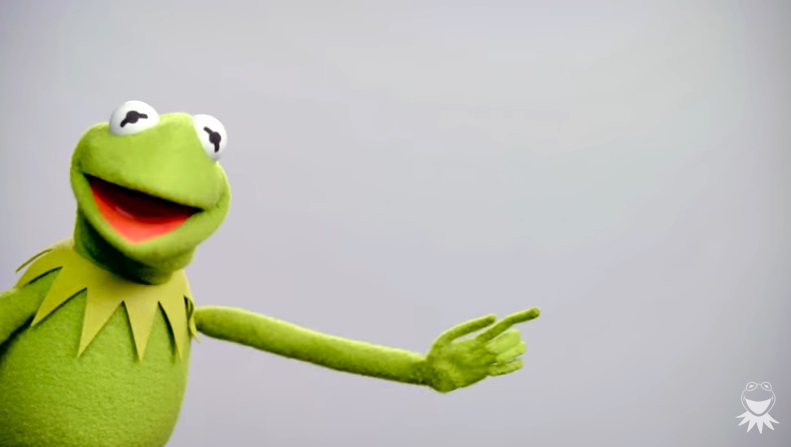 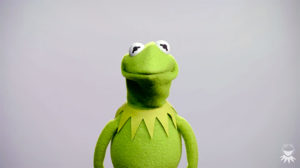