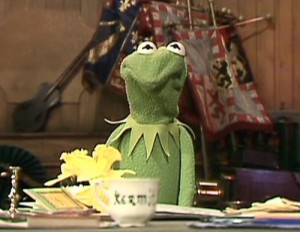 Hey, the internet is abuzz about Muppets!  Again!  Normally I’d be excited to see the Muppets make headlines twice in one week (the first time being “Hey, this frog looks like Kermit!“), but this has me slapping my forehead more than pumping my fist.

Here’s the thing: Entertainment news websites have to post articles all the time, even when there’s not much to talk about, because clicks are the food that keeps them alive.  A network announcing the format of a new Muppet TV series is of interest to readers, but unfortunately they can’t get away with simply copying and pasting a press release or quote and calling it a day.  They have to actually say something about the thing they’re reporting on.

Which is why, when Entertainment Weekly reported on a description released by ABC of the potential new Muppet series, they gave it the headline “Muppets scoop: ABC revival to explore their personal lives in ‘more adult’ show.”

The logline from ABC was one sentence:

The Muppets return to prime time with a contemporary, documentary-style show that—for the first time ever—will explore the Muppets’ personal lives and relationships, both at home and at work, as well as romances, break-ups, achievements, disappointments, wants and desires; a more adult Muppet show, for kids of all ages.

That doesn’t actually tell us a lot.  But then here’s how EW expanded on it:

Muppet fans will quickly point out that Kermit and Miss Piggy’s eternal on-again, off-again romance could be considered a prior example of exploring The Muppets’ personal lives. But apparently producers are planning a series that will go deeper into the soap-territory that is the trademark of ABC’s biggest hits like Grey’s Anatomy and Scandal. (Fun fact: One of the two original 1975 The Muppets pilots made for ABC was titled “Sex and Violence.”)

Though perhaps the Muppets will at least get … felt up? 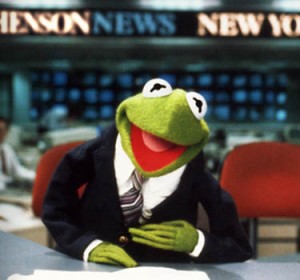 What?!  Where in that one sentence do you see the new show resembling Scandal?  Answer: Nowhere!  But that’s all it took.  The media loves to latch on to a little thing and blow it out of proportion (which Muppet fans have already seen with the whole Veggie Monster debacle), so over the past 24 hours, pop culture news sites have jumped on one word (“adult”) and written way too many words about it. As a result, casual fans everywhere have decided that this entire project is a lost cause, sabotaged by a calculated effort to corrupt the classic characters.

But what does the promise of an “adult” Muppet show mean?  Some people have made jokes about Muppets doing drugs and taking out hits on each other (HA HA, FUNNY JOKE).  Others have speculated about storylines featuring Kermit paying taxes. But mostly, people seem to think it means the show will be dirty, a primetime network television program about Muppets having every conceivable kind of sex with each other all the time.  I’ve seen some comments posted by parents who have already resolved not to let their kids watch the show, to protect them from the horrible, deviant subject matter that will surely be depicted.

All of which is preposterous.  Strong language, I know, but I’ll say it again: It’s preposterous!  I don’t think I need to remind Tough Pigs readers of this fact, but the Muppets have always been for adults and “kids of all ages.”  Every biography and documentary on the life and career of Jim Henson talks about how his goal with the Muppets, and especially The Muppet Show, was to create entertainment that would appeal to grown-ups and not just kids. 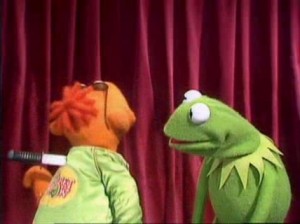 Murder: Fun for the whole family?

The Muppet Show did a murder mystery episode in which at least five characters were killed onscreen.  The backstage plot of the Alice Cooper episode is about Cooper trying to get the Muppets to sell their souls to Satan.  The “Super Sheep” sketch in the Lynda Carter episode is resolved with a sheep shooting a wolf in the face. The closing number of the Marisa Berenson episode is a cheery song about kidnapping and poisoning people, and the Peter Sellers episode closes with a song about cigarettes and whiskey and wild, wild women, three things that children have very little experience with.

In The Muppet Movie — possibly the most beloved of the films, and the one most people think of when they hear the phrase “Muppet movie” — Kermit and Rowlf sing a song in which they commiserate about their troubles with women.  And by the way, it follows a line of Rowlf’s about drinking a couple of beers every night.  I could go on and on.  All of this stuff is way easier for adults to understand and identify with than children, and it’s all part of the classic Jim-era Muppet canon.

Speaking of Kermit’s love life, that brings me to another aspect of ABC’s statement that’s been getting a lot of attention: the thing about seeing the Muppets’ personal lives, relationships, and romances “for the first time ever.”  In this case, ABC was wrong and Entertainment Weekly was right — EW correctly noted that the single most important character dynamic in the Muppets is the crazy frog & pig love story.

But even outside of that dysfunctional couple, we’ve been following the Muppets’ “achievements, disappointments, wants and desires” for decades.  Without those things, there would have been no backstage stories on The Muppet Show, and no movies.  The biggest difference between the new series and the classic series seems to be that this one would follow the characters outside of the theater/studio/movie set/whatever.  That creates a lot of new story possibilities, and it’s something I’ve been hoping to see in a new Muppet show for years.  And if it has a vibe similar to 30 Rock or The Office, as has been speculated, that’s great, because those were funny shows.  Or at least a lot funnier than Scandal.

I have to wonder if there are any Disney executives skimming the online reactions and shaking their heads in frustration.  When they announced the “Muppet Moments” series for Disney Junior, fans complained because the Muppets aren’t supposed to be for little kids.  Now they’re trying to get the demographically desirable potential viewers excited about the new series by ensuring them it’s for all ages, and fans are complaining that the Muppets aren’t supposed to be for adults.

On the other hand, there’s no such thing as bad publicity.  Hey, maybe this is a brilliant stealth marketing campaign!  If they had said, “We’re working on a Muppet TV show,” it wouldn’t have been a big story, but “We’re working on a more adult Muppet TV show” has gotten people talking.  If that’s the case, the strategy was a rousing success, and I encourage Disney to be as misleading and dishonest as possible in all future announcements.  It’s so crazy it just might work!

Click here to overreact to this article on the Tough Pigs forum! 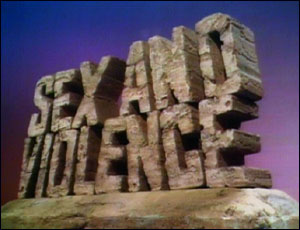