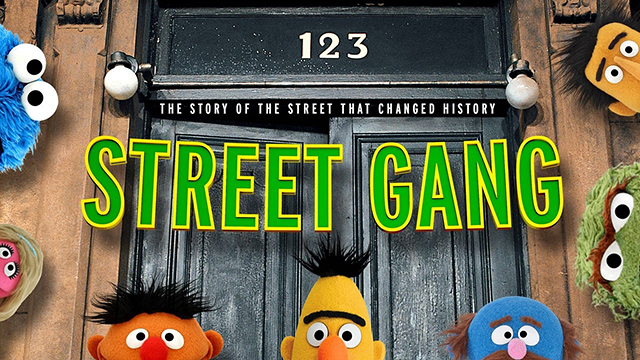 We’re really excited about Street Gang, the upcoming documentary chronicling the secret origin of Sesame Street, not because we don’t already know everything there is to know about the show, but because it’s always exciting and enlightening for Muppet history to be told and retold to new audiences.

According to Variety, HBO acquired the US streaming and broadcast rights to Street Gang.  That means the documentary will live alongside Sesame Street itself, and if you’re an HBO Go subscriber, you’ll likely be able to watch it there.

The real news is that Street Gang will have a home.  The film will be accessible and seen by just about anyone who wants to see it.  The Sesame Street story will be told.

Early expectations for the film are good – the Mr. Rogers documentary, Won’t You Be My Neighbor, sold extremely well, so I imagine HBO hopes for a similar turnout for Street Gang.

We’ll keep you updated on any Street Gang news as it’s reported!

Click here to grow up on the streets of the ToughPigs forum!