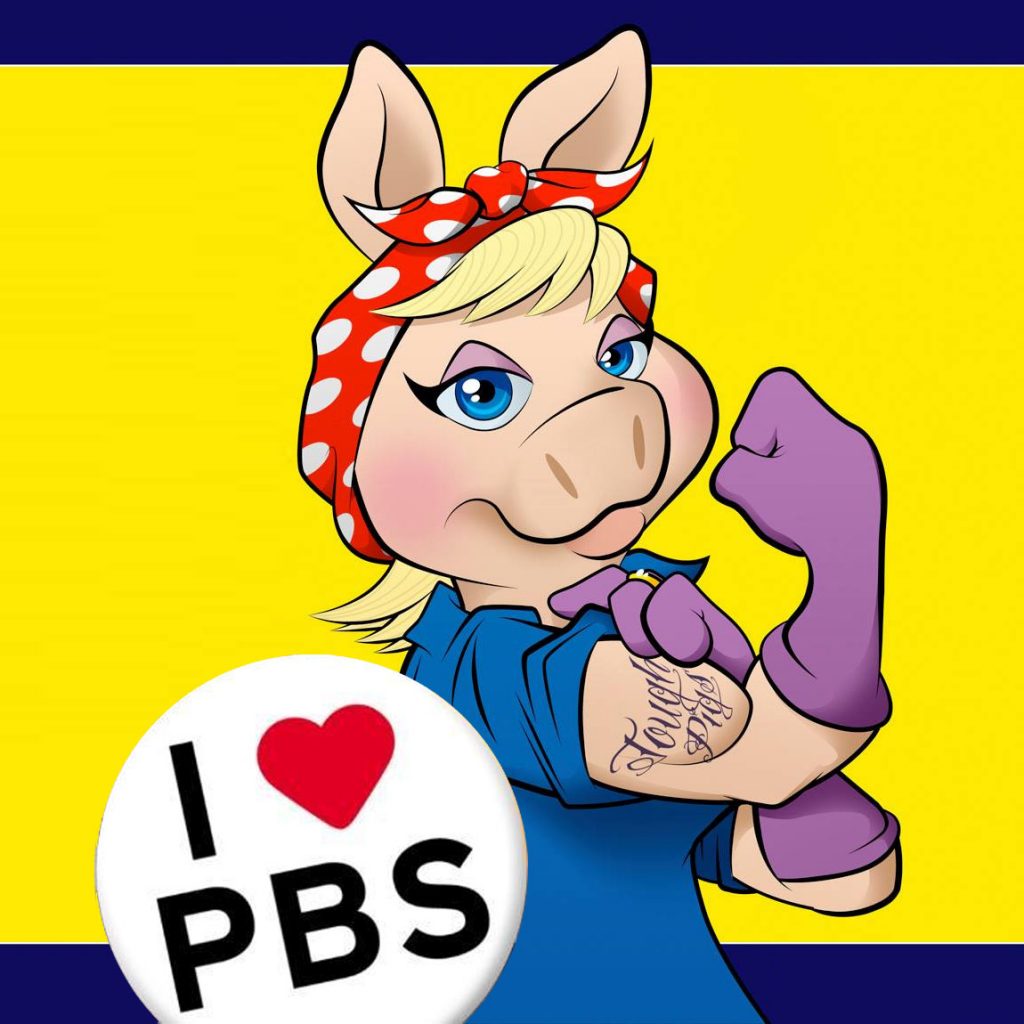 If you’ve been on Facebook in the past few weeks, you may have seen a lot of profile pictures sporting “I <3 PBS” buttons.  No, it’s not because they all donated to the telethon.  It’s because PBS is in danger of losing its funding, and Muppet fans are not okay with this.

The obvious connection here is that Sesame Street got its start on PBS, and continues to air there today, almost 50 years later.  Despite also airing on HBO, PBS now gets Sesame Street for free, because both the program and the network are that important.  Other Henson shows like Sid the Science Kid, Dinosaur Train, and their latest hit Splash and Bubbles also call PBS home.  But despite this issue going far beyond just Muppety things, we feel that the lessons learned on Sesame Street help to prove that PBS’s survival isn’t just important, it’s essential for kids across the country.

When most people think of PBS, their first thought is “educational TV”.  And y’know, they’re not wrong.  As the Sesame Street Beetles taught us, there’s a lot of different ways to get to school.  And some of those ways might be watching quality children’s television, or (for adult-sized people) staying educated through news programs.  I mean, the song was probably talking about buses and carpools and stuff, but come on, let me have my metaphor.

For a lot of us, myself included, having the option to watch Sesame Street every day gave us a head start in our formative years, teaching us how to do cool stuff like reading and counting before setting foot in a school.  Just imagine where our kids today would be if they didn’t have the resources PBS offered?  They might only know, say, how to count to ten, but they’d be unaware just how high they can count.  The sky’s the limit for kids with this kind of knowhow.

And how about the teachings of Sesame Street beyond just numbers and letters?  The show teaches life lessons about friendship, emotions, and cooperation.  Not much of the kids’ programming found on other networks bother to focus on this important stuff, which can imprint on a kid at a time when it can make a real difference in their eventual adulthood.

That previous “Cooperation Makes it Happen” video makes me think about Sesame Street‘s original intent of bringing educational content into the homes of people with low incomes.  PBS, obviously, was free, while other resources (fancy schools, tutors, preschools, cable TV) were not.  We can’t leave those kids without access to more costly options behind.  Everyone deserves to learn all about the world from their own living rooms.

Okay, enough about the benefits of Sesame Street.  You know all about that stuff; I’m preaching to the Muppet-loving choir.  Let’s make like The Count and talk about cold, hard numbers!  PBS is currently watched by 82% of households in the US.  68% of all kids between the ages of 2 and 8 watch daily.  That’s a lot of people who rely on PBS every single day.

Speaking of numbers, did you know that our contribution to the Corporation for Public Broadcasting only costs us $1.35 per person per year???  Who among us wouldn’t comb through their couch cushions (or facial fur) for loose change for that?

How about the culture that PBS brings into your house every day??  Without Masterpiece Theater, we never would’ve had Monsterpiece Theater, and that’s just tragic. Oh, and I guess there’s also all the music, theater, opera, ballet, the Kennedy Center Honors, and whatever too.

When Presidential hopeful Mitt Romney suggested defunding PBS in 2012, the public revolted against him, for he was the tyrant who wanted to fire Big Bird.  Today, Sesame Street no longer receives funding from the federal government, but from HBO.  Still, that doesn’t negate PBS’s importance, Sesame Street‘s long history of educating generations of kids, or their continued work with PBS, which currently gets to air the show without cost to the taxpayer or their private donors.  Because as we said before, everyone agrees that both PBS and Sesame Street are so important, we need to deliver them into homes for less than the cost of a Six Dollar Man.

Just think: Where would we be without PBS?  Where would Sesame Street or the Muppets be if they didn’t have that platform for so many years?  If PBS disappears, what future programs will impressionable kids be denied?  Or where will the look instead to learn about the basics?  PBS is just as important today as it was when there were only a few television options, and we as a nation can’t afford to lose it.  And if a Muppet fan site can’t help sway your opinion, then we’re all beyond hope. 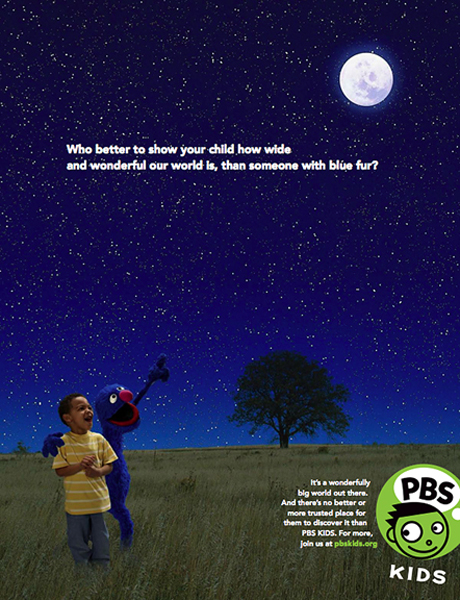