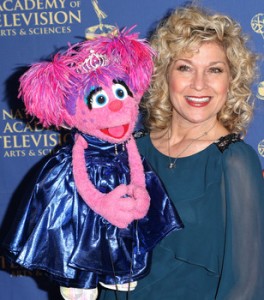 Surprising absolutely no one, Sesame Street has once again earned another handful of Daytime Emmy Awards.

At the Daytime Emmys’ “Creative” segment, which was held earlier today and not during tomorrow’s televised streaming broadcast, Sesame Street took home six awards, including the biggie: Outstanding Preschool Series.  As if Teletubbies really had a chance.

Also on hand as presenters were Leslie Carrara-Rudolph with Abby Cadabby and David Rudman with Cookie Monster.  Video of their presentation hasn’t popped up online yet, but we’ll share that with you once it does.

And the awards Sesame Street won are:

Congratulations to everyone involved at Sesame Workshop!

Click here to turn an Emmy into a pumpkin on the ToughPigs forum!

More Webby Wins for the Muppets!