UPDATE: See below for video coverage!

The Muppets are a National Treasure, and it’s about time people (who aren’t us) start to recognize that. Thankfully, the folks at the Smithsonian recently took on the original “green jacket and ping pong balls” Kermit the Frog and the Sam and Friends cast to be put on display at the National Museum of American History in Washington, DC.

We had a few ToughPigs correspondents on the scene of the big unveiling earlier this week, and they did a great job at giving us the scoop on the press-only event which featured Jane Henson, Willard Scott, and yes, Old School Kermit and his pals. The following is the first-hand account from ToughPigs’ own Matt Wilkie: 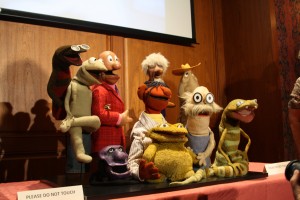 With excerpts from Sam & Friends, the original showcase for Jim Henson’s earliest Muppets, playing in the background, staff members of the Smithsonian’s National Museum of American History wheeled in the stars of Wednesday’s dedication ceremony. Almost-forgotten characters like Sam and Yorick were donated by Jane Henson in the hopes of preservation and to re-introduce them the world.

But the real star this day was the very first Kermit, a not-quite-frog-yet puppet made from — as I’m sure we all know how the legend goes — Jim’s mother’s discarded coat and a set of ping pong balls that Jim made himself. In the pre-worskhop days in Washington, D.C. Jim made nine out of the ten characters from Sam & Friends that were donated while still in his teens, Mushmellon being the only one that Jane built. The dedicated puppets also included Harry the Hipster, Professor Madcliffe, Moldy Hay, Icky Gunk, Chicken Liver and Pierre the French Rat. Pierre was one of Jim’s first puppets, whose life began as a comic strip character for his school newspaper, and is the oldest surviving Muppet. If Longhorn and Shorthorn ever surfaced they might duke it out for the title of “Eldest Henson Creature,” but that doesn’t seem likely to happen. 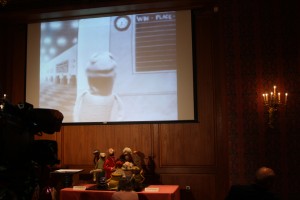 The program began with Museum Director Dr. Brent Glass stating that the Smithsonian is in the “Forever Business” and that the museum’s goal is to tell the story of America, and while Sam & Friends has local importance since it ran on Washington, D.C.’s WRC-TV from 1955 until 1961, they were honored to welcome Kermit and his associates into their collection to highlight the Muppets’ international importance. The Muppets showcase a sense of fun that not many dedications encapsulate, while still being a serious entity when considering the educational value they provide to children all over the world. From an idea that started nearly a decade ago, the museum’s staff was beaming with pride to say, as Curator Dwight Bowers put it, “Welcome home, guys!”

Bowers, who grew up in D.C. and was an avid fan of Sam & Friends, talked about how he would memorize the Muppets’ routines and reenact them for family members and friends when they would visit at the drop of a hat — whether they wanted him to or not. But he wasn’t the only one excited about the dedication. Also on hand for the ceremony were: Bonnie Erickson, builder of many famous Muppets and former Muppet Workshop Head; Arthur Novell, Executive Director of The Jim Henson Legacy; Karen Falk Archivist for The Jim Henson Company; Al Gottesman, President of The Jim Henson Legacy; and Willard Scott, who has worked in Washington for years and is old friends with Jane from their days together at WRC-TV. In fact, in his remarks, Scott mentioned an early show he did with Jim called Barn Party, which broadcast in 1953 on Saturday mornings. It featured Scott as Farmer Willard; Betsy Stelck, who would wave her wand to begin the cartoons; and Jim providing assistance in some unknown capacity, most likely puppeteering. 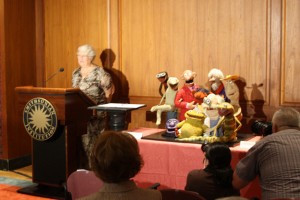 After signing the dedication papers, Jane took the podium and spoke of how pleased Sam, Kermit and all their friends were to be there. She said that Jim would have been pleased that this was where they ended up, and she hopes that more Muppets will eventually join the collection. She wants everyone to get to know these early characters and can think of no better place for them. These puppets are joining a long line of Smithsonian puppets, including Howdy Doody, Muppet Show and Muppet Movie guest star Charlie McCarthy, and a certain grouchy fellow they may recognize as a distant relative named “Oscar.” There is another Kermit the Frog puppet donated by Sesame Street in 1979 already on display on the 3rd Floor Pop Culture Gallery where the Sam & Friends puppets will go on display in November 2010. This will no doubt draw attention from the 4.2 million visitors the Smithsonian’s National Museum of American History welcomes every year, and you may be next to another long-time admirer if you decide to visit. When asked if she’ll be in to see them, Jane Henson replied, “Oh, sure.”

UPDATE: We now have video of the event! Take a look below at the entire presentation:


Matt also provided us with lots of great pictures of the event. In addition to the pictures above, here are a few of the puppets, Jane, and Willard: 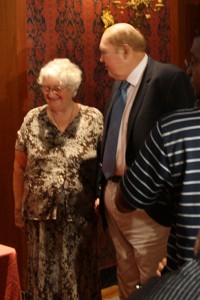 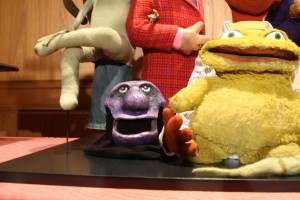 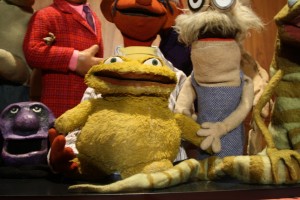 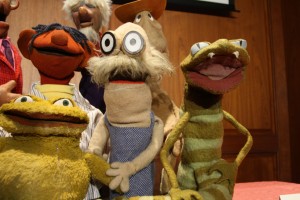 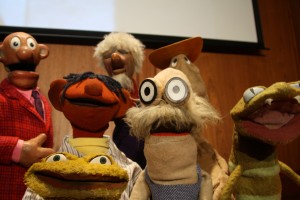 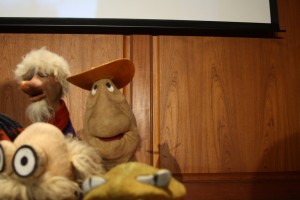 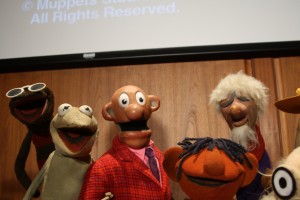 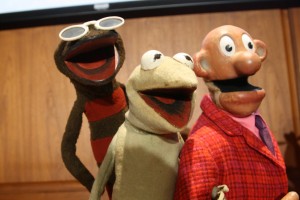 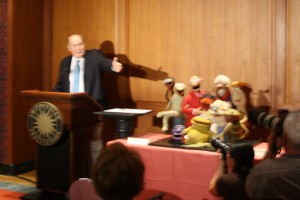 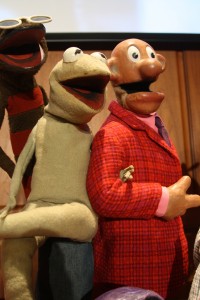 Thanks again to Matt Wilkie for all his great work! And thanks to Joy Tanenbaum for her additional reporting and to Laura Duff for helping to organize the event! 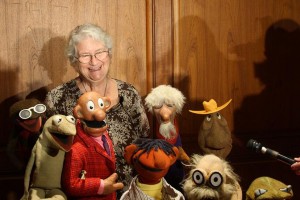 Click here to profess your love for Moldy Hay on the ToughPigs forum!

by Matt Wilkie (with Joy Tanenbaum and Joe Hennes)