Bill Barretta Teaches You How to Be a Sesame Place Employee 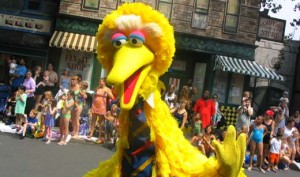 Hey, you know what’d be a great idea?  A theme park (get this) all about (wait for it) Sesame Street.

It’s kind of a no-brainer.  Take every kid’s favorite TV location and bring it into the third dimension.  Let them sit on the stoop, pose for pictures with Grover, and look at topiaries shaped like Mr. Snuffleupagus.

That’s probably what CTW executives said when they came up with the idea for Sesame Place, the Sesame Street theme park.  Although the park has gone through many changes since its inception in 1980, it’s still a prime destination for folks within driving distance from eastern Pennsylvania.  And thanks to the wonders of YouTube, we can relive the early years of Sesame Place, both in front of and behind the scenes. 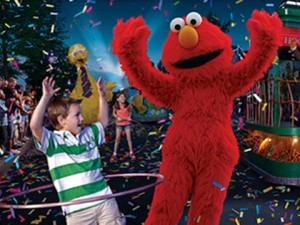 Thanks to YouTube user Levittownerent, we can view a myriad of rare videos about the park, some of which include appearances by a pre-Pepe Bill Barretta!

As you may know, Bill Barretta got his start working as a Sesame Place employee.  That’s where he met Brian Henson (while scrubbing toilets), who eventually cast him as the body of Earl Sinclair on Dinosaurs, and then later as the Johnny to his Sal, the Pepe to his Seymour, the Bobby Vegan to his Samson Knight.  Sesame Place: Bringing Muppeteers Together Since 1980.

The first video is “One Day at Sesame Place”, featuring a normal day at the park, including all the exciting prep work and cleanup involved in theme park maintenance.  As a bonus, you get to see Big Bird and two Honkers dance to the Beverly Hills Cop theme song.

Ever think about a career as a Sesame Place employee?  If you did, you’d have to watch this orientation video, featuring the real Big Bird, totally excited about all the neat stuff you can do, including playing on computers!  Little does he know that by 2013, that’s just about all we’ll do!

In 1983, Sesame Place held the Sesame Olympiad, which encouraged kids to get their parents to pay for theme park tickets so they could exercise or something.  More likely, it was an attempt by McDonalds to convince people that they don’t promote obesity.  Whatever the case, I think the Olympic committee missed a big opportunity by not letting a Honker carry the torch.

Here’s our first video with babyfaced Bill Barretta! The Barrettas and friends used to make their own silly videos whenever they had the chance, and as you can see by the rare appearance by a cigarette, this one was probably done without permission.  Still, it’s Bill Barretta talking about Sesame.  Watch it now, gang.

As a reminder that Bill Barretta wasn’t always Mr. Big Shot, you can see him cleaning tables, bathrooms, and the letters that spell “VOMIT” in the following two “Operations Illustrated” videos.  The Sesame Place brass must’ve known he was destined for greatness by featuring him as “Lou the Cleaning Madman”.  It’s too bad Lou didn’t pop up on Muppets Tonight at some point.

Still don’t know what Sesame Place is?  Wonder if the locals know either?  In this video, a bunch of random people are asked about the theme park, and most of them have no idea.  They must be Six Flags sort of people.

Lastly, let’s celebrate with a paaarrrtaaaay!  Jump back in time to the early ’80s and enjoy the vintage styles, classic tunes, and radical dance moves by the Sesame Place employees.  Feel free to join in!

Many thanks to YouTube user Levittownerent for uploading these fantastic videos!  And thanks to the Sesame Place managers who gave us the gift of Bill Barretta on camera. 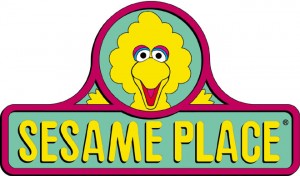 Click here to clean up a vomitous word on the ToughPigs forum!