See Caroll Spinney on His “Farewell Tour” of Conventions 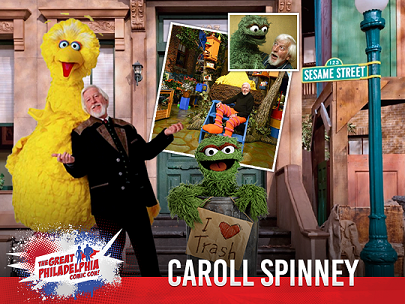 Caroll Spinney, a bona fide show business legend, has made appearances at dozens of pop culture conventions over the years. I often think that if he could, he would meet every single Sesame Street fan in person and say hello to them in Big Bird’s voice. This year, the man behind the bird and the grouch is making the rounds again — and this year, he’s calling his convention schedule his “Farewell Tour,” which means he’s retiring from the personal appearance biz after this.

So far, the only dates announced are for the Great Philadelphia Comic Con, on April 27th through the 29th. You can read more on the convention website.

We’ll update this post with more dates as we find out about them!

Click here to be a show business legend on the Tough Pigs forum!