UPDATE #2: See further below for more info about the Muppets’ appearance at SDCC, including the inclusion of a piece of the set!

Hello again, fellow nerds! It’s the most wonderful time of the year as San Diego Comic Con (SDCC for short) is almost here! As I’m sure we all know, Comic Cons aren’t just for comic books anymore, so in keeping with tradition, ToughPigs will be on the scene to cover all the Muppet-related goodness to come next week (July 9-11), and boy will there be a lot! Check out some of the offerings. 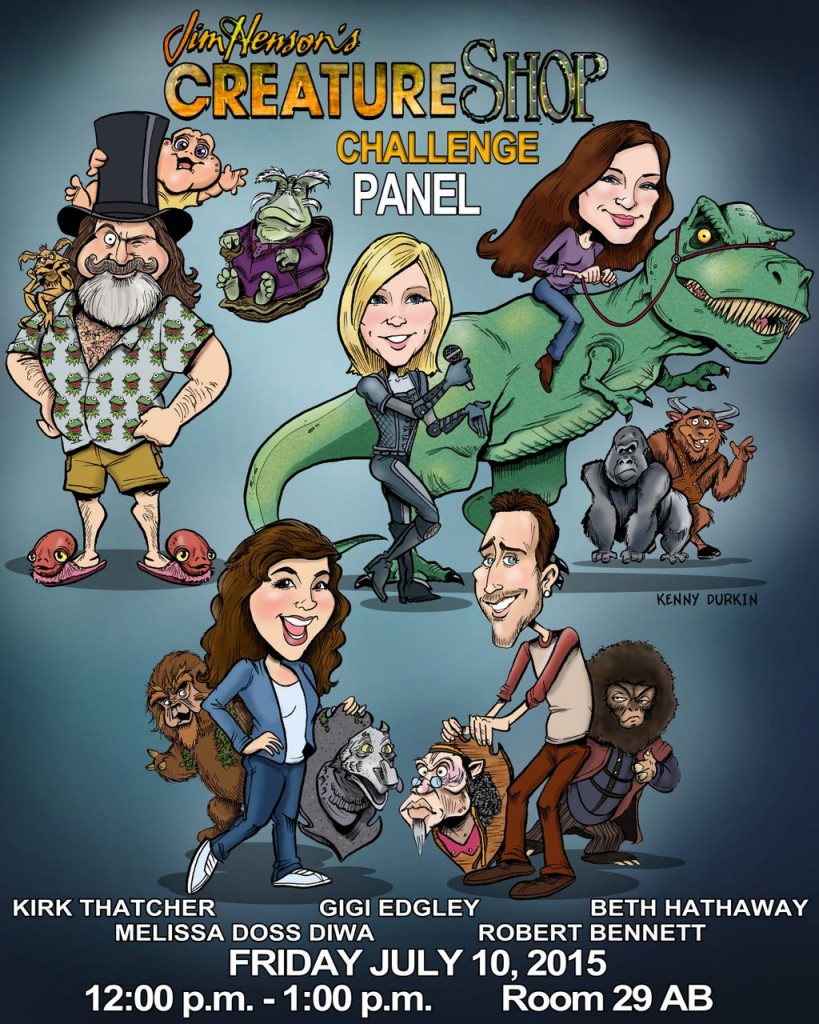 One of the biggest TV events last year (as least for our readers) was Jim Henson’s Creature Shop Challenge on SyFy. It combined the thrills of a competition show with the behind-the-scenes peeks at creature building that we all love. So even though there has been no announcement of a second season, the rumors of one are swirling more and more as the days of Comic Con approach. And what better place to announce it! Than SDCC! (Editor’s Note: We make no promise of any announcements of any kind.) On-hand will be judge Kirk Thatcher (hopefully dressed as Judge Dredd since it’s Comic Con), and Gigi Edgley (hopefully dressed as Rygel because hey, why not!) to talk about all the glitz, glamour, and excitement of the first season. The panel promises to include video clips, a puppeteer, and creatures – and those things all sound great! 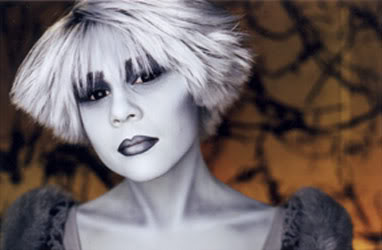 Gigi Edgley will also be signing autographs all throughout SDCC so make sure to have your Chiana 8×10’s ready and check your guidebooks for times/location! 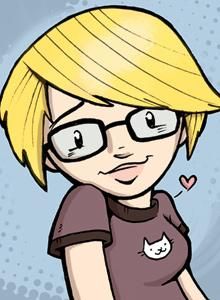 You know who’s cool as heck? Katie Cook! And SDCC agrees! The artist and writer of Gronk, My Little Pony, and some of the best Fraggle Rock comic book stories has a spotlight panel this year in San Diego where she will talk about her work as an illustrator, writer, nerd, crazy cat lady, and be doing a rapid-fire Q&A with the audience while taking audience suggestions for drawings that she’ll be doing live on stage. Let’s all go to this panel together and yell out “PHILO!” as loud as we can! 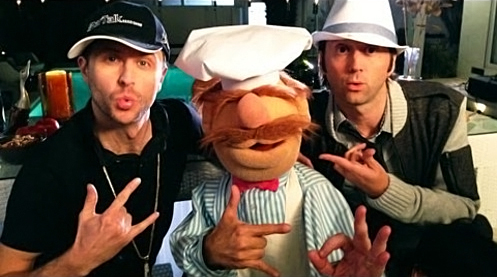 Chris Hardwick’s Nerdist will once again discuss all things geeky in their panel, and while we can’t confirm this, they do have a very close relationship with The Jim Henson Company so there are better than average odds that something puppety will pop up. Or not. I mean, they didn’t last year but this is 2015! Anything could happen! Which is to say that we really don’t know. Roll the dice and enjoy your burrito! 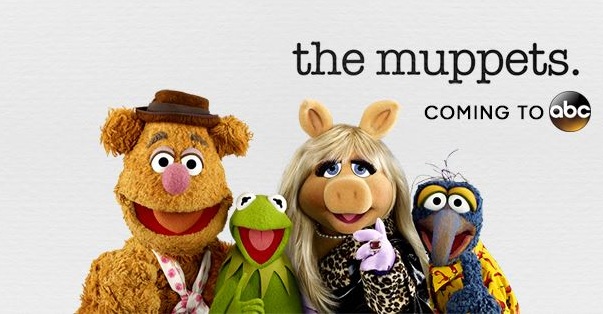 The Muppet Show Coming to ABC

So, have you guys heard about this new Muppet Show thing? I guess a few of our regular readers might have heard of it. But in case you’ve been living on Koozebane for the past few months, guess what? THERE’S A NEW MUPPET SHOW COMING TO ABC THIS FALL! This showcase is sure to give us lots of insight into the new show with a panel that includes co-creators/executive producers Bill Prady and Bob Kushell, executive producer/director Randall Einhorn, and executive producer/Muppeteer extraordinaire Bill Barretta, as well as a promise of more Muppeteers! Given the intimate(-ish) setting and the precedent that last year’s Sesame Street panel set, we may even see the performers sitting with Muppets-on-hand here as well. How cool would that be?! But no matter how it’s run, this is sure to be a not-to-miss panel for Muppet fans. 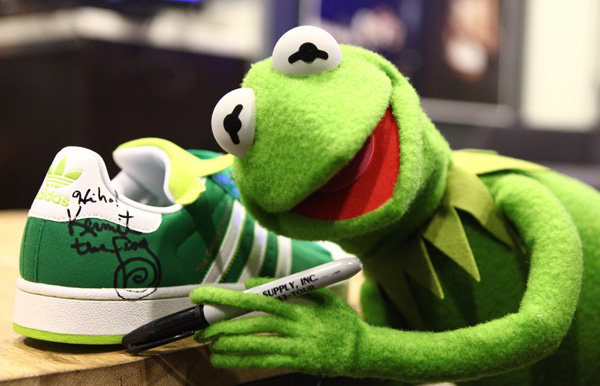 And before the panel, there’ll be a Muppets signing session over at the ABC Booth! Now a word of warning: There aren’t too many details yet about the signing itself, so it’s hard to say if it’ll be like the Sesame Street one last year which allowed for pictures and gave fans pre-signed photos, or if it’ll be done completely differently. There’s also no word on whether this will be a ticketed signing, which are notoriously tougher to get into than the ones in Autograph Alley. We might not actually know that info until the day of the signing. But best of luck to all and here’s hoping every Muppet fan gets in! 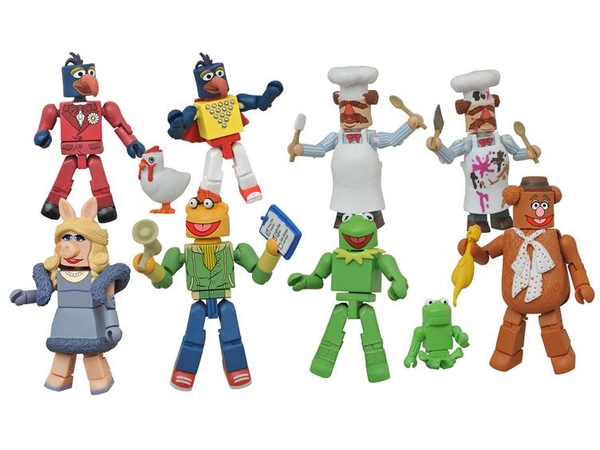 Minimates Mini-Figures: From Ant-Man to Zombies

Get a preview of upcoming lines from Minimates from President of Diamond Select Toys Chuck Terceira, Prototype painter Jason Wire, and Marketing Supervisor Zach Oat. They’ll be discussing new series based on Marvel Comics, The Walking Dead, Gotham, Jay and Silent Bob, Back to the Future, and of special interest to us – Muppets! And then the following day, Diamond has another panel that will focus on the rest of their toys, including (hopefully) the highly anticipated Muppet action figures. 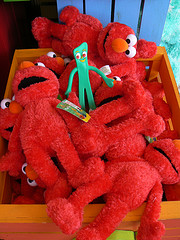 Like Disneyland, Rowan Atkinson, and Kermit the Frog, Gumby is celebrating his 60th birthday this year. To highlight all the fun he’s given us over the years, Joe and Joan Clokey will show behind-the-scenes clips from Gumby’s studio, Clokey Productions, and host a Q&A with animators, directors, Gumby comics writers and illustrators, and more. And the more is where Henson fans come in because just this year, The Jim Henson Company announced that it’s working with Permavision on a new full stop-motion series. This panel just might be our first peek at what that will look like. We should see what Gumby can do today! 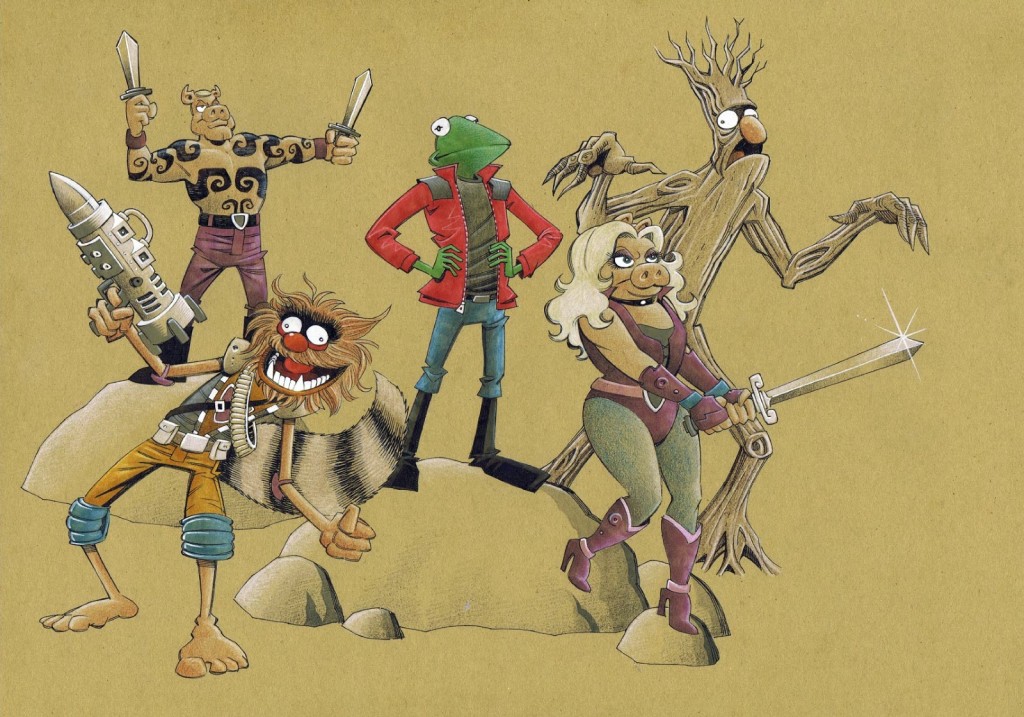 For all you art lovers, there will be plenty of Henson-related artists lending their pencils to your requests. Look for Katie Cook at Table HH-17, David Petersen at Table GG-09, Jay Fosgitt (and maybe that infamous Bodie Troll puppet?) at EE-09 and over in Exhibitors’ Alley, stop by Amy Mebberson & James Silvani‘s Table at F-07. Also, ABC will have their own booth (most likely with some Muppety goodness) on the Exhibitors’ Floor at Booth 4245, and Boom! Studios will be stationed at Booth 2229.

Also, there are always plenty of fan art pieces to be found in Artists’ Alley. It’s almost certainly worth your time to spend an hour or so digging for buried Muppet treasure amongst the Guardians of the Galaxy mashup pictures. So much mashup potential! 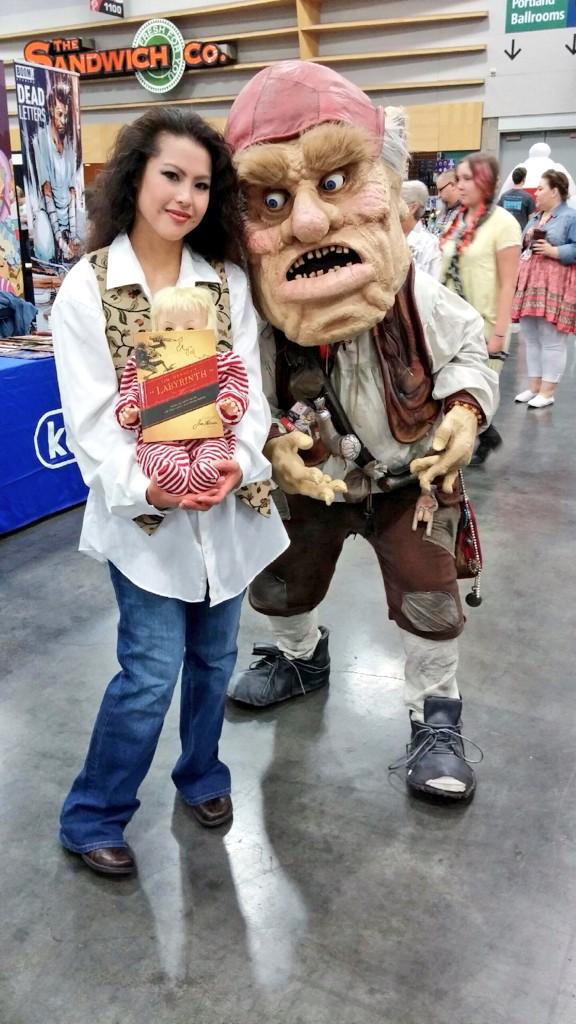 And then, of course, there’s the merchandise. SDCC is all about cross-promotion and marketing along the spectrum, so a trip to the Hallmark booth will be worth your time to get a sneak peek of what Muppet Christmas ornaments we can expect in the next year or two. WeLoveFine will be there with their geek-inspired t-shirts and we know they’re always good to hit up for the Muppet fan on your gift list. And with those new Muppet action figures and Minimates coming to stores soon, one of the first booths I’ll be checking out is Diamond Select at Booth 2607 to try to get a preview of their line. 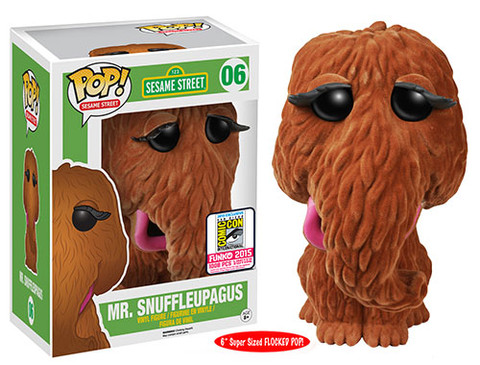 Do you like those Muppet and Sesame Street Funko Pop toys that have been coming out over the past couple years?  Well then you’d better line up at the Funko Pop booth to get your hands on this exclusive version of the Mr. Snuffleupagus figure!  A normal Funko Pop toy is only 3″ tall, but Snuffy stands at 6″.  He’ll be available in stores eventually, but Comic Con will be the only place where you’ll be able to buy a flocked version.  So, he’ll be fuzzy to the touch, assuming you actually want to take him out of the box.  He’ll cost you $20, and be sure to line up early, as he’s bound to sell out quick.  (Click here for more info about Funko’s booth procedures.) 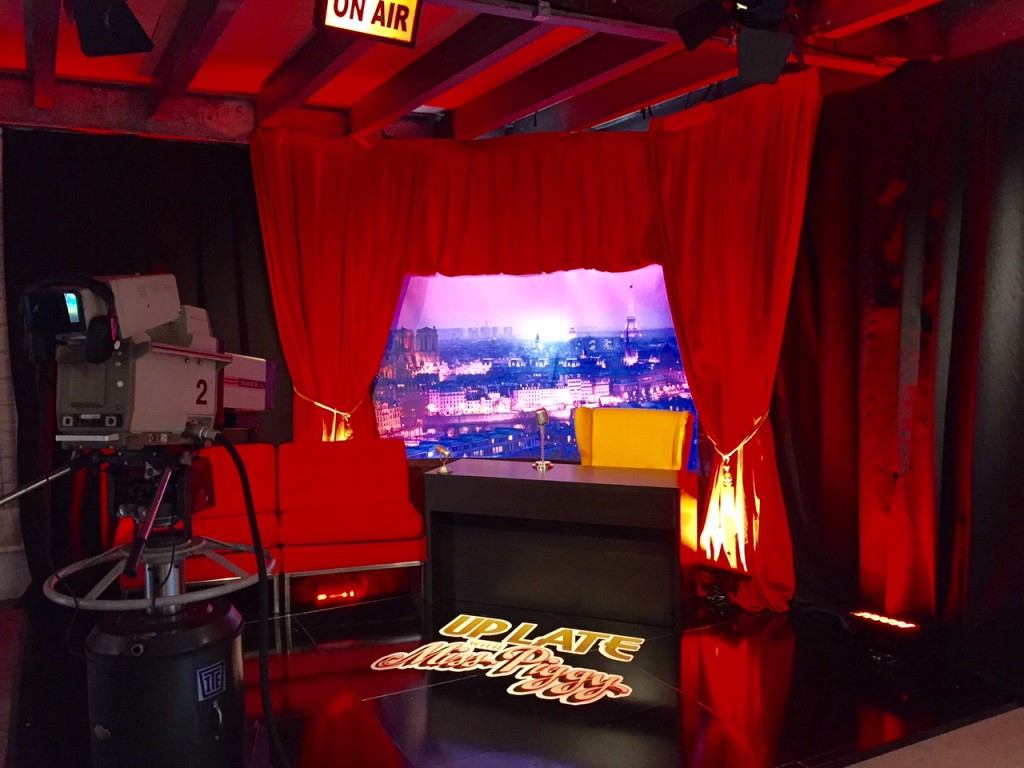 “Up Late With Miss Piggy” Set

If you head over to the ABC Sound Stage at SDCC, you’ll get a rare glimpse at an actual piece of the set from the upcoming Muppet TV series!  Yes, you’ll see what Miss Piggy’s new talk show set will look like.  The area will also have a sneak peek of the series from the “control room” and a make-your-own GIF booth featuring ABC characters.  And if you stick around long enough, maybe they’ll put you on the show (probs not tho).

Be sure to check back here on ToughPigs after SDCC for our report all about the stuff we just told you about!  Now let’s get geeky! 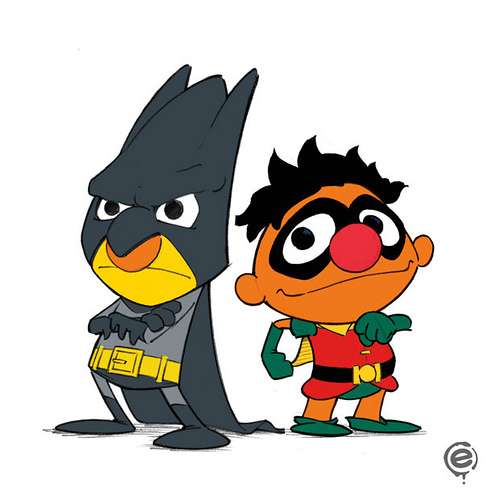 Click here to collect autographs on the ToughPigs forum!