With San Diego Comic Con (SDCC for short) fast approaching this week (July 24-27), millions of comic book fans are asking the obvious question: Where can I see Bert? Well fret not, Muppet fans! Tough Pigs will be there again this year, and we’ve got a primer on all the fun things Henson fanatics should look out for. 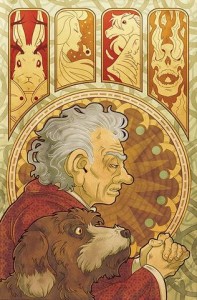 There are plenty of comics to be excited in 2014 and 2015, but the ones Tough Pigs are probably most looking forward to will be discussed in depth at this panel. In their announcement, Archaia – an award-winning imprint of BOOM! Studios – mentions that they’ll be talking about this year’s hardcover reprints of the novelizations for Labyrinth, The Dark Crystal, and The Storyteller, as well as the upcoming Musical Monsters of Turkey Hollow, which I’m sure we all know by now is the production of a previously-unreleased script by Jim Henson drawn by Roger Langridge.

Panelists will include Jeff Stokely (Jim Henson’s Storyteller: The Witches, Fraggle Rock), Ian Herring (Colorist on Tale of Sand), and Shane-Michael Vidaurri (Jim Henson’s Storyteller: The Witches), but given that it’s Comic Con I wouldn’t be completely shocked if surprise guests showed up from Henson comics past, present, and future. The panel will be moderated by Rebecca “Tay” Taylor, the Henson line editor at Archaia. 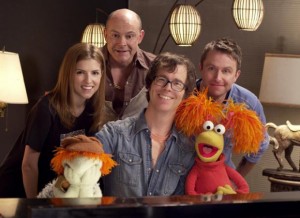 Chris Hardwick’s Nerdist Empire (their title, not mine) will discuss all things geeky in their panel, and while we can’t confirm this, they do have a very close relationship with The Jim Henson Company so there are better than average odds that something puppety will pop up. Or not. We really don’t know. But if you like Talking Dead, I’d say go anyway!

Sesame Street & Pop Culture: 45 Years of Spoofs on the “Street”

Now this panel is guaranteed to have puppeteers – and probably a Muppet or two! – as the long-running and beloved Sesame Street celebrates their keen eye for parody over the years. This panel will feature special screenings of “Numeric Con” and a new Cookie Monster’s Crumby Pictures, the extremely-relevent-for-this-setting “Star S’mores.” Chris Hardwick moderates so chances are really great that you’ll see him with a puppet or two before Comic Con is over. On hand will be performers Eric Jacobson, Joey Mazzarino, and David Rudman, so be on the lookout for something on their hands as well. Executive producer Carol-Lynn Parente will also be there, though probably bare-handed (as opposed to Rudman, who may or may not show up Baby Bear-handed). 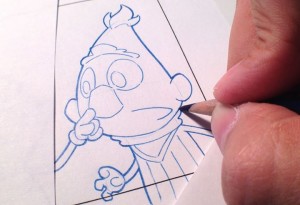 If you’re lucky enough to get into the Sesame Street panel, you’ll also get a free print of the Comic Con-themed “Sesame Bits” comic strip, illustrated by our pal Evan Cheng!  As far as we know, this is the first time the awesome Sesame Bits comic has been printed, so it should be extra-exclusive.  When you get one, be sure to put it in a polypropylene plastic bag with a stiff piece of non-linting cardboard and keep it in a dark, temperature-controlled place and never touch it with your bare hands.  Yay, comics! 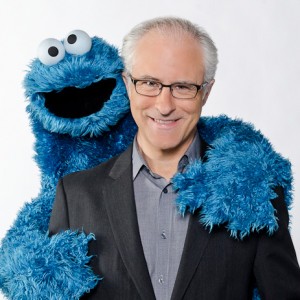 And immediately following the panel, head over to Autograph Alley and have Eric Jacobson, Joey Mazzarino, and David Rudman sign your “I LOVE BOBU” tee-shirt. 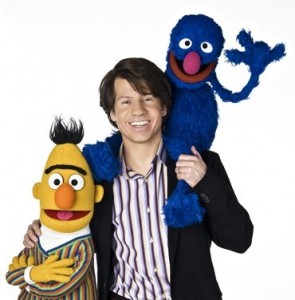 A Conversation with Sesame Street

Before we get your hopes up, it looks like this event is sold out.  And unfortunately, we didn’t know it even existed until too late.  The trio of Sesame Street performers appearing on Sunday will be holding a Q&A with their characters: Cookie Monster, Bert, Grover and Murray Monster.  If you’re feeling abnormally lucky, feel free to keep checking the reservation page in case more tickets become available.  And if you can’t be there, then you’re just like everyone else who didn’t make it to San Diego this year, so you’re far from alone.

Mark Magner, Sesame Street Staff Artist and Design Director for Global Consumer Products at Sesame Workshop, will be presenting something pretty cool at the Wacom booth on the Exhibitors’ Floor. Wacom is the maker of digital art tablets and Magner will be presenting how a Sesame Street DVD cover gets made. Sesame Street has some pretty neat covers in their DVD library so this especially sounds cool for any graphic design fans out there. I just hope someone from Disney stops by and learns that there are more techniques to DVD covers than the same six images of Kermit. 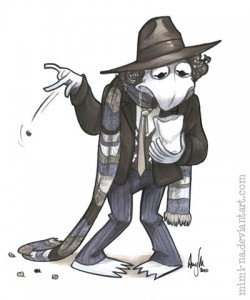 And for all you art lovers, there will be plenty of Henson-related artists lending their pencils to your requests. Look for Katie Cook at Table HH-07, David Petersen at Table GG-09, and over in Exhibitors’ Alley, stop by Amy Mebberson & James Silvani‘s Table at F-07.

Also, there are always plenty of fan art pieces to be found in Artists’ Alley. It’s almost certainly worth your time to spend an hour or so digging for buried Muppet treasure amongst the Tintin and Obelix mashup pictures. (Kids still like Obelix, right? Doesn’t John Goodman have an Obelix movie in the works or something?) 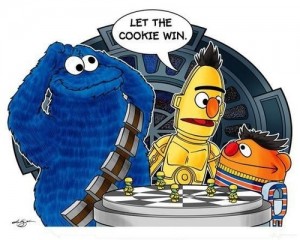 And certainly don’t forget the cosplayers! I’ve seen some pretty great Muppet costumes at Comic Cons past and expect this year to be no different. Fan favorites like Animal and Swedish Chef will most likely pop up walking the floor. In addition, with California being a big puppetry scene as of late, I’m anticipating a few fanmade Muppets to be roaming the convention center.

And then, of course, there’s the merchandise. SDCC is all about cross-promotion and marketing along the spectrum, so a trip to the Hallmark booth will be worth your time to get a sneak peek of what Muppet Christmas ornaments we can expect in the next year or two. WeLoveFine will be there with their geek-inspired t-shirts and we know they’re always good to hit up for the Muppet fan on your Hanukkah list. As for me, I’ll be keeping an eye out for my fifth Lew Zealand Palisades figure at the collector’s tables.  I really like the nachos there but they can get messy, and after all, he’s got the paper towels. 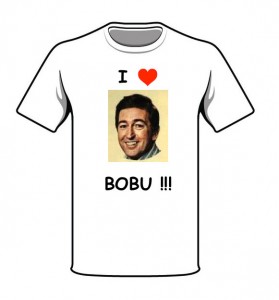 Click here to cosplay at Bobu on the ToughPigs forum!