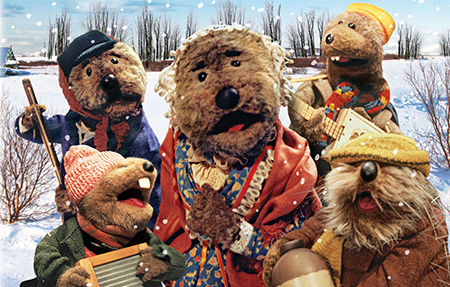 Emmet Otter’s Jug Band Christmas is one of my favorite all-time holiday specials.  It’s got Muppets, memorable characters, heartfelt themes, and so much joy.  But also, it has amazing music.

It’s surprising that the soundtrack, with songs written by the amazingly talented Paul Williams, has never been officially released.  It seems that may be changing soon.

A listing for an Emmet Otter’s Jug Band Christmas soundtrack has popped up on Amazon.  Assuming it’s real, the album will be released on the Varese Sarabande label, which specializes in rare soundtracks.  (In fact, they released the score to The Storyteller earlier this year.)

Again, assuming this is true, the soundtrack will be released on November 2nd, just in time for the holidays.

We have no confirmation as of yet, but we’d assume the track listing would include:

There are also some possibilities of extra songs in addition to the ones we hear in the film.  “Born in a Trunk” is a deleted song, which appeared on a recent DVD release of the movie.  Songs like “Waterville” and “Trust” were written for the stage version of the film, but never released on a cast recording.  We could also get music from the score.  Any of these would be amazing additions.

We will keep you updated on any news surrounding this release.  And hopefully we won’t have to hock a toolbox or put a hole in a washtub to get it!

While we wait for more news, let’s enjoy a little Barbeque:

Thanks to Brendan Sandham for the tip!  Click here to scratch that washboard on the ToughPigs forum!