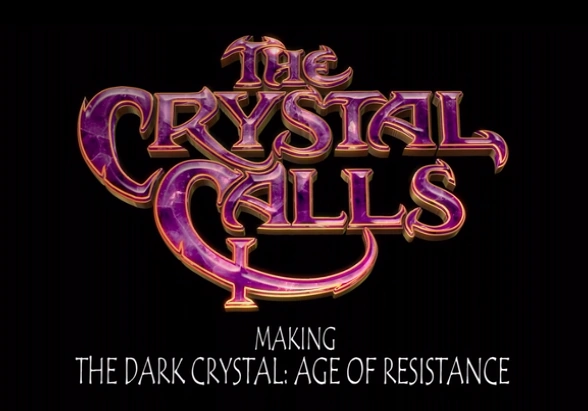 This has been a great couple of weeks for fans of Jim Henson. The Dark Crystal: Age of Resistance has finally been released on Netflix, and the first season (and hopefully not the last) is the best work The Jim Henson Company has done since its namesake’s passing almost three decades ago. And not only did we get ten episodes of high-quality storytelling, we also got a feature-length documentary that takes viewers behind the scenes of this elaborate, ambitious project in The Crystal Calls: Making The Dark Crystal: Age of Resistance! But is it a match for the level of detail we see in the series, or does this shard not quite fit the crystal of the show? Let’s make like a Grottan and head below the surface to find out… 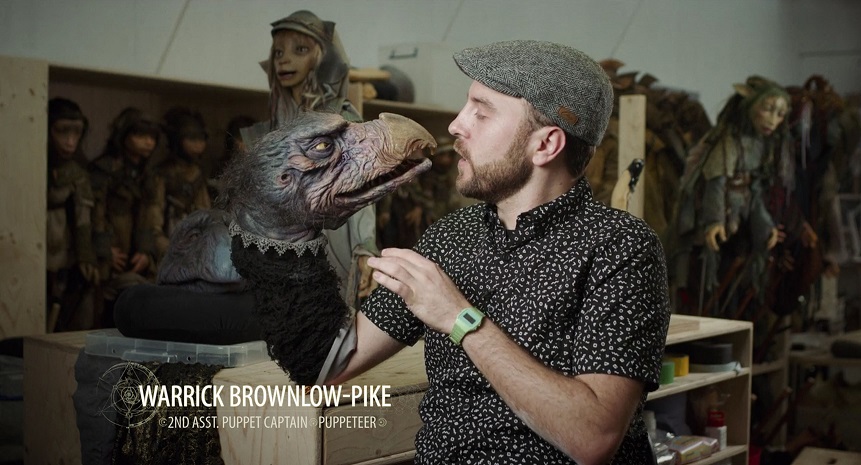 First of all, this documentary might be interesting enough for the casual fan, but for a Henson fan that sees people like Louise Gold, Brian Froud, and Warrick Brownlow-Pike as the rock stars they are, this is pure catnip. Showing off puppets being made, early test footage, and the concept art and models that were created for this project are worth the proverbial price of admission alone. Watching this film enhanced my appreciation for the sculptors, puppet builders, designers, puppeteers, voice actors, and cinematographers, even for the Netflix executives that saw the potential in a Dark Crystal series. (And especially those who realized that this story could only live up to its true potential with live-action puppets. Seriously, looking at the test footage of a CGI Gelfling and what we ultimately got, it’s like night and day.) We get peeks into every aspect of the production process, which I absolutely love. These people deserve the spotlight every chance they can get, and this documentary gives so much appreciation. 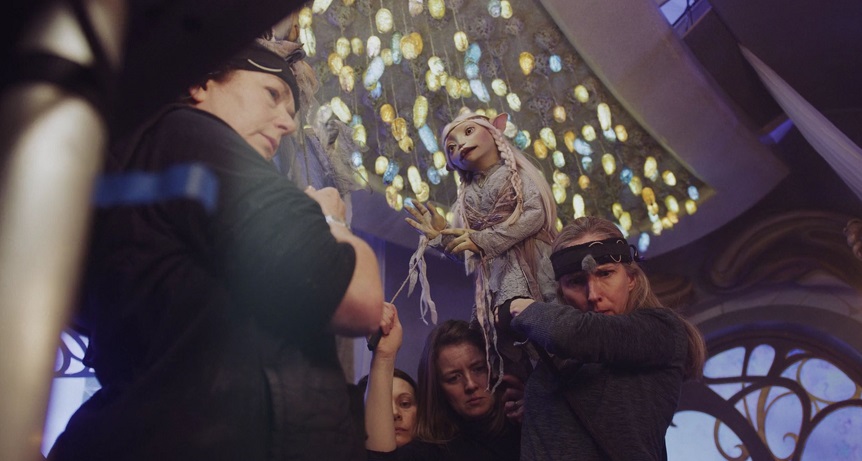 And I guess that’s where my biggest criticism lies: the film shows more of the appreciation of these people than the actual jobs they do, nearly to the point of being self-congratulatory. It’s something I think should absolutely be included, but it does do it to excess. The best parts of this film are when they focus on the process. Did you know that 70-80 sets were constructed for the series in a matter of six months? That’s something that’s fascinating, considering there were less sets built over three years for the original film. But all we really get are stories and little bits and pieces of footage of the sets nearing completion. That’s something I would’ve loved to see being constructed from the ground up.

Another highlight is seeing how much work goes into getting a puppeteer into a Skeksis puppet. But soon, we’re back to talking about how much work the puppeteers do. And that’s important, but I would’ve liked to have seen more of the work they put in. I think a few outtakes that show how how hard it is to do this would’ve gone a long way. 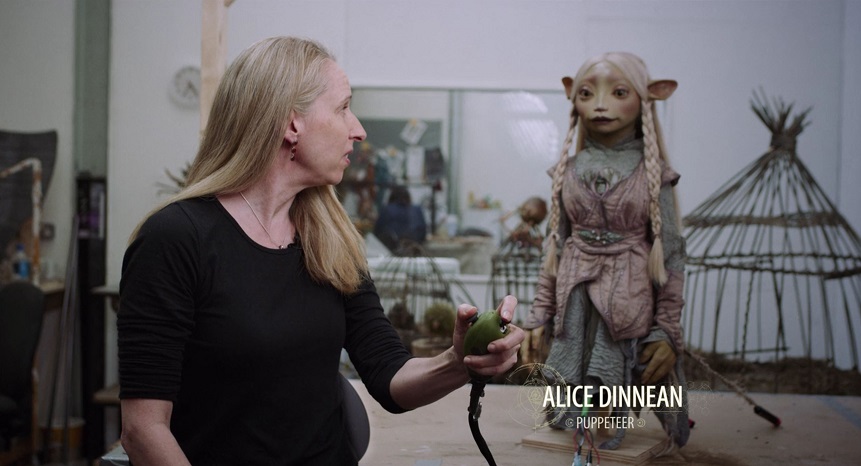 But the stars of the film truly are the people that made this possible, and I’ll admit, I did have a few fanboy moments where people that I recognize from seeing their names on the Muppet Wiki and in conversations on the Tough Pigs forum and elsewhere got to have their moment in the triple suns. Where else can you see Victor Yerrid, Alice Dinnean, Helena Smee, John Criswell, and Peter Brooke showing off their skills in front of the camera, and more importantly, getting equal time with more mainstream celebrities like Taron Egerton, Natalie Dormer, and Jason Isaacs? This reminds me a lot of the behind-the-scenes specials that were done back in the days of Jim Henson, like Henson’s Place, Of Muppets and Men: The Making of The Muppet Show, and of course, The World of The Dark Crystal. Of course, the technology has evolved since then, so there’s a lot more ground to cover, hence the longer running time. 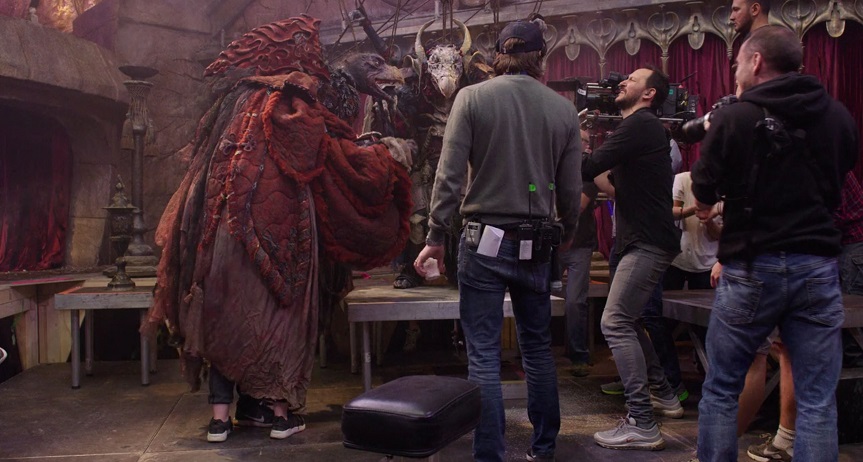 If the idea behind this documentary was that Netflix and The Jim Henson Company had a lot of B-roll and interview footage, and they decided that they could construct a whole documentary around it, then this is a monumental success. If the idea for a documentary was there from the beginning, then it’s still very good, if somewhat uneven. A greater focus on the process itself would’ve helped elevate the message that this was a major undertaking.

But as it stands, you can definitely see that this was a labor of love for so many people. The level of affection and care that the crew and cast had for the world of Thra and its inhabitants is on full display here. And it’s especially refreshing to see that a lot of them are hardcore Henson geeks, too.

Click here to cram into a Skeksis on the ToughPigs forum!