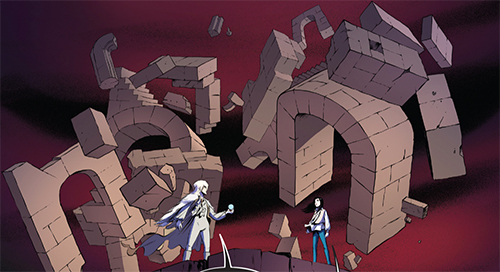 Is anyone reading this? Is anybody there?

The final issue of Labyrinth: Coronation, the comic book quasi-prequel to Jim Henson’s classic film Labyrinth, landed last week. The 12-issue series was much better than most of the comic companions to Henson properties from Archaia, and has been a fun and respectful series for anyone who loves Labyrinth as much as me.

But are you reading it? Do you care when we post preview pages or reviews? Is it even on your radar?

I admit, there’s something about those questions that I relate to on a visceral level. Here at ToughPigs, we spend a lot of time and effort creating original content inspired by the creations of Jim Henson, and we often feel like we’re spending a lot of time working for just a few clicks, or a few sets of eyeballs.

Is this what writers Simon Spurrier and Ryan Ferrier feel like? Is this the sort of reaction artists Daniel Bayliss and Irene Flores also have? Do the staff at Archaia wonder if their efforts are paying the proper amount of respect to both Jim Henson and his fans?

I don’t say this for pity or compliments or in a desperate attempt at additional attention. But when you’ve been at this game for as long as we (or Archaia) have, it’s going to come up once in a while. 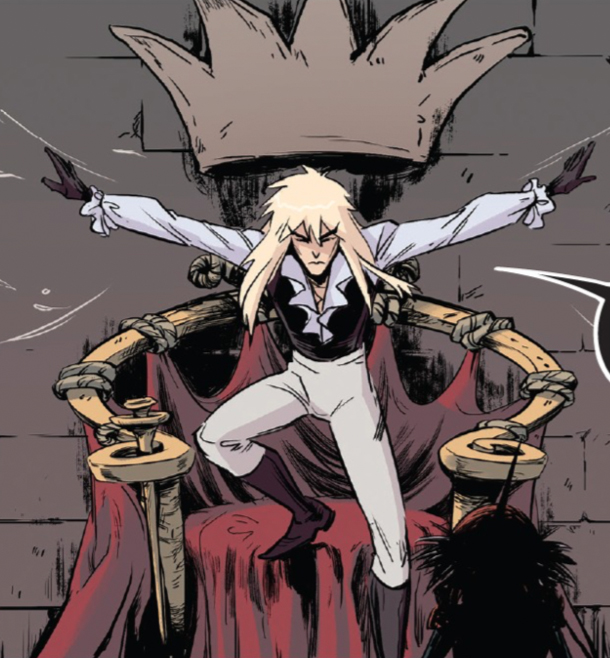 Then again, does it matter? We’re all here to do what we can to turn our fandom into inspiration, and our inspiration into meaningful content. That content can be just as effective to one person as it can to thousands. As long as someone cares, then it can be all worthwhile.

That said, maybe I don’t care if you haven’t been reading Labyrinth: Coronation, because I care about it.

But really, I wish you did care. I want to share in the joy I got from this series, from Jareth’s mother Maria’s journey into the Labyrinth before the events of the film, through her encounters with the various members of her party (including a Goblin knight, a worm with a sword, and a talking rose bush), and into her final battle with the Owl King. I was completely invested in her entire story, and I was consistently impressed with how it managed to add to the Labyrinth mythos, telling its own self-contained story, and allowing for the original film to remain untouched (should you choose to ignore the events of the comic).

The bottom line is this: The series is good. It will be good whether you choose to read it or not. You’ll make your own decision and form your own opinion, as it should be. But remember, there’s good Henson-related content out there at your local comic shop, just as there is here on ToughPigs. Whether you’re a part of it or not is up to you. 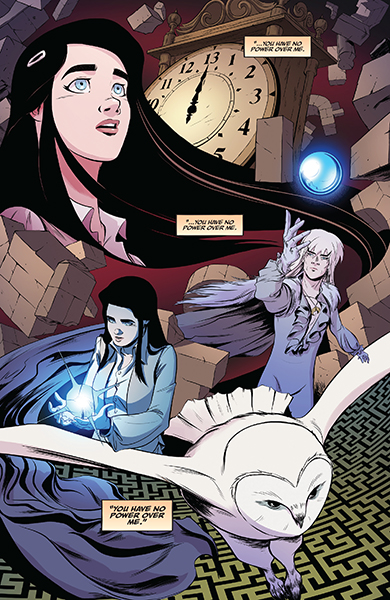 Click here to turn into an owl on the ToughPigs forum!