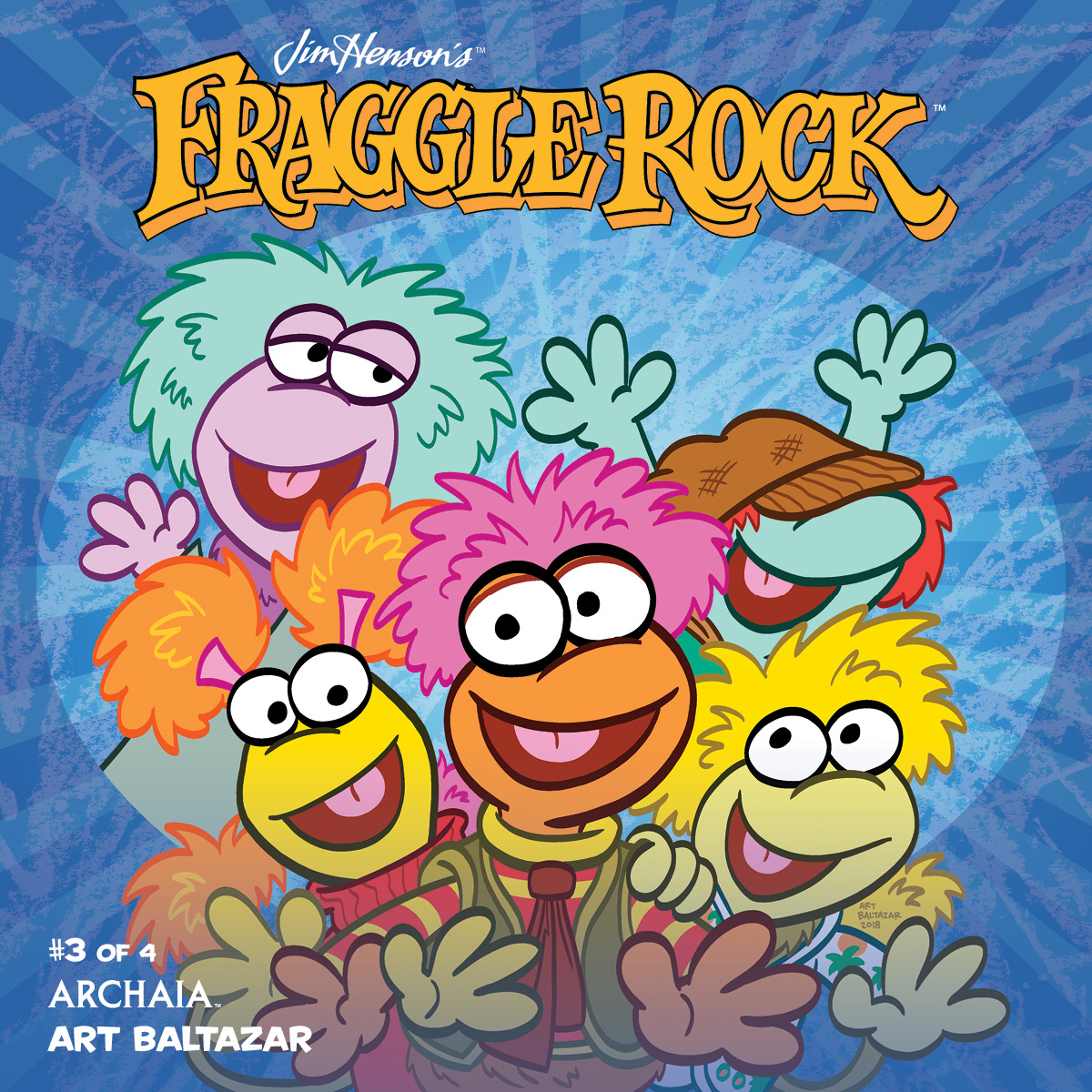 The simple side of Fraggle Rock is on full display in the latest issue of the Fraggle Rock comic book.  The writer and artist featured is Art Baltazar, whose work I’m very familiar with – he is half the talent (along with Franco Aureliani) behind some amazing all-ages comics like “Tiny Titans” and “Superman Family Adventures”.  Their books are fun and funny, with a deep respect for history.  They’re also cute as all get-out.

In Baltazar’s Fraggle Rock issue, he brings all those elements together.  He knows that Fraggles can (and should) appeal to both kids and adults, and that it’s possible to focus on humor and life lessons at the same time.

But also, he gets that Fraggle Rock can be boiled down and simplified while still keeping the heart of the show in tact.  Just look at his character designs – Gobo is basically a circle with hair.  Each page only has three or four panels.  The dialogue is short and repetitive, with a good amount of onomatopoeia for all the actions.  It practically reads like a children’s book, but far more entertaining than any “Fun with Dick and Jane” nonsense.

In this issue, Gobo is looking for… something.  He’s awfully enthusiastic about finding it, and he manages to rope his Fraggle friends into helping, despite the fact that he simply can’t be bothered to elaborate on what exactly they should be looking for.  Their search takes them from the Fraggle caves to the Gorgs’ garden to Outer Space and back again.  There’s a lesson about friendship hidden in there somewhere (because of course there is), but most of the focus is on the fun of the Fraggles acting silly and bouncing around the Rock. 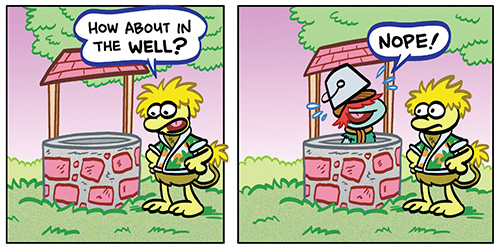 Without spoiling anything, the lost item in question has polarizing meanings too, just like the dichotomy of Fraggle Rock‘s complexity/simplicity.  It’s appropriately universe-changing while also (and at the same time) infinitely small.

Like Jim Henson said, “Simple is good.”  But there’s a lot of depth that can be found in the simplicity, and the latest issue of the Fraggle Rock comic does a marvelous job at highlighting both facets of the series.

Issue #3 of the Fraggle Rock comic book is in stores now, and get ready for next month’s issue #4 featuring story and art by Katie Cook!

Click here to search for that thing on the ToughPigs forum!