Piggy’s Rebound: Topher vs. Liam vs. Nathan vs. Josh

The following article was written by guest writer Rachel Deering.  Many thanks for your contribution, Rachel!

With the recent controversy over Kermit’s new gilt (look it up, I’m being clever), I for one have been anxiously awaiting the announcement of Miss Piggy’s rebound beau. The promos have been giving us some hints, and the ten-minute pilot gave us what was supposedly an obvious answer. However, the announcement of Josh Groban as her official pick has me thrown for a loop. Why him? With all of her options and obvious desirability, why did Piggy pick the classy crooner over, say, the mature nerd Nathan Fillion, the hot-to-trot Liam Hemsworth, or the nostalgia cutie Topher Grace? Well, if Kermit and Piggy won’t oblige my original OTP, I’m going to make up my own. So, who would be the best choice for our sultry swine? Here’s my take: 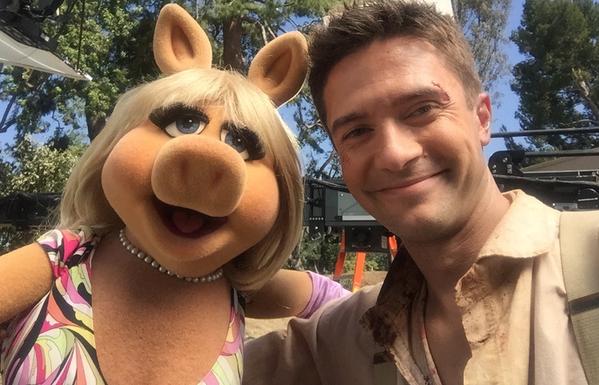 Yay: He’s cute. He’s talented. He understands the nostalgia circuit that the Muppets so frequently cater to. And look at how happy he looks. He’s already gotten a taste of the Piggy; no way can he resist her porcine charms now.

Nay: He has no history with the Muppets or their franchise. He was kind of a random choice to highlight in the pilot. His acting is top-notch but his chemistry with our favorite diva was sort of forced. It’s obviously a one-way relationship; he’s going to get his heart broken. Therefore, his Piggy compatibility rating is… 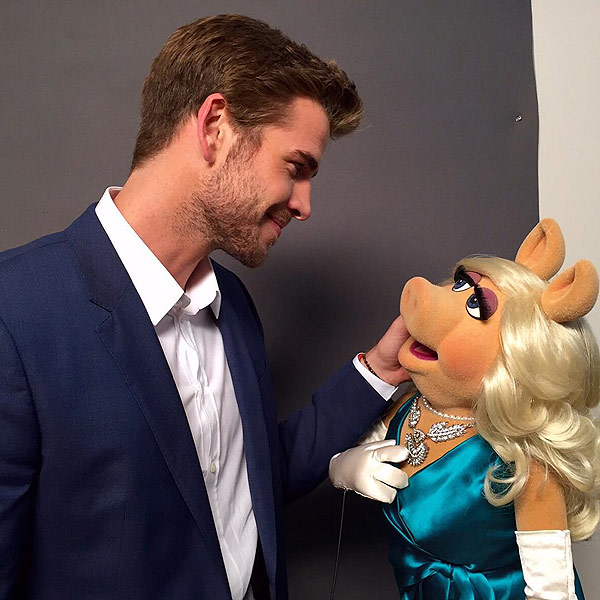 Nay: Again, no history with the Muppets, and not even the nostalgic connection that makes Topher Grace work. Also, he was born in 1990. Miss Piggy first appeared in 1974 on Herb Alpert and the Tijuana Brass, so it can be assumed that she’s way out of his age league. Therefore, his Piggy  compatibility rating is…

Two loving glances out of five. While his passion is obviously great, his chances are slim to none. 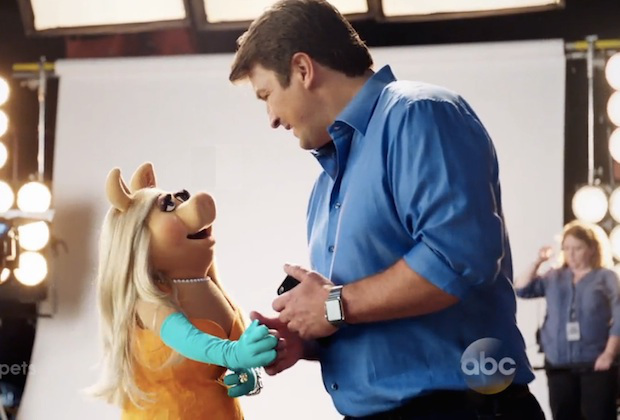 Yay: He’s mature. He’s handsome. He’s nerdy and funny. He’s got a distractingly amazing resume (along with other assets). And he has previous experience with our felt friends (albeit limited and only through Neil’s Puppet Dreams). He also has obvious interest in the newly single Miss Piggy (“Ex? Your ex? You sure? One hundred percent?”), and is the only one of our contenders so far to make a move. Here’s a reminder in case you haven’t seen his wonderful walk of shame:

I have never seen happier guilt in my life. He also obviously cares for Piggy, as evidenced by his apology for his amazing backside. He’s the whole package, wrapped up for our convenience.

Nay: … I got nothing. Therefore, his final Piggy compatibility rating is…

Five castles out of five. Fit for Princess Piggy and her new non-frog prince. 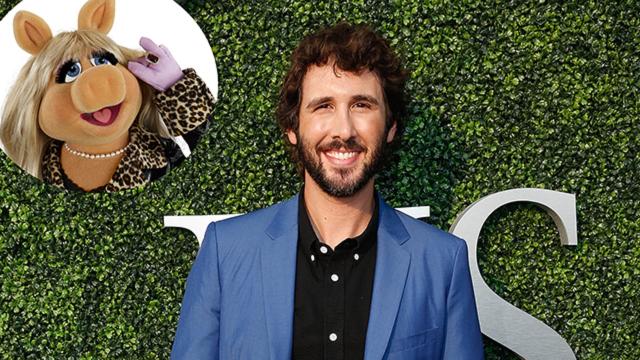 Yay: He’s so adorable! His voice is as golden as Piggy’s hair and their duets would be as beautiful as their children. He also cameoed in Muppets Most Wanted in the gulag, and even though his screentime was minimal, his eartime was plentiful and wonderful. He’d probably treat Piggy like she deserves to be treated: as perfect in every way. Better than Mary Poppins.

Nay: Honestly? He seems kind of… chosen. His introduction isn’t as organic as Denise’s was, and he seems a bit out of left field. Also, HE WAS IN THE GULAG. What did he do? Why was he locked up in that box? Is his boy-next-door aesthetic a guise for a truly evil mastermind? The world may never know. Therefore, his Piggy compatibility rating is…

Four angry Piggys out of five. He’s a fairly compatible man, but we don’t really have a choice, now do we?

Well, there you have it. If we can’t have Miss Kermie, we might as well have Nathiggy. But that’s just my opinion. The ABC overlords have decided… I mean, Miss Piggy has already made her choice. Let’s just hope it’s the right one. 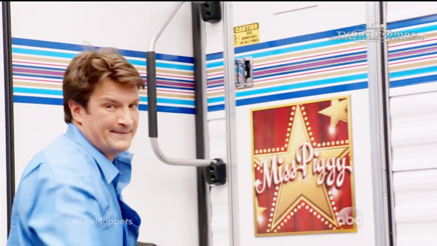 Click here to take the walk of shame on the ToughPigs forum!